There is an old adage, “take stock of the company you keep”. While there are many reasons why we might wish to be knowledgeable about the people we associate with, a recent study gives us a potentially new reason. One that might give a few of us pause. As it turns out, we are more tolerant of people who have similar negative personality traits as us.

In the study by professors Miller, Maples-Keller and Lamkin, college students were asked to rate themselves on a series of personality traits, some positive and some negative. Ten days later they were asked to rate how they felt about other people who had those traits. The single most consistent finding was that subjects viewed other people more favorably if they shared a trait, no matter what the trait was.

That is to say, if a subject had a lack of impulse control they would rate another person who shared that trait more highly than a person of typical impulse control would have.

This tendency was strongest, however, in one trait above all: antagonism. With the connection being most prominent for the the trifecta of narcissism, psychopathy, and Machiavellianism. 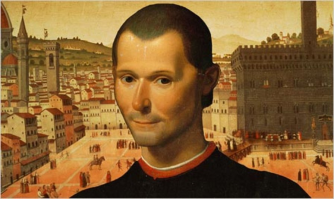 There are some who object to the idea that those traits are all that bad.

Now, antagonistic people didn’t claim to like these traits in other people. They rated them as traits of average likability in other people, but this was much higher than the resounding disapproval of the trait given by people who did not claim to be antagonistic. A person with a generally negative trait will tend to tolerate their own trait in others.

This information might not come as a surprise. After all, we can all think of that one couple who have an odd trait or two between them but don’t mind at all. And traits that most people might find negative, like Machiavellianism, can be viewed more favorably by others; be it by differing values or by rationalization. This, of course, might also explain why people would be attracted to others who share their most toxic tendencies; they just don’t view them as negatively as others do.

Questions remain with this data, all of the subjects self-reported their tendencies to these personality traits. Would a person who doesn’t know they are antagonistic still think of it as an average trait? Were the subjects honest? The study also only asked about likability, there was no inquiry into if they would interact with people who had those traits.

It seems that people who declare themselves to have certain personality traits view that trait more favorably in others. So, if you like people who have questionable tendencies take a good look at yourself.

Ask Ethan: What’s the difference between a Fermion and a Boson?

The particles of the standard model, with masses (in MeV) in the upper right. The Fermions make up the left three columns; the bosons populate the right two columns. Image […]