One of the most influential drivers of human behavior is curiosity. That urge to discover, learn, and explore has been the driver of some of the most significant achievements in history. While the benefits of curiosity for cats remains in debate, there is no question that it is a mainstay of human progress.

But, have you ever been curious about how curiosity works?

Curiosity has been a focus for psychologists since the dawn of the science. American philosopher and psychologist William James proposed that it was a major element of human motivation more than 100 years ago. More recently, however, several models of curiosity have been introduced offering to explain not only how it motivates us, but how individuals might differ from one another in how we are curious.

Dr. Todd Kashdan of George Mason University has spent years studying curiosity. Over his career, he has developed several models of curiosity, trying to determine how it works, inspires, and occasionally distracts us. His newest model breaks curiosity into five dimensions, which can be stronger or weaker in each individual. 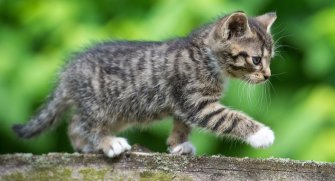 Regrettably, the model cannot be applied to curious cats.

This model defines curiosity as “the recognition, pursuit, and desire to explore novel, uncertain, complex, and ambiguous events.” Positing that this sensation can be experienced differently, the researchers behind the model worked with hundreds of American adults to help determine how they experienced curiosity and break it down into its core elements.

Later, they tried to quantify these elements into a single model. Ultimately, they settled on five dimensions of curiosity. Each of the five dimensions can be measured using a series of yes or no questions. Each “yes” answer indicates that dimension being more predominant for an individual.

The five dimensions, and the questions used to determine how strongly they influence a person are:

Joyous exploration: I view challenging situations as an opportunity to grow and learn. I am always looking for experiences that challenge how I think about myself and the world. I seek out situations where it is likely that I will have to think in depth about something. I enjoy learning about subjects that are unfamiliar to me. I ﬁnd it fascinating to learn new information.

Deprivation sensitivity: I like to try to solve problems that puzzle me. Thinking about solutions to difﬁcult conceptual problems can keep me awake at night. I can spend hours on a single problem because I just can’t rest without knowing the answer. I feel frustrated if I can’t ﬁgure out the solution to a problem, so I work even harder to solve it. I work relentlessly at problems that I feel must be solved.

Stress tolerance: The smallest doubt can stop me from seeking out new experiences. I cannot handle the stress that comes from entering uncertain situations. I ﬁnd it hard to explore new places when I lack conﬁdence in my abilities. I cannot function well if I am unsure whether a new experience is safe. It is difﬁcult to concentrate when there is a possibility that I will be taken by surprise.

Social curiosity: I like to learn about the habits of others. I like ﬁnding out why people behave the way they do. When other people are having a conversation, I like to ﬁnd out what it’s about. When around other people, I like listening to their conversations. When people quarrel, I like to know what’s going on.

Thrill-seeking: The anxiety of doing something new makes me feel excited and alive. Risk-taking is exciting to me. I would like to explore a strange city or section of town, even if it means getting lost. When I have free time, I want to do things that are a little scary. Creating an adventure as I go is much more appealing than a planned adventure. 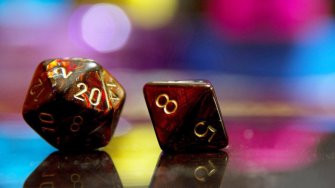 What that adventure might consist of might be an important part of your answer. Planning a D&D adventure proably doesn’t count.

Furthermore, the model classifies individuals into four groups based on how predominant each facet of curiosity is for them.

1. The Fascinated – scored high on all dimensions of curiosity, particularly joyous exploration. They also showed various traits in their lives that reflected their high levels of curiosity, they claimed to read more and had a more extensive range of interests and hobbies than any other group.

2. Problem Solvers – scored high on deprivation sensitivity, and were midrange for other dimensions. In their personal lives, they had less diversity of interests than people in the Fascinated group and were heavily invested in a few areas of interest.

3. Empathizers – scored high on social curiosity, midrange on other dimensions and much lower on stress tolerance and thrill-seeking. They tend to frequent social media more than other groups and try to give the impression that their lives are under control. This group was 60% female, a much higher percentage than displayed in any other group.

4. Avoiders – scored low on all dimensions, particularly stress tolerance. They also had significant lifestyle differences from other groups, they were less educated, read less, had a high unemployment rate, and claimed to suffer from higher levels of stress than any other group. 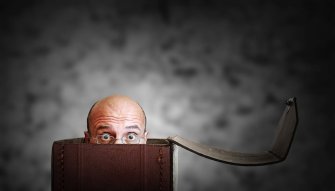 An example of an “Avoider”, who would rather not learn anything about you.

So, what kind of curious person are you? Which elements of curiosity resonate most strongly with you and your learning style? This new system of understanding curiosity offers us the ability to understand how best to motivate a person to learn and grow. So, go ahead, try to answer the battery of questions listed above and figure out which kind of curious person you are. Then, learn something new.

“My dad asked me if I had been to tutoring and I lied… Then he showed me the tablet.”
Sponsored

This scientist collected thousands of secrets. They all had 3 things in common.
▸
7 min
—
with
Michael Slepian
Up Next
The Present

Here’s the psychology that explains why many economists prefer to be narrowly right yet broadly wrong (they suffer from professional “rigor distortis”).