People who struggle with low self-esteem and feelings of worthlessness are also susceptible to developing mood disorders such as depression and anxiety.

Photo by Gift Habeshaw on Unsplash

What is low self-esteem?

Low self-esteem (and a lack of confidence in yourself) often leads to feeling bad about ourselves and our lives. People who struggle with feelings of worthlessness hold themselves in lower regard, often feel unlovable, unwanted, and incompetent.

According to research done by Morris Rosenberg and Timothy J. Owens, people who struggle with low self-esteem also tend to be hypersensitive to the world around them.

It’s very common in this situation to have a fragile sense of self that is often driven by feelings of worthlessness and an unmanageable lack of confidence.

This type of hypersensitivity can plunge someone into a state of profound depression with one single event that, for others, would not affect them very much.

Common symptoms of low self-esteem can include:

How does low self-esteem affect our day-to-day lives?

According to a 2005 study published in the SAGE Journals, low self-esteem is directly related to aggression and antisocial behaviors. Low self-esteem is also linked to delinquency, particularly in young adults.

A 2006 study by the University of Wisconsin, Madison also linked low self-esteem during adolescence to poor health, criminal behavior, and limited economic prospects during adulthood. The results of this particular study prove that self-esteem is an important construct that can predict real-world outcomes (in education, job success, lifestyle, and overall health) in people who struggle with it. 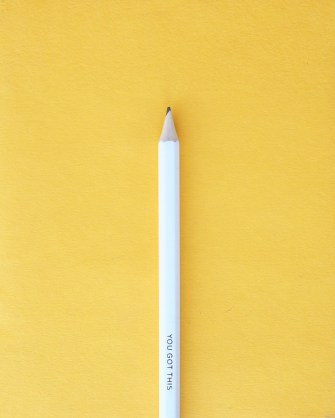 How you dress, the music you listen to and how you expect to be treated by others are scientifically linked to your self-esteem levels.

Photo by The CEO Kid on Unsplash

How to retrain your brain to replace low self-esteem with confidence, according to science and philosophy.

Wear black and invest in nice-smelling cologne or perfume.

How you dress (and how you smell) can make a difference. According to this 2015 study that assessed what colors people associate with different personality traits, black was voted as a “confident” color that makes people think of attractiveness, intelligence, and confidence.

They were then asked to roleplay a negotiation scene for getting a raise at work. The results of this study prove the men dressed in suits (dressed for success) scored higher levels of dominance, job performance, and confidence, which ultimately resulted in them getting better negotiation deals in the roleplaying scenes.

Did you know that the type of music you most frequently listen to can subconsciously be driving your insecurity? This 2014 study by Northern University explains that music with a louder baseline can make you feel more powerful, dominant, determined, and motivated.

Researchers at the University of California, Irvine have conducted a study that proves taking photos of yourself (or seeing yourself in a mirror, paying attention to the way you look) can actually raise your self-confidence.

Each type of photo had positive effects on the participant’s self-esteem levels, but the photo they took of themselves reported the highest levels of increasing self-confidence.

Talking to yourself in the second person will help improve your confidence.

While it’s important to take note of how we think about ourselves (because this says a lot about our self-confidence), did you know that positive self-talk (actually talking out loud to yourself in a positive way) is scientifically proven to help with self-esteem?

If you have ever tried to psych yourself up for a job interview with the phrase “you’ve got this!”, you’re on the right track, according to science.

The people who spoke to themselves in the second person reported higher levels of motivation and confidence in themselves after these exercises. Researchers suggest the reason for this is because the use of “you” reminds us of receiving advice, praise, and encouragement from other people instead of just ourselves.

What matters most is how you expect other people to view you, not how they actually view you, according to UCL researchers.

“Low self-esteem is a vulnerability factor for numerous psychiatric problems including eating disorders and depression.” says lead researcher Dr. Geert Jan Will. “In this study, we identified exactly what happens in the brain when self-esteem goes up and down.”

By understanding what happens in the brain when self-esteem raises and lowers, we can better understand when this happens and pinpoint what caused the increases or decreases.

The results of this study proved that social prediction errors (when we expect to have positive interactions or approval with other people but don’t) were the key to determining if self-esteem went up or down.

Confidence can come from being honest with yourself, but that is much harder to accomplish when your feelings of worthlessness are telling you there are no redeeming qualities about yourself.

The results of these scans highlight the positive neural processes that happen when we self-affirm, proving that self-affirmations work.

What value does wit hold in genres defined by brute strength?
Up Next
Starts With A Bang