It seems like a rule about breakups so obvious it hardly needs stating; don’t have sex with your ex-partner. However, even the most self-evident rules need to have their usefulfulness demonstrated. A new study published in theArchives of Sexual Behavior put that advice to the test with curious results.

Participants related their experiences after a break up in two surveys. In the first, the test subjects filled out a form each day for two months after a breakup. They answered questions about how they felt that day, how emotionally attached to their ex they still were, and if they had attempted sexual contact with them. In a second study, test subjects answered questions about attempted and successful sexual interactions with their ex-partners and how emotionally attached they still were to them.

It was found that most people who tried to sleep with their ex-partner were successful, but that this didn’t stand in the way of their recovery after the breakup. It didn’t even depress them later, but instead, lead to reports of more positive emotions going forward.

The Science of Love, with Dr. Helen Fisher

It means that the idea that sleeping with your ex will only make you miserable is not always true. For some people, it seems to either have no negative effect or even a slightly positive one.

Stephanie Spielmann of Wayne State University, the lead author of the study, explains the findings suggest that “societal handwringing regarding trying to have sex with an ex may not be warranted.” She further argues that we should alter our approach to the issue, focusing our attention on the causes of the desire rather than the action itself.

Would this apply to everybody? I’m asking for a friend.

The authors suggest that the people who are going to seek out sex with an ex-partner are the ones who are the most emotionally attached to them after a breakup. The authors argue that this motivation might be a critical factor in the emotional outcome, saying:

Perhaps those who opt to pursue sex with an ex are less motivated to obtain closure regarding the breakup and thus do not experience conflict with goals for connection. For these individuals, satisfying connectedness goals by pursuing sexual activity with an ex-partner may be a globally positive experience. Indeed, Mason et al.’s finding that those with less acceptance of their divorce benefited from sex with their ex supports this hypothesis.

This is the grain of salt to take with the study’s findings. Since not everybody in the survey even attempted to make physical contact with their ex after a breakup, it might be the case that the people who did make an attempt were the same people who would benefit from it. It is unknown how others would react after a hookup with an ex or if this proposed motivation factor is the cause of the emotional outcomes. More studies will be needed to fully understand the findings of this experiment. 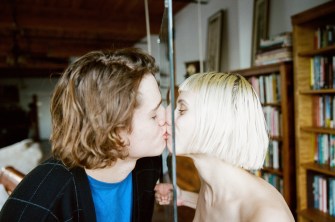 What do relationship experts say about all this?

Relationship experts tend to advise you not to try and hook up with your ex. Sex educator Allison Moon explained to the Washington Post that breakups are like withdrawal and require similar tactics to endure. “When you’re breaking up with someone, you’re essentially going through detox. You need to level out your blood chemistry and keep from getting your ‘fix.’ Cold turkey is better. Sex isn’t methadone or a nicotine patch. It’s a full fix, and you can’t get ‘clean’ if you keep visiting your dealer,” she says.

Responding to this study, Gurpreet Singh, a consular for the charity Relate told the HuffingtonPost that the investigation is incomplete. “The data from the study is interesting but doesn’t show the long-term impact of sleeping with your ex,” he explained. He instead suggests seeking closure to help you move on, which having sex with them inhibits.

The notion that you should avoid sleeping with your partner is a commonly held one that might not be entirely backed up by science. Sleeping with an ex might be a bad idea for most people, but it seems as though for the people most inclined to do it there are few adverse effects. Of course, it might be a good idea to wait for another the results of another study or two before you try to act on the findings. Colloquially speaking, though, it may be best to try hooking up with someone else first.

If love is an addiction, your first love is the first dose.
Mind & Brain

Research has shown the benefits of mindfulness, but the current mindfulness craze cannot deliver on its overhyped promises.
Strange Maps

One of the best-known allegorical depictions of love has a rather pessimistic male twin.
The Past

Searching for happiness in the midst of personal or societal crises are nothing new.
Up Next
Health

Tiny and efficient, these biodegradable single cells show promise as a way to target hard-to-reach cancers.