Paul F. Tompkins is a comedian, actor and writer. He is known for his work in television on such programs as Mr. Show with Bob and David, Real Time with[…]
Go to Profile 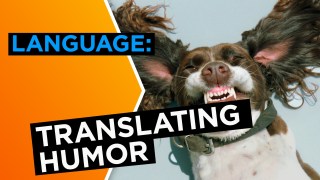 When it comes to making others laugh, you have to help them observe an absurd fact of life with you.
▸
4 min
—
with
Paul F. Tompkins

PAUL F. TOMPKINS: The first thing you start with when you're trying to write something funny is it has to – it really has to come to you first. I has to be an idea that you have that first makes you laugh, that strikes you as funny. And I think this is – this is always a weird thing to explain to people who are not in comedy what that is like because it's not as if I think of a written out joke that I tell myself. It's really – it's a flash of an idea that strikes you as funny. It's the same for everybody. It's just you, something strikes you as funny it literally strikes you as funny that all of a sudden you're amused by something. And then the job of the comedian, anyone who's trying to express humor to other people, I always think of it as an act of translation. And there's a language that I speak inside my head. There's a language that we all speak. What I have to do is convert it from the language that I speak in my head to a language that everyone will understand. And the heartbreak of it is is that it's never, ever – I'm never ever going to be able to open up my head and let you see it the way that I saw it. I'm only going to come so close. But the goal always is to get close enough. So if I can explain this concept to you I can show you why it is funny than that's the job, you know, then mission accomplished.

But, you know, it's weird to think about but there's that feeling that we all get when we make ourselves laugh, you know. And making yourself laugh is not a shameful thing. It's not an egotistical thing. Everyone does it. Everyone does it. You have an observation and it strikes you as funny. That's just built into us, you know.

I think that the idea of what makes people laugh is the ongoing search and, you know, for me the most heartbreaking thing is there's something that occurred to me as being hilarious that's so funny and I can never explain it to people. I can never fully translate it to people. And that happens occasionally that I can try to reword it, I can try to set it up differently but I can never get it to be as funny to other people as it is to me. And it could be that that's the breakdown of common experience. And that's where our minds are all different. I think that we're the same more than we are different and I think that the commonality of experience that we share is great and broad. And I think those are the things that always hit home the most. I think that we all enjoy silliness to varying degrees but I think everyone can enjoy a relatable thing if it is expressed in a funny way. There's something about that connection that I think is much deeper and much richer a lot of the time. That you may laugh out loud more at a silly thing but it's a different emotion when you're laughing at a thing that you relate to.

How does criticism affect popular culture?