Philosophers are an eccentric bunch. They enjoy studying things that are as academic as they come, often ask questions that seem insane to others, and have the patience to put up with other philosophers. Some, however, stand above the rest in their eccentricity. Here we have seven of the most far-out thinkers of all time, though this list is far from exhaustive. 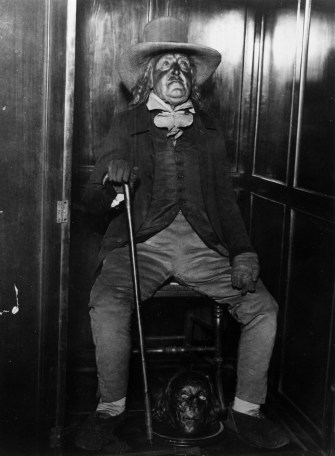 English philosopher Jeremy Bentham was the founder of utilitarianism, the ethical theory that argues that the best thing to do is that which maximizes the total happiness. He was a rather eccentric fellow in life.

He was a bit reclusive, named his walking stick, used overly complicated language for the fun of it, and was convinced that opposition to his Panopticon was organized by a vast conspiracy against the common good. This paranoia motivated his interest in reform during the later part of his life.

It was in death, however, that he reached his greatest eccentricity. In his will, he demanded that his remains be dissected publicly by a friend of his. Invitations were sent out to see the great philosopher opened up. After this, his remains were mummified and placed in a glass case as an “Auto-Icon.” It remains on display at University College Londonto this day. His head was rendered too macabre for display, however, and a wax copy embedded with his hair was created to complete the image.

He also bequeathed 26 “mourning rings” to esteemed friends, like John Stuart Mill. The rings featured a silhouette of his bust and strands of his hair. Six of them have been located; the hunt is still on for the remaining 20. 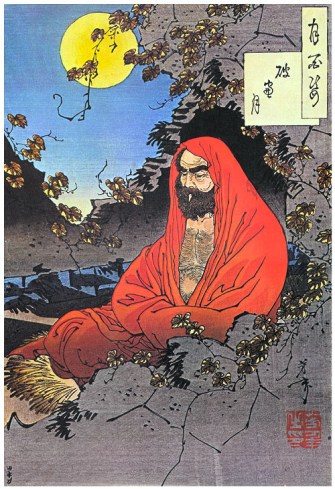 A Japanese wood print of Bodhidharma

Every great Zen master is a little eccentric; it practically comes with the title. The founder of Zen was no exception. Coming to China out of south or central Asia, he lived an interesting life that is recorded in a series of legends.

When he arrived in China, he was asked to give a lecture on Buddhism. He proceeded to sit and meditate in front of the audience for hours. When he finished, he stood up and walked away.

This drew the attention of the Emperor, a patron of Buddhism who wanted to meet the Indian monk. The Emperor asked his guest how much merit he had acquired through his support of monasteries and was told, “no merit whatsoever, there is nothing holy in the void.” Taken aback by the holy man’s statement, the king then asked who he was speaking to, since he couldn’t be a holy man. Bodhidharma replied, “I don’t know.”

After this meeting, he headed north in hopes of joining the Shaolin Monastery. When they didn’t let him in, he started meditating in a cave nearby for nine years. When they did let him in as a teacher, he was so shocked at the poor shape of the monks that he added martial arts to his curriculum. This is the alleged source of Shaolin Kung Fu. 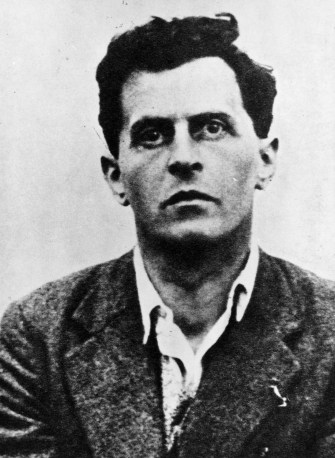 Wittgenstein was a brilliant philosopher who changed the way we think about language. He did this despite only publishing two books.

He famously stopped working on philosophy after the publication of his first book, since he felt that he had reduced all further philosophy to language problems and only had the second published after his death. During the interlude between philosophy gigs, he gave away his massive inheritance to his siblings, became a physically abusive school teacher, and designed a house with his brother.

During the construction, he found he was unsatisfied with one room. He saw the problem, though; the ceiling was three centimeters too low. He demanded that the issue be fixed. It was.

In another amusing incident, he was once arguing with guest lecturer Karl Popper when they both were attending the Moral Sciences Club. During the argument, Wittgenstein was waving a fire poker about to emphasize his points while he also used it to stoke the fire. He became increasingly aggressive with his gestures as the debate got more heated. At one point, Wittgenstein demanded that Popper give an example of a moral rule to which Popper replied, “thou shall not threaten visiting lectures with fire pokers.” Wittgenstein stormed out after hearing this.

Zizek is one of the most famous living philosophers. Working in the Marxist, psychoanalytic, and German Idealist traditions, he has spent his career being a bit unorthodox. He has many excellent interviews here with Big Think.

He is well known for his tics; in the above video you can see him frequently wiping his nose and ending his sentences with his trademark “and so on and so on.” Allegedly, this a way to cover for his very noticeable lisp. As he explains in this bizarre interview, he also uses these tics to demonstrate that he is mad to students who ask for advice. These tics have evolved, and you can watch him here speaking reasonably clearly without them.

He has also done several minor stunts to make a point about the state of modern academia. In 2003, he famously wrote the text for a series of Abercrombie and Fitch photographs. When asked why he did this, he explained:

“If I were asked to choose between doing things like this to earn money and becoming fully employed as an American academic, kissing ass to get a tenured post, I would with pleasure choose writing for such journals!”

Here you can watch him explain the failures of the modern political left while he makes pasta. 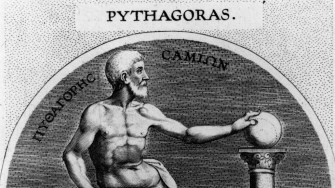 Pythagoras as depicted in the middle ages.

Pythagoras was a Greek thinker who has a famous mathematical theorem named for him even though he probably didn’t discover it. He was well known as a mystic, and his philosophy of living was embraced by a cult that was somewhat popular for a short while. During his lifetime, his school of living, called Pythagoreanism, was what he was best known for.

Pythagoras’ cult had many bizarre customs; members could not take public roads, eat beans, bake bread, or put their left shoe on first. By some accounts, he was killed by an angry mob that pursued him to the edge of a bean field. Not wanting to touch the beans, he stood at the side of the field until the mob caught up to him and bludgeoned him to death. 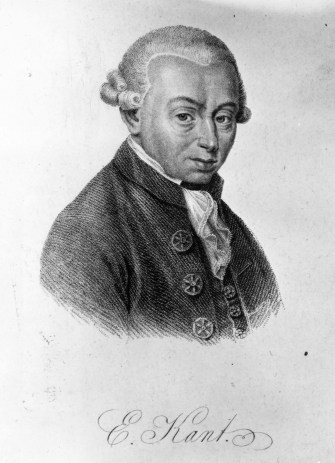 Kant, he was ordinary; maybe too ordinary.

Kant was one of the most brilliant human beings of all time. His ideas have influenced nearly all subsequent philosophy and are also influential in science.

His eccentricity was all the opposites of other thinkers on this list. He was quite normal, too normal. His daily routine was so regular that his neighbors were said to set their clocks by when he went out for his walk, it occurred at precisely the same time each day. He took the same route each day, with only two exceptions.

His breakfast was, invariably, two cups of tea and the smoking of a pipe. The only meal he ate was lunch. He left his hometown once for a tutoring gig, and even his parties were planned out in exact detail with the tone of conversation strictly regulated.

Of course, the clockwork routine worked. He got more done in the latter half of his life than most people could do in three lifetimes and he made it to 79 years of age despite his weak constitution. 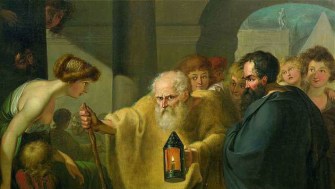 Our final entry is perhaps the most eccentric philosopher of all time, which as you can see is truly an achievement. He was the greatest of the Cynical philosophers, and he practiced what he preached. Diogenes took the philosophy of Cynicism to its logical endpoint and strove to send up the culture around him while living as simply as possible. There was a method to this madness though: He wanted to help people see beyond the norms that shaped their lives.

He lived in a wine barrel in Athens and owned only a cloak and staff. He had owned a bowl until he noticed a child drinking water with his hands, inspiring him to destroy the dish in the name of simple living. When asked what he desired the king of Greece to give him, he told Alexander the Great to “stop blocking the sunlight.” He often practiced his begging by asking statues for money, so he would learn not to be disappointed if he was refused. He was known to relieve himself in public and walked backwards down the street to confuse other pedestrians.

On one occasion, he overheard Plato lecturing at his academy where he defined man as a “featherless biped.” Diogenes quickly ran out and plucked a chicken. He returned to Plato and shouted “Behold! I’ve brought you a man!” in front of the audience. Plato later added the qualifier, “with broad flat nails” to his definition.

You can understand why Plato described Diogenes as “A Socrates gone mad.”

If you want to be an authentic person, embrace reality. Don’t try to clamber your way up Maslow’s hierarchy of needs.
Thinking

Want to be more authentic? Don’t be like Sartre’s café waiter

Jean Paul Sartre summed up the existentialist idea of “bad faith” through a waiter who acted a bit too much like a waiter.
Up Next
Starts With A Bang

As showcased in this Hubble image of a small, outer part of the Andromeda galaxy, background galaxies can be seen through the halo of Andromeda. Thousands of such galaxies have […]