Your English teacher hands you back your paper, margins brimming with aggressive red markings informing you of your grammatical sins. Never use between you and I, impact isn’t a verb, irregardless isn’t a word, and you can’t use less with count nouns.

Or maybe it was an ex-boyfriend who always corrected the way you spoke, or some online rando who harangued you on a forum. Point is, we’ve all had that stickler or pedant who made us feel unintelligent or uncivilized for our use of language, treating us like thugs assaulting the sanctity of pristine English.

The worst part? Most of these rules aren’t necessary. They’re shibboleths, or as I like to call them folk rules. Breaking them doesn’t make communication muddled or break the syntactical rules of English. Breaking them simply irritates the person judging you.

Here are six such lies your English teacher (or some other pedant) told you.

Never use the singular “they”

The rule against the singular they is losing support, and like the family of a spiteful, yet wealthy patriarch on his death bed, we’ll all be better off once it finally slips off into oblivion. Let’s see if we can’t help it along.

The rule goes like this: Nouns and pronouns should agree in number. If you have a singular noun, you shouldn’t use the plural they. Consider when President Barack Obama said, “No American should be under a cloud of suspicion because of what they look like.” Here, the antecedent for the plural pronoun they is the singular no American (read: no individual American).

But the first correction ignores half of all Americans, and the second sounds clunky. The singular they feels correct in that sentence, and that’s because it is perfectly clear to any native English speaker.

In The Sense of Style, Steven Pinker points out that the singular they stands as a variable in Obama’s statement, signaling to the reader the multiple possibilities of the antecedent. In Obama’s statement, Pinker clarifies, they tells the reader, “For all x, if x is an American, then x should not be under a cloud of suspicious because of x‘s appearance.”

That’s a lot of meaning to carry, but the singular they does so effortlessly. We just need to let it do its thing. 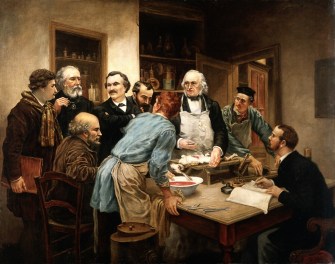 19th-century grammarians shackled English with a bevy of unnecessary rules. English is represented by the rabbit.

In the 19th century, grammarians devised many rules to make English conform to the edicts of Latin. They viewed Latin as a magisterial language — the language of law, scholarship, and diplomacy. English was a common tongue spoken by women and laborers and street urchins. Gross.

English needed a classy makeover. The problem is, of course, that English is not Latin.

Keen to follow Latin’s precepts, 19th-centry grammarians proclaimed that English speakers shouldn’t split their infinitives either. English teachers have been repeating this nonsense ever since.

Thankfully, many writers, linguists, and teachers are reevaluating this rule. In his Common English Errors, Professor Paul Brians puts the split infinitive squarely in the non-errors section.

“It is good to be aware that inserting one or more words between ‘to’ and a verb is not strictly speaking an error, and is often more expressive and graceful than moving the intervening words elsewhere,” he writes.

The best argument against this rule is what I’ve come to call the Kirk test. In Star Trek‘s famous introductory speech, Captain Kirk proclaims the starship Enterprise‘s five-year mission is: To explore strange new worlds. To seek out new life and new civilizations. To boldly go where no man has gone before! The adverb boldly comes between “to go,” but try to revise that speech to remove the split infinitive. It can be done, but the revision doesn’t sound as adventurous because boldly loses all its punch and alacrity in the process.

Even so, Brians does warn that “so many people are offended by split infinitives that it is better to avoid them except when the alternatives sound strained and awkward.”

Never start a sentence with “and” or “but”

Whatever its origin, it’s clearly wrong. As Merriam-Webster points out, even William Strunk Jr. and E.B. White, authors of the classic style guide The Elements of Style, begin sentences with these conjunctions. Sometimes, they’ll even write two in a row: “But since writing is communication, clarity can only be a virtue. And although there is no substitute for merit in writing, clarity comes closest to being one.”

While we’re here, you can also end a sentence with a preposition. Just saying. 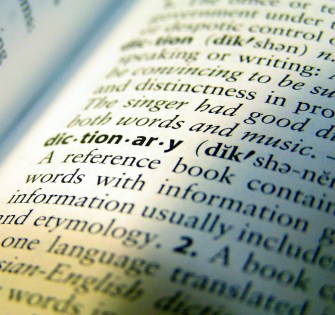 English teachers may hate it, but dictionaries now include the second definition for literally.

Never use “literally” to mean “figuratively”

Full disclosure: I do not care for using literally to mean figuratively or in effect. It sounds off to my ear. I am literally on cloud nine. People who believe that are literally living in orbit. She was literally at the end of her rope. No thank you.

But just because I don’t care for it doesn’t make improper. Oliver Kamm, author of Accidence Will Happen, a book much of this article is indebted to, points out that literally becomes an intensifier when used in this manner. When people say, “I am literally on cloud nine,” they are utilizing the word in its non-literal sense to intensify the meaning of the statement.

Kamm concludes: “I don’t recommend using literally in that way, because it’s a vogue word — but I’m inconsistent because I do use the others I’ve cited as intensifiers. There is no good linguistic reason to object to the non-literal literally.”

Never use “hopefully” to mean “I hope”

The original definition of hopefully was “in a hopeful manner,” and it was traditionally used to modify a verb in a sentence, as in Kaleb looked hopefully toward his father. But word functions change over time, and today, people use hopefully as a sentence adverb, as in Hopefully, Kaleb aims to be on time tonight. When used like this, hopefully means “I hope.”

English teachers believe that using hopefully in this way breeds confusion. Is Kaleb aiming to be on time in a hopeful manner? Is the speaker hoping that Kaleb aims to be on time? And in this case, the English teacher is correct. That sentence should be revised for clarity.

The problem is that a moratorium on using hopefully as a sentence adverb has more to do with the way it irritates English teachers, and not whether it generates confusion.

Consider Mignon Fogarty’s take on the matter: “The counter-argument is that there are few instances where a reasonable person would be confused; context usually makes the meaning clear. And if there is an instance where intolerable confusion will ensue, just don’t use hopefully. There’s no reason to throw the baby out with the bath water. In most cases, the meaning is clear, especially when the sentence isn’t about a person.”

This rule’s days are numbered, too. Using hopefully to mean “I hope” has become ubiquitous in casual writing and conversations, and many style guides, such as the Associated Press in 2012, have accepted it into their rules. 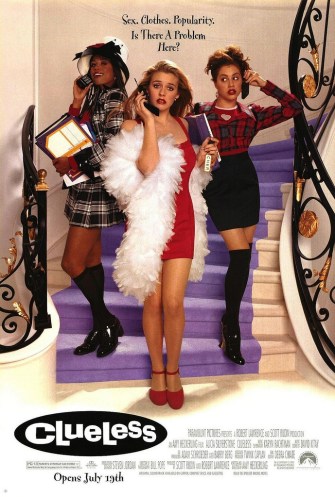 Are valley girls ditzy airheads or the purveyors of English’s ever-changing rules?

We’ve been using the quotative like for more than 25 years, but it’s association with valley girls in the ’90s forever labeled it as the verbal tic of the airheaded. But it’s perfectly acceptable English.

In an article for The Atlantic, linguist John McWhorter surveys the history of like, from the Old English lic (meaning “body”) to its accepted prepositional form. He notes that today’s vilified usages of like serve three nontraditional, yet grammatically precise, roles in language:

Sure, speakers may overuse these three likes, but they are hardly verbal tics used by airheads without the ability to articulate their thoughts. While each one may be scoffed at by grammarians, all three provide distinct, yet linguistically sound, functions.

“What we are seeing in like‘s transformations today are just the latest chapters in a story that began with an ancient word that was supposed to mean ‘body,'” McWhorter writes.

Standard English is only standard in name

Those errors the teacher marked in the first paragraph are all folk errors, too. Shakespeare used between you and I in the Merchant of Venice, impact has been a verb since the 1600s, irregardless is a word, and no one has ever worried over count and mass nouns while at the “10 items or less” checkout line.

While these folk errors may not conform to Standard English, they remain perfectly good English because speakers understand what is being said, and that’s the only true benchmark of what constitutes proper language.

As Oliver Kamm writes, “The only evidence we have of what makes up the English language is how people write and speak it. If an ‘incorrect’ form is more widely understood than an alternative construction, it isn’t incorrect. It’s what the language is.”

True, you’ll still have to master Standard English as it is the preferred dialect for formal usage, and if your English teacher hates split infinitives, you probably shouldn’t split them if only for the sake of your grade.

But with a solid understanding of folk errors, at least you won’t have to take abuse over your use of language from ex-boyfriends or online randos. That alone is worth the time to learn.

“My dad asked me if I had been to tutoring and I lied… Then he showed me the tablet.”
High Culture

People naturally judge fact from fiction in offline social settings, so why is it so hard online?
The Learning Curve

Actor and science communicator Alan Alda shares his three rules of three for effective and empathic communication.
The Past

Your mentors made time for you. Now, go and make time for others.
Up Next
Surprising Science

3 stunning ways Earth and spacetime could be destroyed

A well-known cosmologist comes out with very stark warnings about particle accelerators.