Most of us have spent some time drawing before, at the very least because of compulsory art classes. It’s also likely that you’ve scribbled curlicues in the margins of your notes during some particularly boring lecture about how the mitochondria is the powerhouse of the cell or how to graph linear equations.

But at some point, most of us stop drawing. There are people who don’t, obviously, and thank god for that: a world without designers and artists would be a very shabby one indeed. But the vast majority of adults quit doodling when they quit having to take notes, and the closest they get to making something visually creative is applying a wacky font in a PowerPoint presentation.

But some argue that so many adults have abandoned drawing is because we’ve miscategorized it and given it a very narrow definition. In his book, Stick Figures: Drawing as a Human Practice, Professor D.B. Dowd argues that “We have misfiled the significance of drawing because we see it as a professional skill instead of a personal capacity. This essential confusion has stunted our understanding of drawing and kept it from being seen as a tool for learning above all else.”

Dowd argues that we mistakenly think of “good” drawings as those which work as recreations of the real world, as realistic illusions. Rather, drawing should be recategorized as a symbolic tool. In an interview with Print Magazine, Dowd said:

Drawing is an ancient human activity, practiced by all persons. How do I get to the airport? Pretend your phone is dead, so forget GPS. Anyone trying to answer that question is likely to say, “Here, let me show you…” and grab a pencil and an envelope to scribble on. That’s drawing! We use it all the time. Explain the rules of hockey. Describe geology. Help me understand “The Mason-Dixon Line.” These things have to be manifested visually.

The cortical homunculus has body proportions based on how many nerve endings there are in the relevant body part. Notice how large (and therefore how sensitive) the hands are; this is because humans are built to handle subtle tools, like pens and pencils.

Human beings have been drawing for 73,000 years. It’s an inextricable part of what it means to be human. We don’t have the strength of chimpanzees because we’ve given up brute strength to manipulate subtle instruments, like hammers, spears, and — later — pens and pencils. The human hand is an extremely dense network of nerve endings; the somatosensory homunculus (a sculpture of a human being where the body proportions correspond to how sensitive the associated nerve networks are) demonstrates this well. In many ways, human beings are built to draw.

In fact, doodling has been shown to affect how the brain runs and processes information in a significant way. Some researchers argue that doodling activates the brain’s so-called default circuit — essentially, the areas of the brain responsible for maintaining a baseline level of activity in the absence of other stimuli. Because of this, some believe that doodling during a boring lecture can help students pay attention.

Evidence has shown that doodling does actually improve memory. In one study, participants were asked to listen to a list of names while either doodling or sitting still. Those who doodled remembered 29 percent more of the names than those who did not. 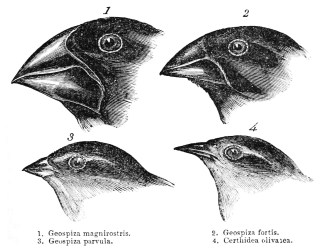 It’s not just absent-minded, abstract doodling that helps the brain either; drawing concepts and physical objects forces your brain to engage with a subject in new and different ways, enhancing your understanding. For example, some researchers tested study participants’ ability to recall a list of words based on whether they had copied the word by hand or drawn the concept — like writing the word “apple” versus drawing one. The drawers often were able to recall twice as many words.

There’s also evidence that drawing talent is based on how accurately someone perceives the world. The human visual system tends to misjudge size, shape, color, and angles but artists perceive these qualities more accurately than non-artists. Cultivating drawing talent can become an essential tool to improve people’s observational skills in fields where the visual is important.

In biology, for example, describing and categorizing the shape and form of living things is critical. Prior to the invention of the photograph, biologists were trained draftsmen; they had to be in order to show the world the details of a new species. Now, some biology professors are reintroducing physical drawing in their biology courses. The reasoning is that actively deciding to draw helps people see the world better.

Rather than think of drawing as a talent that some creative people are gifted in, we should consider it as a tool for seeing and understanding the world better — one that just so happens to double as an art form. Both absent-minded doodling and copying from life have been shown to positively affect your memory and visual perception, so raise hell the next time your school board slashes the art department’s budget.

Tags
artbrainintelligencelearningmemorymindscience and art
In this article
artbrainintelligencelearningmemorymindscience and art
Related
High Culture
Did Paul Cézanne hide an early self-portrait underneath a 160-year-old still life?
To answer that question, we may have to figure out when the famed painter started to go bald.
Thinking
Creative wisdom from Rick Rubin: embrace your inner gatekeeper
Unlock the full potential of your creativity with holistic detachment. This is the way of the editor.
The neuroscience of loving music
Humans are musical animals four million years in the making, explained by music expert Michael Spitzer.
▸
8 min
—
with
Michael Spitzer
High Culture
The most controversial painting in Russian history
Created in the 1880s, “Ivan the Terrible and His Son Ivan,” which depicts a father murdering his son, divides Russians to this day.
Strange Maps
What’s better than maps or stamps? Maps on stamps!
When maps meet stamps, you get a love child called “cartophilately.”
Up Next
Neuropsych
4 new personality types revealed by huge study
It may be simpler than we thought.