The Mile-High City might be about to get a bit higher. In May, the citizens of Denver, Colorado, will vote on whether or not to decriminalize magic mushrooms, the colloquial name given to a group of mushroom species that contain the psychoactive compound psilocybin.

In the US, psilocybin is classified as a Schedule I drug, taking a place alongside heroin and ecstasy, ostensibly as one of the most dangerous drugs around. However, this classification doesn’t seem to jibe with the scientific consensus on magic mushrooms.

Drugs get placed in different schedules according to their potential for abuse, whether they have any medical applications, and the drug’s safety and addictiveness. Magic mushrooms were scheduled in the early 1970s, and the dearth of research at the time resulted in their misclassification. Instead, modern assessments suggest that magic mushrooms should be Schedule IV drugs, alongside Ambien, Ativan, and Xanax.

Psilocybin is typically not abused and is not addictive (in fact, some research has shown it to reduce addiction to other drugs). Furthermore, it does indeed have some medical purposes. Research has shown that its impact on depression, anxiety, and other psychological conditions is profound.

But Denverites aren’t talking about legalizing magic mushrooms purely for their medicinal properties; rather, they will be voting on whether or not to decriminalize the drug. First, decriminalization does not mean legalization—buying and selling the drug will still be illegal, but using and possessing it will simply not be prosecuted. Since this means the infrastructure to support its medical use won’t exist, we can assume that more Denverites will be using the drug recreationally.

If decriminalization and eventual legalization go ahead in Denver, what will this mean? Well, in addition to hallucinations, a distortion of time, and a sense of connectedness to the universe, magic mushrooms also have some more interesting long-term effects. First, some studies show that psilocybin usage can make people experience greater personal meaning, spiritual significance, and life satisfaction even six months after their initial dose. 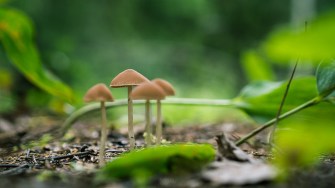 So, let’s assume that magic mushroom usage increases as a result of decriminalization. Visitors to the Mile-High City might expect to see young adults in sunglasses having difficulty navigating a staircase or staring blankly up into the trees. Instead, they might see happier, friendlier, more satisfied people.

In today’s political climate, a broader acceptance of magic mushroom usage may encourage more activism and political engagement. In a state like Colorado, famous for its natural beauty, sweeping environmental deregulation may sit poorly with any Denverites who’ve suddenly developed an appreciation for nature from taking psilocybin. Aspects of American politics, too, have become increasingly authoritarian for decades now—perhaps the citizens of Denver will also become more inclined to combat that tendency.

The unfortunate truth is that there is simply not enough research out there on the effects of magic mushrooms. It’s always difficult to research illegal drugs, and what research has been done has focused on psilocybin’s medicinal benefits. This is important, to be sure, but few studies have focused on how psilocybin’s activity in a social sense, which is strange considering that the drug has predominantly played a social role throughout humanity’s thousands of years using magic mushrooms. Now is a good time to start paying attention to Denver; if the drug is decriminalized and later legalized, how will it affect Denver as a whole?

Gerald Heard on the value of psychedelics

“To do this in two minutes, eternity in an hour; it’s almost impossible of course, as all the patients say, to describe it. You can only say, ‘It isn’t, it isn’t, it isn’t,’ trying to tell people what it is.

Well, of course, I don’t know any of our friends that have taken it but haven’t said this one thing in common: ‘Well. I never knew anything like that in the whole of my life.’ And one or two people have said to me, and I’ve said it to myself, ‘That’s what death is going to be like; and oh what fun it will be…’ There are the colors and the beauties, the designs, the beautiful way things appear; people themselves, dull people – that I thought dull – appeared fascinating, interesting, mysterious – wonderful. But that’s only the beginning.

A man was saying it this afternoon, who was taking it: Suddenly you notice that there aren’t these separations, that we’re not on a separate island shouting across to somebody else and trying to hear what they’re saying and misunderstanding. You know. You used the word yourself: empathy. These things flowing underneath. We’re parts of a single continent, that meets underneath the waters. And with that goes such delight. The sober certainty of waking bliss.” – Gerald Heard

Tags
consciousnessdepressionmagicmental healthpsychology
In this article
consciousnessdepressionmagicmental healthpsychology
Related
Thinking
Why you should laugh at yourself, according to Seneca and Nietzsche
“It is more human to laugh at life than to lament it.”
Sponsored
4 misleading personal finance tips
Personal finance advice is often over-simplified and fails to consider economic research or people’s unique circumstances.
Thinking
Bonhoeffer’s “theory of stupidity”: We have more to fear from stupid people than evil ones
Evil is easy to identify and fight against; not so with stupidity.
Health
What decades of research tells us about living the good life
Warm relationships protect your mind and body from the slings and arrows of life.
Neuropsych
Shopping with your nose: How body odors influence your buying behavior
Sniffing out a deal.
Up Next
Neuropsych
How to learn a new language while you sleep
Sleep encoding turns out to be a real thing.