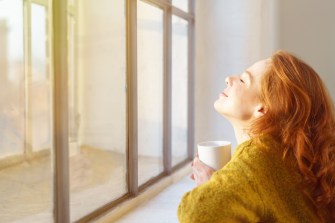 Gratitude is an affirmation of goodness, according to Dr. Robert Emmons.

Photo by stockfour on Shutterstock

Dr. Robert Emmons is known as the “world’s leading scientific expert on gratitude.” He is a psychology profession from the University of California, Davis and also the founding editor-in-chief of the Journal of Positive Psychology. Emmons has dedicated his life to better understanding what role gratitude and thankfulness play, not just in our lives, but in our mental and physical health as well.

Many people are in need of motivation to practice gratitude for the good things in life, especially during a pandemic when stress-levels are at an all-time high. For the past decade, Emmons has been studying the effects of gratitude on our physical health and psychological well-being.

“It’s an affirmation of goodness,” Emmons explains. “We affirm that there are good things in the world, gifts, and the benefits that we’ve received. We recognize that the sources of this goodness are outside of ourselves and we acknowledge that other people – even higher powers, if you’re of a spiritual mindset – give us many gifts, big and small, to help us achieve the goodness we have in our lives.”

“I see it as a relationship-strengthening emotion,” Emmons writes of the social dimension of gratitude, “because it requires us to see how we’ve been supported and affirmed by other people

According to sociologist Georg Simmel, gratitude serves as a way to personalize things that we all experience objectively. Simmel has often referred to gratitude as “the moral memory of mankind.” 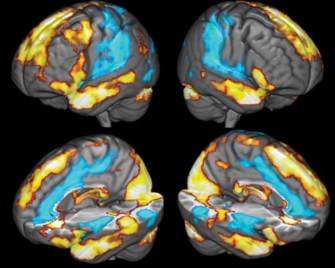 Your brain on gratitude, according to fMRI images taken during a gratitude study lead by Glenn Fox.

How does gratitude impact our mental and physical wellbeing?

There have several studies investigating what gratitude and thankfulness look like within the human brain—what neural networks are being used and how does that positively impact us?

The first fMRI images of a brain experiencing gratitude were taking in 2008. The scans showed that gratitude causes synchronized activation of multiple regions of the brain, including some of the brain’s reward pathways and the hypothalamus, which plays a crucial role in releasing hormones throughout our bodies.

Later, in 2009, researchers realized that these higher levels of activity in the hypothalamus had a huge influence on metabolism and stress levels. This means that gratitude could have such wide-reaching positive effects that you begin to eat better and sleep more, which could ultimately lead to decreased depression and better physical health.

Gratitude helps improve the decision-making process in your brain.

A 2015 study from the University of Southern California hypothesized that gratitude spikes activity in the regions of the brain associated with moral cognition, value judgment, and theory of mind (the anterior cingulate cortex and medial prefrontal cortex, respectively). The FMRI data results of the study, which included 26 participants ranging in ages 18-28, confirmed activity spikes in those regions.

Gratitude can improve mental health (even when you’re at an all-time low).

That same year, another study was conducted, this time on individuals who had pre-existing mental health concerns. These 293 people were recruited for this study at a time when their mental health was at an all-time clinical low, as they hadn’t yet begun counseling sessions. The majority of these participants struggled with depression and/or anxiety.

Within 4-12 weeks after the conclusion of their writing interventions, the participants who underwent psychotherapy and gratitude writing reported significantly better mental health than those in the expressive and control writing intervention groups.

The findings of this study (and others like it) suggest that gratitude writing can be beneficial not just for the healthy, well-adjusted mind, but for individuals who are struggling with mental health concerns.

Gratitude should be a long-term adaptation of your behavior to have the best impact on your physical and mental health.

It’s important to note that in the writing study, the mental health benefits of gratitude weren’t felt immediately after writing gratitude letters, but gradually accrued over time as participants of the study made gratitude writing a habit in their lives.

Not only that, but fMRI images (found here on page 5) taken of the participants’ brains while completing a “pay it forward” task shows that their brain activity was distinct from brain activity related to guilt and the desire to help a cause. People who were more grateful tended to give more money to a cause they believed in and showed a greater neural sensitivity in their prefrontal cortex, the area of the brain associated with learning and decision making.

Cities overstimulate our senses and are full of people we don’t know. Maybe humans were meant for this.
Up Next
The Present

People often incorporate lessons from fictional stories into their beliefs, attitudes and value judgments, sometimes without even being aware that they are doing so.