In his most comprehensive book on the subject, Motivation and Personality, Maslow described self-actualization as the “full use and exploitation of talents, capacities, etc. Such people seem to be fulfilling themselves and to be doing the best that they are capable of doing. […] They are people who have developed or are developing to the full stature of which they are capable.” 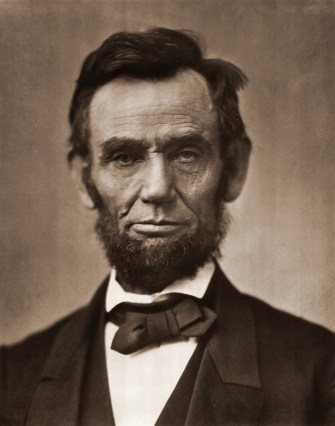 Abraham Lincoln could be said to represent many of the qualities of self-actualized people, but Maslow called him out for one in particular: a philosophical, unhostile sense of humor. “Probably,” wrote Maslow, “Lincoln never made a joke that hurt anybody else; it is also likely that many or even most of his jokes had something to say, had a function beyond just producing a laugh. They often seemed to be education in a more palatable form, akin to parables or fables.”

In his book, Reminiscences of Abraham Lincoln, author David B. Locke wrote, “But with all the humor in his nature, which was more than humor because it was humor with a purpose (that constituting the difference between humor and wit) […] His flow of humor was a sparkling spring gushing out of a rock – the flashing water had a somber background which made it all the brighter.”

Today, Thomas Jefferson’s historical legacy is a bit mixed. Having argued that all men are created equal, his position as a slave-owner seems contradictory. Still, Maslow considered Jefferson to be a self-actualized person, perhaps because of Jefferson’s “democratic character structure,” though this may be the result of the thinking of 20th century historians in regards to Jefferson’s slavery practices.

Self-actualized people, wrote Maslow, possess a “hard-to-get-at-tendency to give a certain quantum of respect to any human being just because he is a human individual; our subjects seem not to wish to go beyond a certain minimum point, even with scoundrels, of demeaning. of derogating, of robbing of dignity.”

This is certainly reflected in Jefferson’s most famous piece of writing, the Declaration of Independence, which contended that all men possess unalienable rights. It is, however, more difficult to square with his ambivalent position on slavery. Throughout his life, Jefferson expressed his dislike of slavery and introduced anti-slavery legislation, yet he owned over 600 slaves and freed only 7. He also believed blacks to be inferior — in this regard, Maslow may have picked a poor candidate.

Maslow argued that self-actualized people are firmly grounded in the real world, rather than the miasma of stereotypes, abstractions, expectations, and biases that most of us experience. “They are therefore far more apt to perceive what is there rather than their own wishes, hopes, fears, anxieties, their own theories and beliefs, or those of their cultural group,” he wrote.

Maslow argued that many excellent scientists possess this quality and that it drives them to learn more about the unknown, the ambiguous, and the unstructured. Most people like stability and are disturbed when reality doesn’t seem to reflect that desired stability. In this regard, Einstein is very much the opposite; he once said “The most beautiful thing we can experience is the mysterious. It is the source of all art and science.” 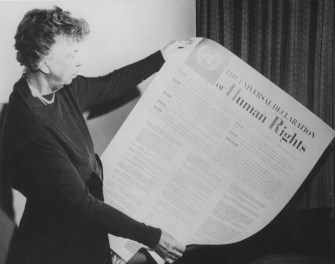 Eleanor Roosevelt best exemplified the quality that Maslow called Gemeinshaftsgefuhl, a kind of psychologically healthy social connectedness and concern for other’s well-being, even — or especially — when other’s behavior is disgraceful or disappointing. Roosevelt was an extremely productive humanitarian and much loved for it. She has been described as “the First Lady of the World” and “the object of almost universal respect,” and for good reason. Roosevelt was one of the earliest advocates for the civil rights of African Americans, spoke out against the discrimination of Japanese Americans after Pearl Harbor, and oversaw the drafting of the Universal Declaration of Human Rights.

As an early feminist, social worker, and pacifist, Jane Addams best represents the sense of morality that Maslow believed self-actualized people to possess. To Maslow, the self-actualized individual “rarely showed in their day-to-day living the chaos, the confusion, the inconsistency, or the conflict that are so common in the average person’s ethical dealings.”

Addams fought for women’s right to vote, documented the impact of typhoid fever on the poor, and worked diligently to bring an end to World War I, despite considerable criticism from the public after the U.S. joined the war. Rather than succumb to public pressure, however, Addams maintained her position, in part due to the innate moral compass that self-actualized individuals possess. Because of her work, she was rewarded the Nobel Peace Prize in 1931. Known as the “father of American psychology,” William James serves as an example of self-actualized people’s ability to accept the self, nature, and others. In 1875, James offered the very first U.S. course in psychology. Prior to James, serious research into the function of the human mind was scant in the U.S.

As a young man, James experienced depression himself and often contemplated suicide. “I originally studied medicine in order to be a physiologist,” wrote James, “but I drifted into psychology and philosophy from a sort of fatality.” In seeking to understand the human mind, James fits the bill for self-actualized people’s ability to accept the world around them without bias or prejudice. Maslow wrote that self-actualized individuals “see human nature as it is and not as they would prefer it to be. Their eyes see what is before them without being strained through spectacles of various sorts to distort or shape or color the reality.”

The nineteenth century is often referred to as the “asylum era,” where a large number of mentally ill individuals were locked up, mainly to be ignored and forgotten about. The work of early psychologists like James helped to dismantle this practice.

Self-actualized people, wrote Maslow, “customarily have some mission in life, some task to fulfill, some problem outside themselves which enlists much of their energies.” Polymath and Nobel Peace Prize recipient Albert Schweitzer best exemplifies this quality.

The fact that Maslow selected Schweitzer as indicative of the superlative qualities of self-actualized people reflects mid-century American attitudes, too: Schweitzer would later be criticized as having a somewhat racist, paternalistic attitude towards the Africans he treated, reflected through statements like “The African is indeed my brother, but my junior brother.” Though the good Schweitzer brought to the world is undisputable, his personal attitudes may not truly reflect those of the self-actualized individual. Another quality that Maslow argued self-actualized people presented was frequent “peak” or “mystical” experiences. These were moments of ecstasy and awe that conveyed “the feeling of being simultaneously more powerful and also more helpless than one ever was before” and “the conviction that something extremely important and valuable had happened.”

For science fiction writer Aldous Huxley, pursuing mystical experiences was central to his work. Not only did his most famous work, Brave New World, criticize the pursuit of superficial pleasures, Huxley also pursued deep experiences through the use of psychedelic drugs like mescaline and LSD. He wrote about his psychedelic experiences in The Doors to Perception. Regarding these experiences, Huxley wrote “The mystical experience is doubly valuable; it is valuable because it gives the experiencer a better understanding of himself and the world and because it may help him to lead a less self-centered and more creative life.”

Baruch Spinoza was a 17th century philosopher who demonstrated the kind of autonomy and independence of culture that Maslow claims self-actualized individuals to possess. “Self-actualizing people,” he wrote, “are not dependent for their main satisfactions on the real world, or other people or culture or means to ends or, in general, on extrinsic satisfactions. Rather they are dependent for their own development and continued growth on their own potentialities and latent resources.”

His works in philosophy are today considered foundational to metaphysics, epistemology, and ethics, though his greatest work, Ethics, was published after his death in 1677. This work established him as one of the Enlightenment’s great thinkers, and despite being a somewhat famous philosopher prior to this, Spinoza lived a modest life as a lens grinder. He turned down being named the heir of his friend, Simon de Vries, turned down a prestigious academic position at the University of Heidelberg, and doggedly persisted in writing a work of biblical criticism that advocated for a secular, constitutional government, despite a possible threat to his life. Although he was despised by many in his own time, even his enemies admitted that he lived “a saintly life.”

Are psychopaths cold-blooded murderers? Not usually.
The Present

There are many things in life that cannot be improved with greater effort. Sometimes, life requires that you step back.
Up Next
Hard Science

‘Tamagotchi-like’ planter aims to bestow you with a green thumb

Designers from Luxembourg created a smart planter that can give anyone a green thumb.