What is a more effective way of taking notes - laptop or notepad? 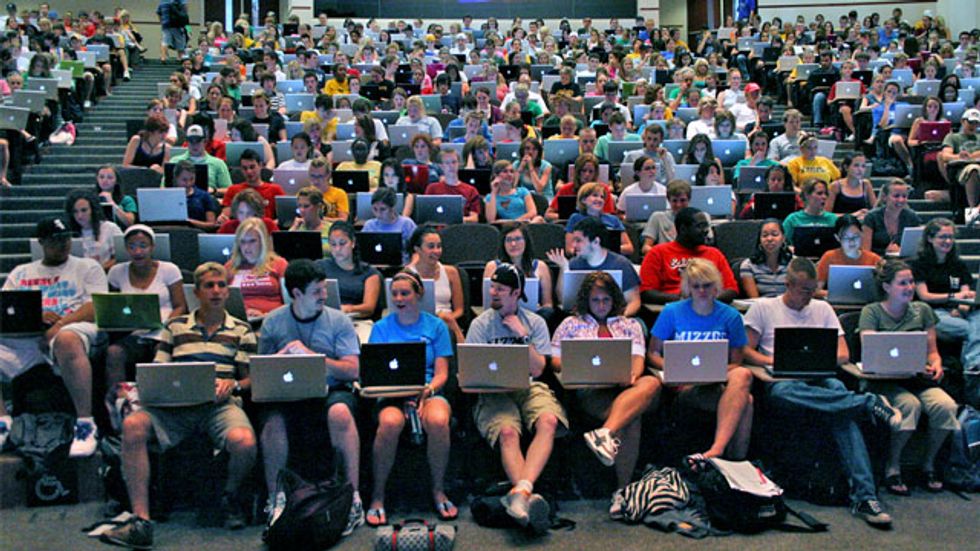 Walk into any modern university lecture theatre and you can expect to see a wall of laptop lids, with students' eyes peering over them. Past research has demonstrated that laptops can be a distraction, but until now no research has compared how using computers changes the way students take notes, compared to writing on paper.

A study published in Psychological Science attempted to answer this question by assigning students to take notes while watching a TED talk, either using a notepad to take notes "longhand" or by using a laptop (that was not connected to the internet). The researchers found that on factual recall questions, the students performed equally well no matter how they took their notes but for conceptual questions the students using the laptops performed worse. The students writing longhand wrote fewer words and used less verbatim transcription but scored better when tested on what they had learned.

This study is only one small study and it is the first of its kind, so until the study has been replicated you might want to take the findings with a pinch of salt. It certainly seems however, that there is good evidence that the old fashioned notepad is far from obselete.

Related post: The lesson you never got taught in school: How to learn!