The Real Miracle of Acupuncture: That Anyone Still Believes In It

Over 3,000 studies have now been conducted into acupuncture; it's time to accept that the ancient Chinese practice is a complete waste of time. 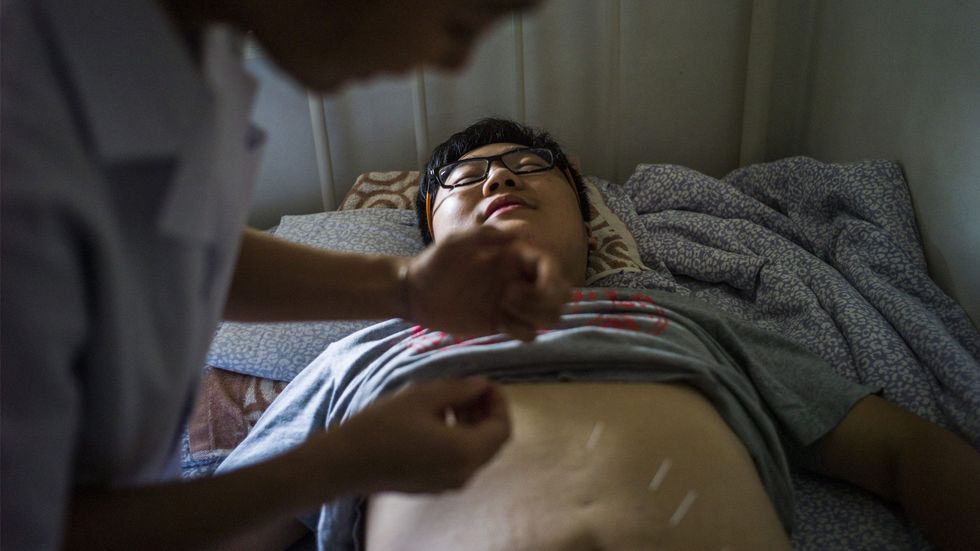 Unlike plenty of other mystic beliefs, the practical nature of acupuncture has the benefit of making it readily falsifiable through the form of a sham study. In a sham study we can compare genuine acupuncture, in which real acupuncturists provide treatment, to sham acupuncture in which researchers go through the motions, randomly poking or randomly pretending to poke their patients with needles. More research has been done into acupuncture than practically any other kind of alternative medicine, yet the evidence from thousands of studies points conclusively to the fact that acupuncture, at worst, is completely ineffective and, at best, is no more effective than a placebo. Astoundingly, the benefit of acupuncture is so poor that in plenty of studies, even compared to no treatment, the benefits of acupuncture are practically impossible to notice.

In 2013 David Colquhoun wrote a fascinating and damning review of the evidence against acupuncture in the journal Anesthesia & Analgesia. It is often alleged that acupuncture is an ancient medical practice that has been refined and revered for thousands of years. In reality acupuncture is indeed an ancient medical practice, but it has in fact been in decline for thousands of years. In 1822 it was actually banned from the Imperial Medical Academy by Emperor Dao Guang. It wasn’t until 1966 that it was revived by Chairman Mao Zedong, but even he didn’t actually believe in it. Mao stated: “Even though I believe we should promote Chinese medicine, I personally do not believe in it.” Yet despite all these obstacles, acupuncture has resurrected itself in the 21st Century, in a Western world that has (arguably rightly) become fearful and suspicious of mainstream medicine.

“There is now unanimity between acupuncturists and nonacupuncturists that any benefits that may exist are too small to provide any noticeable benefit to patients. That being the case, it is hard to see why acupuncture is still used. Certainly, such an accumulation of negative results would result in the withdrawal of any conventional treatment.” — David Colquhoun

At this point in the conversation, plenty of otherwise perfectly rational people will often say something along the lines of: “Yes, it is clear that any effect is completely due to the placebo effect ... but so what? Surely, the benefits of the placebo effect are better than doing nothing at all.” Indeed, as we are only now beginning to understand, the placebo effect is so powerful that it still works even when you are fully aware that an intervention is only a placebo.

Here’s a tip for arguing with people that aren’t entirely rational: If they use the word “surely,” you can be pretty damn sure that whatever they say next is likely to present you with a massive hole in their argument. The simple answer is that all medicines involve a placebo effect. Acupuncture and other alternative medicines are not somehow unique providers of the placebo effect’s wondrous power. This is why for a genuine medicine to be approved, it must not just be better than nothing; it must be shown in a placebo-controlled trial to be more effective than a placebo. This principle is the very foundation of modern medicine. Indeed, any randomized, controlled trial worth its salt will not just test against a placebo, it will test against the next best alternative treatment (but that’s a subject for another post).

Recently, plenty of newspapers fell hook, line, and sinker for an extraordinarily laughable acupuncture study on, wait for it... rats. After I’d finished chortling at the idiocy of trying to test acupuncture’s effect on pain on anything other than a human, I downloaded the paper, which The Guardian breathlessly described as: “the strongest evidence yet that the ancient Chinese therapy has more than a placebo effect when used to treat chronic stress,” almost as if more evidence than no evidence is somehow a claim that deserves some kind of medal.

Before we launch into a full-frontal takedown of this paper (don’t worry, it won’t take long), let’s first consider the fact that any surrogate outcome study designed to support particular claims made by acupuncturists is pretty much entirely pointless before acupuncture can be shown to be effective, i.e., actually reduce symptoms. The fact that the study was conducted on rats takes the study out of the realms of the foolish and into the realms of the downright ludicrous.

The study consisted of bathing rats in ice baths for an hour per day for 14 days and running current through the rats’ with electrified needles, as if this bears any relation to what happens in your high street acupuncture clinic. Surgeon and author of the outstanding Respectful Insolence blog, David Gorski, examined the study in admirable detail before suggesting an alternate explanation for the results:

I don’t have much time for critics of animal trials for life-saving treatments, but this is a trial that animal rights activists might want to take a serious look at. It is inconceivable that bathing rats in ice baths and jabbing them with electrified needles for the purposes of justifying a Chinese medical practice debunked hundreds of years ago could have any possible productive outcome. It certainly doesn’t tell us anything useful about acupuncture, except maybe that certain acupuncture scientists have even less of a clue what they are doing than we ever gave them credit for.