The Psychology of Initiation Ceremonies

The latest in a string of lurid allegations about initiation ceremonies in elite British universities has shocked the British public. What causes otherwise intelligent individuals to engage in unspeakable acts? 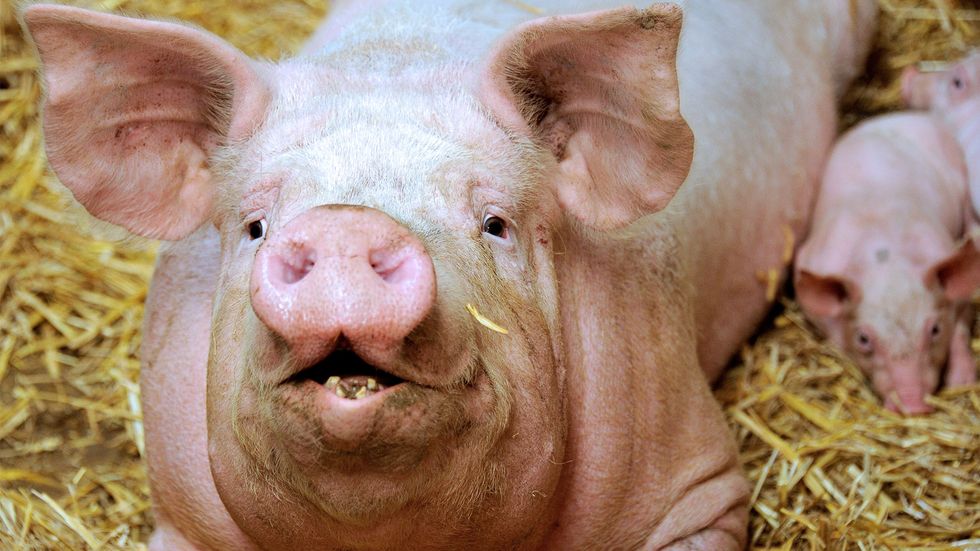 News broke this week of allegations from Lord Ashcroft, a prominent figure in the British political establishment, that the prime minister of the United Kingdom, whilst at university, engaged in a bizarre initiation ceremony involving sexual activities with a dead pig’s head. It isn’t the first time claims have been made of distasteful initiation rituals at elite British universities. Two years ago, it was claimed that new members of the exclusive Bullingdon Club (which the prime minister was also a member of in his student days, along with the chancellor and the mayor of London) must burn a £50 note in front of a homeless person.

Forms of initiation ceremonies and hazing have been practiced by societies around the world since the dawn of time. In West Africa, the Fulani people go through ceremonies involving being brutally whipped before they are considered men by their peers. While we no longer expect to hear about initiation ceremonies in modern society, there is no denying that such practices still exist. What possible reason could there be for the existence of such barbaric practices?

The phenomenon of sexually explicit initiation ceremonies was in fact tested rather directly in a 1965 experiment by a pair of psychologists from Stanford University and the U.S. Army’s leadership research unit. Little did they know, how relevant their research would become in the future. The researchers hypothesized that “individuals who undergo an unpleasant initiation to become members of a group increase their liking for the group; that is, they find the group more attractive than do persons who become members without going through a severe initiation”.

The researchers took 63 female college students and had them engage in what they thought was a study of group discussion of sex, in which the participants were given privacy through an intercom system. In reality, this was an illusion and the discussion was pre-recorded to ensure every participant in each condition experienced the same things. The participants were first subjected to an “embarrassment test” designed to emulate an initiation ceremony, which they were told the other participants hadn’t been through and that had just been introduced because the experimenter needed to make sure the participants could talk about sex freely. If the students didn’t pass the embarrassment test, they didn’t get to be part of the discussion group.

During the “embarrassment test” the students were told they were being monitored by the experimenter for signs of embarrassment such as hesitation and blushing, while they read out a list of obscene words before reading aloud vivid descriptions of sexual activity from contemporary novels (think 1965’s Fifty Shades of Grey). In a “mild” condition, participants read words that were related to sex but not considered obscene and therefore not meant to be embarrassing.

The students were then told that they would participate in a group discussion on a book titled “Sexual Behavior in Animals” which the experimenters gave the students the impression they were expected to have read. Of course, none of the participants had read the book in question, so the cunning experimenters told the participants that because of this, they could only listen in on the discussion, but that they were barred from participating.

The discussion itself was designed to be as dull and as banal as possible to make the group members as unlikable as possible: “The participants spoke dryly and haltingly... "inadvertently" contradicted themselves and one another, mumbled several non sequitiurs, started sentences that they never finished, hemmed, hawed, and in general conducted one of the most worthless and uninteresting discussions imaginable.”

The researchers came to the conclusion that this effect occurred because of cognitive dissonance. According to their theory, a dissonance occurred between experiencing the embarrassing task in order to gain access to the group and the realization that the group turned out to be a bunch of rather awful people. Rather than conclude correctly that the group members were indeed awful people, the participants in a bid to justify to themselves their participation in the embarrassing task that they just went through, concluded the opposite.

Of course, in the real world there is probably far more going on, particularly when it comes to exclusive secret societies. If every member of the group knows of an abominable act committed by every other member of the group, then any group member who fails to act in the group’s best interests is liable to be exposed. Of course this rarely occurs because of the principle of mutually assured destruction.

So what’s the moral of the story here? If you have ever somehow found yourself in a situation where you performed an initiation ritual, you might wish to reconsider whether your former tormentors are really your friends, or if they ever were.