One Amazing Reason Clickbait Can Be Bad For You!

A new study demonstrates how headlines can alter how you perceive the content of news articles. 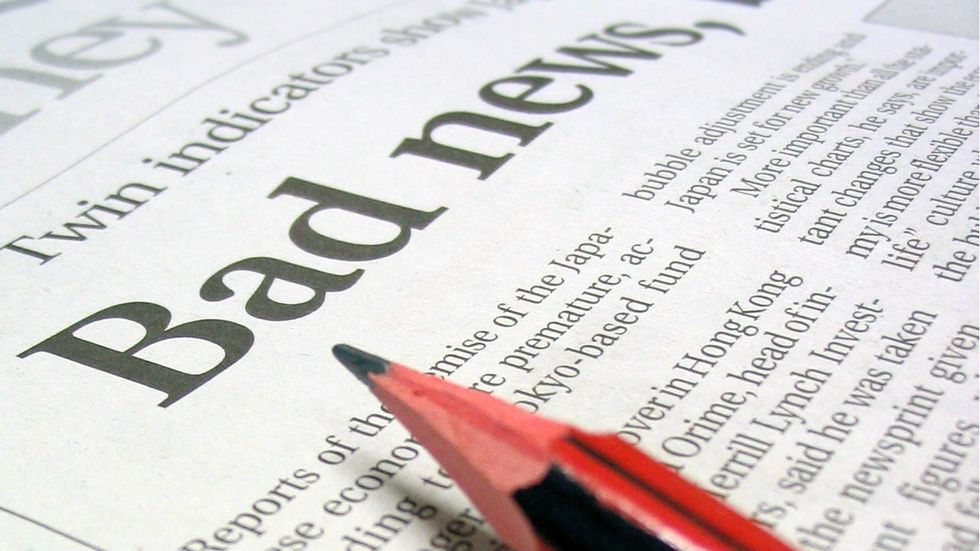 We've known for a while that most people don't tend to read online news articles the whole way through. Even in eye-tracking studies looking at how people read articles when compelled to sit in a laboratory (with no distractions and nothing better to do), many don't even bother sticking around until the end:

Now a new study published in The Journal of Experimental Psychology has demonstrated how even in the eventuality that you do read an article all the way through, a deceptive headline can impact the lessons you take away from what you read. With the move away from physical publications to digital publishing and a news cycle dominated by social media shares, “clickbait" headlines have become commonplace. All too often, especially when it comes to science news, we see headlines that are directly contradicted later on in an article — a phenomenon once dubbed by Dr. Ben Goldacre as “the caveat in paragraph number 19" after an article about a diet that supposedly cut breast cancer by 40 percent didn't mention that the study wasn't actually even about breast cancer until paragraph 19:

Now, obviously, if you have the time to track down the academic paper which this news article is describing, from the October edition of the International Journal of Obesity, you will immediately discover that it is not a study of breast cancer, and it does not find that the risk of cancer is reduced by 40 percent (although it does measure a couple of hormones). The press release wasn't exactly a masterpiece of clarity either, as CRUK's excellent science blog immediately pointed out, but in any case, the study doesn't measure breast cancer as an outcome, at all.

But if I was to leave it there, then the journalist would correctly complain: because after all the grand and misleading claims, firstly, in the body of the piece, they do mention that the outcome is not cancer, but some hormones related to cancer (with no explanation of how tenuous that relationship is). Then, finally, at the very bottom of the piece, they have the reality. Although it's not spoken in the authoritative third person of the paper itself, it's there, in a quote, at paragraph number 19.

A more recent example of this is the following headline from the Daily Express which neglects to mention the whopper of a caveat that it refers to the leading “environmental" cause of lung cancer:

The Daily Express article even quotes a researcher explicitly stating that: "Although air pollution increases the risk of developing lung cancer by a small amount, other things have a much bigger effect on our risk, particularly smoking", yet as is so often the case, the utterly misleading headline is allowed to remain. Until now, we might have been forgiven for thinking that the only people affected by such questionable journalistic practices were those who don't read the whole article, but we now have reason to believe that the situation is worse still.

The Danger of False Balance

Back to the recently published study, researchers created articles using the common but controversial practice of false balance – providing equal airtime to opposing views from sources with very different levels of credibility. The researchers headed the articles with opposing headlines such as “GM Foods may Pose Long-term Health Risks" versus “GM foods are Safe". The body of the articles were both the same and included a statement from a reliable source, for example:

In a recent statement issued by a consortium of over a dozen international science academies, including the Australian Academy of Science, it was explained, "GM products have been used for many years and have been consumed without any substantiated evidence of ill effects on health. There is no logical reason they should be of any health concern, and their safety has been confirmed by many peer reviewed studies world-wide."

This was contrasted with a statement from a (fictional) unreliable source, such as:

Irene Michaels from Organic Food Science Australia says the GM argument cannot be justified, as all of the claims about higher yield and longer shelf life have not been proven. “GM crops may have slightly increased levels of nutrients and vitamins but in order to do that, scientists have to interfere with the plants' complex metabolic pathway. This technology can't deliver on its promises as it is still unknown whether the genetically mutated food is safe to eat, as long-term health impacts remain undetermined."

The headlines influenced the readers thoughts about the content of the article – in this case - genetically modified foods. Similarly, participants were swayed by the headlines “Fears of Fluoride in Drinking Water" versus “Fluoride Beneficial in Drinking Water". In this example a fictional “Robert Paul from the Wanneroo Citizens' Association" was pitched against “Many major health organizations including the Australian Dental Association" citing “50 years of legitimate peer-reviewed research". In these cases, despite the fact that the content of the articles never actually changed, participants allowed themselves to be swayed by the headline alone.

The findings suggest writers and editors need to take seriously their responsibility not only in citing reliable and credible sources, but also in choosing a headline that accurately represents the truth – rather than a headline that will get the most clicks. Similarly, readers need to be aware that headlines have an impact on how they perceive articles they read; in an age where profits are determined by clicks, accurately portraying the truth may not be at the forefront of an editor's mind when deciding how to phrase a headline.