The forensic laboratories that are paid per conviction 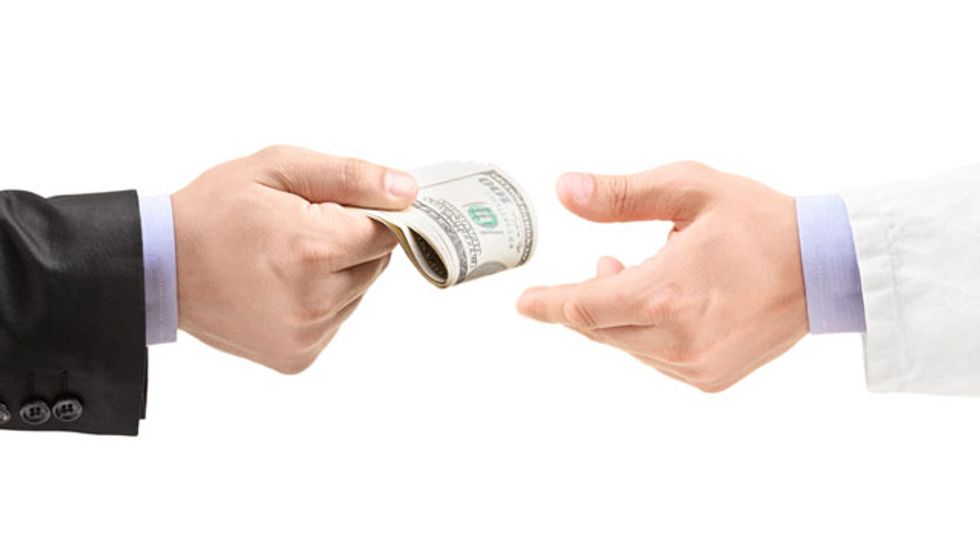 A disquieting paper has been published in the journal Criminal Justice Ethics, that suggests the decisions of forensic scientists are being influenced by payments for convictions. The authors Roger Koppl and Meghan Sacks, cite as an example one laboratory for which collection of court costs following guilty verdicts is the only stable source of funding. According to the paper, in Washington those found guilty following forensic evidence against them must pay a $100 fee, in Kansas the fee is $400, in North Carolina there is a fee of $600 for those found guilty following DNA evidence, similar rules apply in Alabama, New Mexico, Kentucky, New Jersey, Virginia, Illinois and Michigan.

It's not difficult to see how this situation creates a perverse incentive, but what make this case so incredibly worrying is how intrinsically vulnerable evaluation of forensic evidence is to bias. There is plenty of evidence to suggest that when a forensic scientist is given evidence about a case, their decisions regarding ambiguous fingerprint and DNA evidence can be swayed.

The paper cites a report by the National Academy of Sciences (NAS) which suggests that "the opinions of bloodstain pattern analysts are more subjective than scientific", other areas of forensic science that were assessed to rely heavily on subjective judgment included fingerprint analysis, handwriting comparisons, traditional hair microscopy, ballistics and impression evidence (e.g. comparisons of shoe and tyre tracks).

The paper comes at a time when thousands of cases are under investigation due to malpractice by forensic scientists. 800 rape cases are under review due to one technician's poor work, another technician from a now closed lab may be responsible for thousands of wrongful drug convictions, hundreds have already been released and the investigation is still incomplete. A Minnesota lab was recently shut down after "a subsequent review by two independent consultants identified major flaws in nearly every aspect of the lab’s operation, including dirty equipment, a lack of standard operating procedures, faulty testing techniques, illegible reports, and a woeful ignorance of basic scientific principles....  (the lab) was run by a police sergeant with no scientific background, had no written operating procedures, didn’t clean instruments between testing, allowed technicians unlimited access to the drug vault, and didn’t have anyone checking anyone else’s work. Analysts didn’t know what a validity study was, used Wikipedia as a technical reference, and in their lab reports referred to “white junk” clogging an instrument.".

It's difficult to conceive how there could be a greater conflict of interest than paying forensic scientists for convictions. If this is allowed to continue, perhaps we should start giving doctors bonuses for dead patients or judges bonuses for guilty verdicts, the logic would be no different.

The paper in question is paywalled but you can find a preprint here. I find it somewhat remarkable that even after this story has been covered by the Huffington Post where it clearly generated a great deal of interest, the paper has been viewed only 12 times. I can't help but note the irony of a paper exposing injustice in a journal of ethics failing to be read because of a paywall. If anyone is able to corroborate the claims made in the paper or provide any further information with regard to the situation in other jurisdictions please do so in the comments.