If a patent is rejected, but no one is around to hear it, does it make a sound?

Why is a psychologist claiming "patent rights" for a basic psychological technique that he did not invent and does not own the patent for? 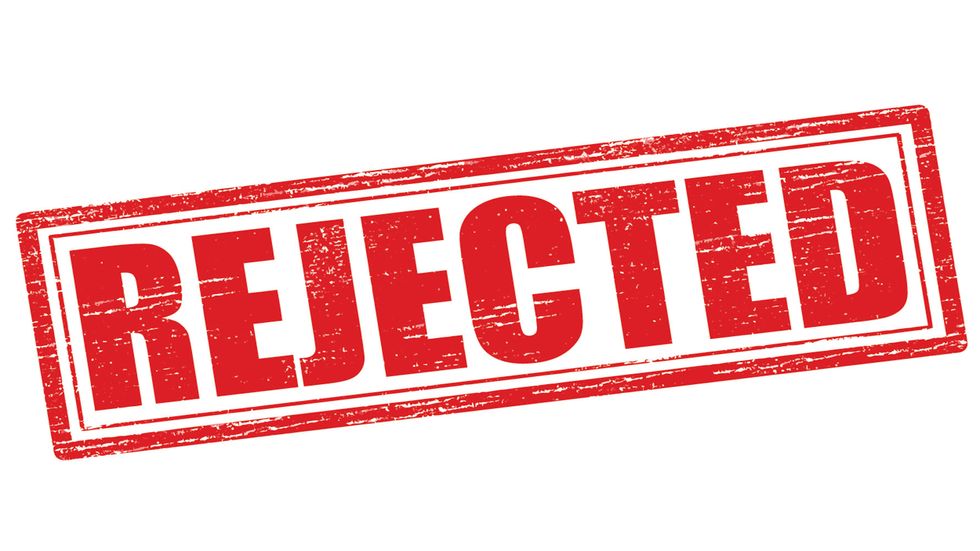 Back in 2012, I described the case of Nader Amir, a psychologist who makes a very unusual claim on his website, where he markets therapeutic software directly to patients. The claim, which is still in place, reads: "Attention Retraining is protected by patent rights held by San Diego State University and can only be used by purchasing Attention Retraining on this web site or by receiving written permission from Cognitive Retraining Technologies, LLC." The claim is unusual because the technique is not a new invention and therefore one wouldn't expect it to be patentable. Amir's Attention Retraining software is a form of cognitive bias modification — a basic psychological technique that's been used for decades. An alternative was even already available for free online. It later emerged that only a patent application had been submitted, but no patent had actually been granted. The claim has been worrying to researchers working in the field of cognitive bias modification, who have been concerned that they may run into legal scrutiny if they continue to research the technique. The problem is particularly serious because the technique is arguably a long way from being ready for clinical use — let alone ready for direct marketing to patients. Twice, online replications of the technique have failed, including one by Amir himself. Amir fails to mention any of this on his website, where he lists only positive findings, flatly ignoring the growing body of evidence calling the validity of the technique in its current form into question.

I am happy to say that a year after my post, Amir's patent application (no. 12/743357) was quietly rejected due to the "prior art" by Mathews and MacLeod described on this blog. Despite the patent being rejected over a year ago, Amir's patent claim continues to remain on the website where he markets his software directly to patients. Given that the patent application was denied, the claim seems demonstrably false unless, of course, Amir is referring to some other patent(s), but I am not aware of any.  And, Amir hasn't responded to any of my requests for information over the last three years. Without any hint of irony, the "patent rights" claim appears directly below a statement that Amir received $2 million of public grant funds from the National Institute of Mental Health to investigate the technique.

Another issue I highlighted was the possibility that clinical trials with negative findings may have been "file-drawered," leading to an overestimation of the effectiveness of cognitive bias modification. This might be implied by Amir's clinical trials, which still have not been completed, despite being registered on clinicaltrials.gov seven years ago. Incidentally, last month a meta-analysis of cognitive bias modification trials was published in the British Journal of Psychiatry, which found "strong evidence for publication bias." In studies involving clinical samples, the publication bias was described as "considerable" — the higher the quality of the study, the smaller the effect size:

"In fact, promising new interventions like CBM are very susceptible to a particular type of publication bias — time lag bias — the phenomenon in which studies with positive results get to be published first and dominate the field, until the negative, but equally important, studies are published — if they are published at all. Nonetheless, we suspect this phenomenon was aggravated for CBM by highly laudatory narrative reviews, comments, and editorials, published before the efficiency of the new interventions had been established in well-powered, methodologically appropriate RCTs."

The meta-analysis also suggested that cognitive bias modification research has been affected by experimenter effects; i.e., the intentional or unintentional actions of the experimenter may have influenced the results rather than the results being due to the experimental variable. Effects were larger when participants were compensated for their participation and — as was pointed out on this blog — also when the study was conducted within a laboratory rather than in the home, where it is being marketed. Furthermore, in treatments for anxiety and depression, effect sizes were negatively correlated with the number of sessions of therapy.

It is now over two full years since the patent claim was pointed out to Amir, first directly and privately by email, then publicly on this blog and again a year later on the Neuroskeptic blog when Amir published corrections to two of his earlier papers noting his undisclosed conflicts of interests regarding his product. We are still awaiting a response. (We're not holding our breath — Amir was contacted yet again for comment on this article, but no response was received.) In the meantime, I hope researchers will not be put off from researching the field of cognitive bias modification by Amir's false and confused "patent rights" claim.

For more from me on the problem of dubious patents and patent trolls, check out my post at Scientific American.