Why People (Still) Believe in Quacks

Why is it that in the face of a total lack of evidence for their effectiveness, so many people feel so much affection for quacks? 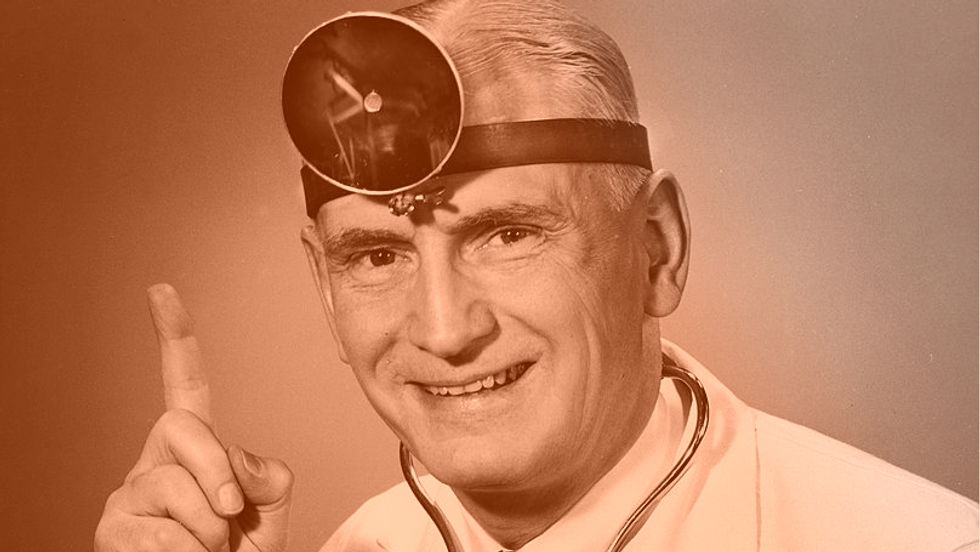 After last week’s post on the futility of acupuncture, I received an interesting question:

“Can we use the placebo effect more to help people overcome illnesses — e.g., Play on the power of beliefs?”

It probably won't come as a surprise to you that the quality of interaction between doctors and their patients has real effects on health outcomes. This is strong evidence (as if any was needed) that the placebo effect is just as useful, and can be applied just as effectively by real doctors as by quacks, who depend largely on the placebo effect for the mediocre gains in their patients' health.

But this is just the tip of the iceberg. Far more interesting evidence for the importance of the doctor-patient relationship comes from a series of fascinating studies that examined doctors who were sued by their patients. Importantly, doctors that have been sued and doctors that have never been sued cannot be distinguished by the quality of their care or their chart documentation. This is supported by the fact that under 2 percent of patients injured due to malpractice actually sue their doctors, which implies some other factors other than actual malpractice alone, must influence a patient's decision to sue their doctor. So, if that factor isn't quality of care, then what is it?

In 1997, researchers led by Wendy Levinson, set out to answer this question by closely examining the real-life interactions between real doctors and real patients. Levinson compared doctors that had been previously sued and doctors who had never been sued. She found that doctors that were sued didn't differ in the content of what they said, but in the way that they communicated. Doctors who were sued not only spent less time with their patients, but also interacted with them completely differently. They used less humour and laughed less, indicating less warmth and friendliness; they provided fewer orientation statements, such as: "First I'll examine you and then we will talk the problem over." They also used fewer facilitation statements, such as: "Go on, tell me about that," and, "What do you think caused that to happen?" which indicate interest in the patients' opinion.

So far, so unsurprising, you might be thinking. But this story is about to take a tumble down the rabbit hole. Five years later, Nalini Ambady, reanalysed the recordings that Levinson made. Levinson's 1997 study involved recording surgeons and doctors. While the blind analysis of the recordings of the doctors strongly predicted whether they had been sued, the same analysis didn't find any significant results in the surgeons.

Ambady hypothesised that the surgeons who had been sued could be identified by their tone of voice alone. To remove any doubt that the tone of voice was the only factor involved in the analysis, Ambady scrambled the recordings so that words could not be distinguished at all. The distorted clips were cut down to only 10 seconds taken from the first and last minute of the interactions between the physicians and their patients. This left nothing but the expressive features of the sounds such as intonation, speed, pitch, and rhythm.

The researchers recruited undergraduates to rate the garbled recordings and found that surgeons who'd been sued were judged as more dominant and less concerned, based on nothing but the tone of their voice alone. The shocking result was the foundation for Malcolm Gladwell's entertaining bestseller Blink, which provides plenty of interesting anecdotal examples of the very same phenomenon occurring elsewhere.

Let that sink in: The defining factor for surgeons that were sued certainly wasn't whether they'd actually committed malpractice; it wasn't even what they said to their patients. It was the tone of the words they used. Another important factor previously picked up on by Levinson in her analysis, was that doctors that were sued simply spent less time with their patients.

All of this is useful information to doctors and patients for obvious reasons. Doctors don't want to get sued; patients want to get healthy; and a good doctor-patient relationship facilitated by a compassionate doctor results in both.

But these findings also help us understand why practitioners of treatments such as homeopathy that have been conclusively shown to have no effect beyond a placebo effect, are so very popular with their adoring fans. Homeopaths, acupuncturists, and the like have all day to form that precious relationship with their patients, the content of the words they say may well be precisely as useless as the garbled sounds used in Ambady's study, but perhaps it isn't the content of the words that matters; maybe it is the fact that their patients leave the room feeling like they've been listened to and treated with compassion. If the army of keyboard warriors who take to the comment sections under any and every article on alternative medicine (and the current state of my poor, poor inbox) is anything to go by, these people feel very strongly about their chosen remedy. People clearly love their quacks; perhaps this is part of the reason why.