Why I Can’t Take Homeopathy Seriously

Jeremy Corbyn, the man who will take the Labour Party to the next British election, believes in homeopathy. Here's why that matters. 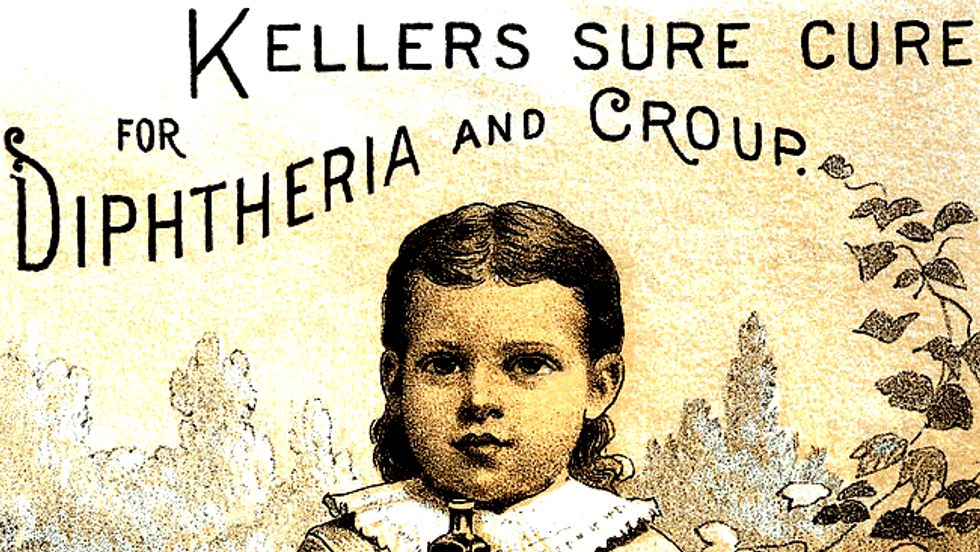 Jeremy Corbyn has been elected leader of the British Labour party, in a stunning first-round victory that dwarfed even the mandate for Tony Blair in 1994.

First, congratulations on your election to lead the Labour party. Your political views resonate with me and many of my peers. Until recently I was even considering joining the Labour party so I could vote in support of your leadership.

I was crestfallen to learn that you voted in 2010 in support of the provision of homeopathy on the NHS at taxpayer’s expense. To support this view you tweeted:

“I believe that homeo-meds works for some ppl and that it compliments (sic) 'convential' (sic) meds. they both come from organic matter...”

I'll try and deal with the litany of problems with this single tweet with some lighthearted good humour, but rest assured, this issue is one you should take very seriously. Countless people have died after choosing homeopathy instead of genuine medicine. Homeopathy has been shown by hundreds of studies to be no more effective than placebo pills.

Homeopathy is based on a series of ludicrous ideas that have been so thoroughly debunked that for this modern, educated generation, belief in homeopathy has become a litmus test to easily identify anyone who is irrational, uneducated, or hasn’t learned how to use the Internet to conduct elementary research before sharing their opinion (let alone voting on that opinion in parliament as you have). All three of these factors: rationality, education, and the ability and inclination to distinguish fact from fiction are vital qualities for a future leader.

As much as I’m concerned by your belief in homeopathy, I’m even more perplexed by your justification for your belief. You state about homeopathy and “convential” (sic) medicine: "They both come from organic matter." This sentence represents several profound misunderstandings. "Organic" simply means something that is derived from living matter and produced without artificial chemicals. Firstly, conventional medicine is not necessarily organic. Secondly, due to the fact that homeopathic preparations don't actually contain any active ingredient whatsoever; they are only organic in the same somewhat abstract sense that a glass of water is organic. Thirdly, whether or not a medicine is organic has precisely zero bearing on whether or not it is effective.

Effectiveness of medicines is tested by randomised, controlled trials, which have repeatedly shown homeopathy to be ineffective. Your statement is both incorrect and irrelevant to your case. You might as well have backed up your belief in homeopathy with the claim that the sky is the colour green. Cow dung is organic matter; that doesn’t mean it would make good medicine.

I am not the first person to raise these concerns. They were raised five years ago at the time of your vote on homeopathy in parliament. They were raised again by Ian Dunt at Politics.co.uk (who coincidentally also chose to use the phrase "litmus test" to describe belief in homeopathy as an indicator of bigger problems). Over the last week your tweet has received hundreds of replies from your former supporters, calling for you to clarify your views, yet to my knowledge you have remained silent on this issue.

I’d genuinely love to see your otherwise progressive voice be heard within the Labour party, but I can’t bring myself to support someone who ignores evidence, ignores criticism, and justifies their views with such obvious disregard for science and rationality.

I'd be grateful if you'd make a statement clarifying your views, which I'd be happy to print below this letter. I implore you to take this opportunity to disassociate yourself from the laughing stock that is homeopathy paid for by our taxes and supported by our Health Minister and to take a stand against the current Health Minister’s disregard for evidence-based policy, rather than joining him.

Formerly writing with the pseudonym "neurobonkers", Simon has a history of debunking dodgy scientific research and tearing apart questionable science journalism in an irreverent style. Simon has written and blogged for publishers including: The Psychologist, Nature, Scientific American and The Guardian. His work has been praised in the New York Times and The Guardian and described in Pearson's Textbook of Psychology as "excoriating reviews of bad science/studies”.