What do guns, roses, and Guns N' Roses have in common? They're all awesome. And all of them are in our weekly random fact roundup. 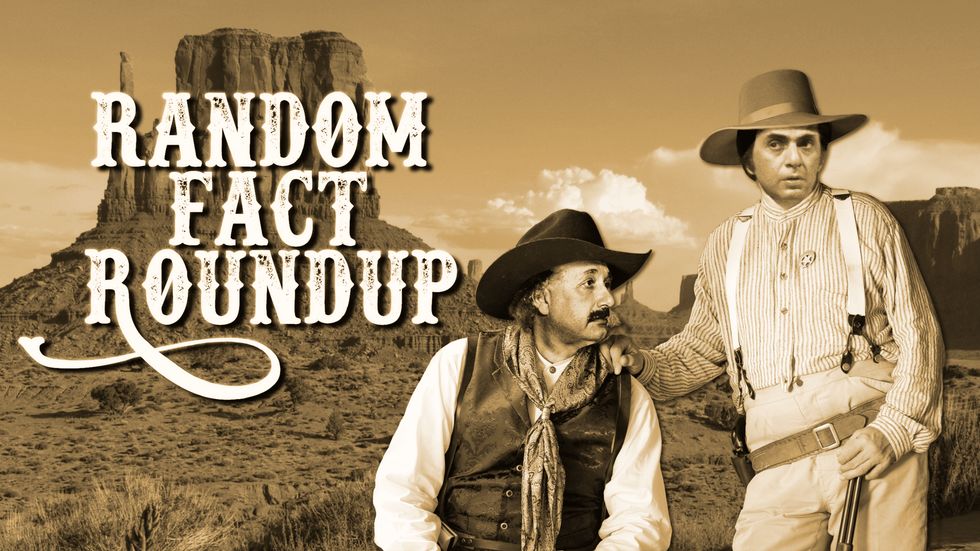 — According to a 2015 Harvard study, there are 265 million guns in America, which itself has a population of 320 million. That's roughly one gun for every adult in the country. Most gun owners own two guns, while 39% of the 265 million guns were owned by 8% of the gun-owning population. In short, that means that 8% of gun owners in America own 10 or more guns. (source)

— Charles Guiteau, the man who assassinated President James Garfield, bought the gun he used to eventually kill the president because he thought "it would look good in a museum." He was right. It ended up in the Smithsonian but was lost sometime in the early 20th century. (source)

— The biggest gun ever built was the Schwerer Gustav (usually called the Gustav Gun), built by the Nazis during WWII. It was 155ft long and fired bullets 31 inches wide. Luckily it was only fired about 300 times before being caught by the Allied forces and turned into scrap metal. It weighed an astonishing 1,330 tons, which is about as heavy as seven adult blue whales. (source)

— The history of roses as a symbol of love and affection goes all the way back to the Greek gods, where Aphrodite (and later Venus) were often depicted with roses. In India, the god Vishnu created his wife Lakshmi from 108 large roses and 1008 small roses. Must've been tough to top that for a party trick. (source)

— In ancient Rome, the phrase "under the rose" meant that something was top secret. In high-class banquet halls, roses were painted on the ceilings as a visual cue that whatever happened at the table was not meant to leave the table. This led to the phrase "sub rosa" (literally 'under the rose'), a phrase which is still used today to denote confidentiality. (source)

— Guns N' Roses (hereby referred to as GNR) got its name from an amalgamation of the names of Tracii Guns, the band's original guitarist, and Axl Rose. Tracii Guns was in a band called L.A. Guns, and Axl Rose was in a band called Hollywood Rose. They played some of their earliest gigs at the Kibitz Room, which is located inside Canters Deli, a 24-hour Jewish deli in Los Angeles. (source)

— The band's 'Use Your Illusion' tour lasted over two and a half years, grossed $56 million, and caused two riots, one in St Louis, the other in Montreal. (source)

— The oft-maligned Chinese Democracy album, recorded with none of the original members except for Axl Rose, took 10 years and $13 million to make, almost entirely due to production costs. The album was actually completed in 2000, but Axl was influenced to scrap the recordings entirely and start again. (source)

— After being stalled for nearly nine years, soda company Dr Pepper offered everyone in America a free can of their beverage if Chinese Democracy was released in 2008. It was, and Dr Pepper delivered on that promise, offering a coupon that was available for 48 hours on their website, which crashed several times during the two-day period. Axl Rose decided to sue Dr Pepper, saying something about it degrading the album's release. (source)