Welcome to the Anthropocene! Ushering in the New Year with a New Epoch

Coming to grips with the real changes. 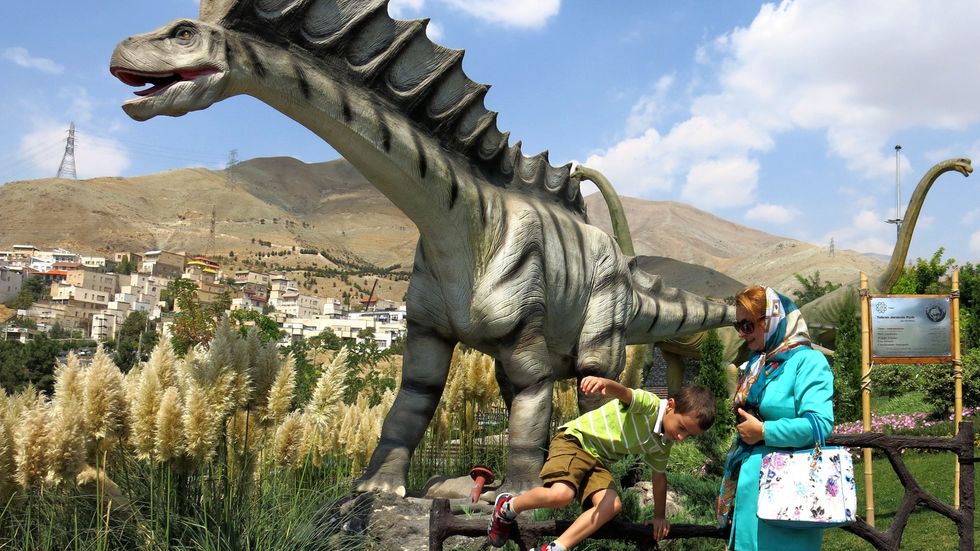 We're ringing in the New Year and, possibly, the start of a new epoch. Welcome to the Anthropocene!

An epoch is a marker in the geological timescale that indicates a critical shift. So, the Holocene epoch, in which we currently live, began 11,700 years ago when the ice age began to thaw out. For the dinosaurs that lived in the Cretaceous period, the giant asteroid that wiped them all out ushered in a new epoch.

Scientists are now proposing Earth has entered a new epoch. And the event that changed it all? Humanity.

“Any formal recognition of an Anthropocene epoch in the geological time scale hinges on whether humans have changed the Earth system sufficiently to produce a stratigraphic signature in sediments and ice that is distinct from that of the Holocene epoch,” the scientists wrote in a recent paper published in Science.

They cite how the fertilizers from modern agriculture have changed the chemical composition of our soil; how materials such as aluminum, plastic, and concrete will leave behind identifiable fossils in the geological record; and how nuclear fallout will be detectable in sediments around the world for 100,000 years (if not more).

A team of scientists from the Anthropocene Working Group are working on a proposal to argue that the International Commission on Stratigraphy formally recognize the Anthropocene, which the team argues began “around the beginning of the Industrial Revolution in Europe.”

In the letter, the team also cites the mass extinction rates, which have been increasing since the 19th century due to “changes associated with farming and fishing, permanently reconfiguring Earth’s biological trajectory.” An issue many have presented is one related to climate change. Formalizing a new epoch would bring to the front the same issues relating to climate change. But it would underscore the severe impact humans have had on the planet — a fact some may not be willing to accept.

The scientists that took part in this letter realize the implications of their proposal, saying, “Formalization is a complex question because, unlike with prior subdivisions of geological time, the potential utility of a formal Anthropocene reaches well beyond the geological community. It also expresses the extent to which humanity is driving rapid and widespread changes to the Earth system that will variously persist and potentially intensify into the future.”