Waverly Labs has developed a universal language translator that sits in your ear. It's called the Pilot. 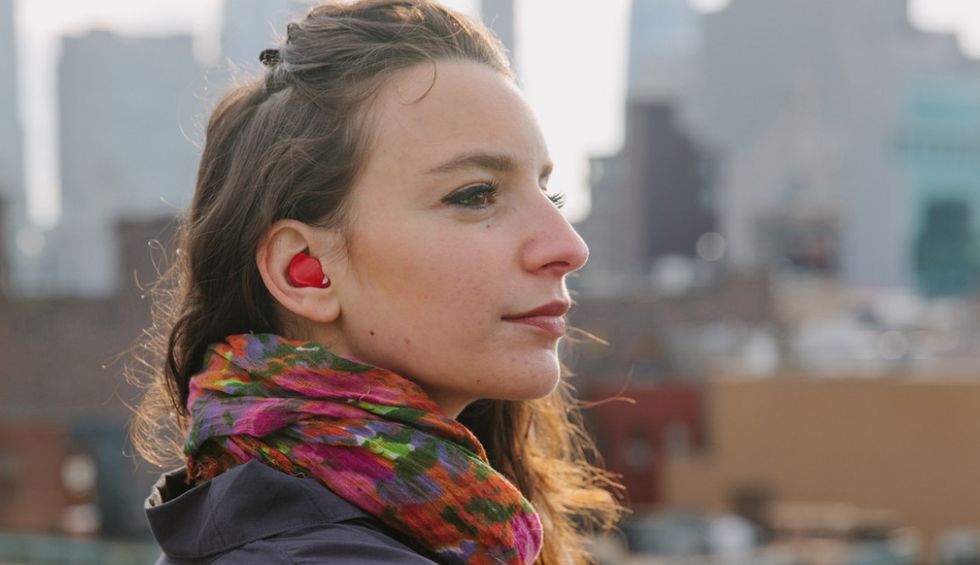 Language is a road block preventing us from truly understanding one another. It's alienating not being able to fully communicate an idea. But a new technology may change all that, and put translators out of a job. The company behind this latest development is Waverly Labs. This start-up based in New York City claims it has developed the first smart earpiece capable of translating between users speaking a different language.

A universal translator has been a longtime dream, romanticized in such shows as Star Trek. It was made out of necessity; exploring strange new worlds often means communicating with other species. The story of the Pilot earpiece’s development was born out of something else: love. This is what happens when an English-speaking engineer falls in love with a French-speaking woman:

The Pilot sits in the ear and translates when someone is speaking another language, relaying to the wearer what has been said in a Siri-esque voice. It allows each speaker to communicate in their native tongue and be understood.

The company claims the Pilot will be able to translate between English, Spanish, French, and Italian when it comes out. It’s also working to expand its translator to understand a number of other languages, including Hindi, Arabic, East Asian, Semitic, African, and Slavic.

According to the company website, the earpiece will be able to work offline. But the earpiece will need to pair with a smartphone loaded with the Pilot app where the language database may will live. In that case, it's important to consider if current smartphones would have the necessary computing power to process these translation requests. Think about it this way: Siri processes user requests in the cloud and then relays them back to your phone. So, Waverly Labs achieving offline language processing and translation would be a big deal.

It's important to note Waverly Labs is looking for funding to make this product a reality. It’s planning to kick-off an Indiegogo campaign on May 25. At retail, the Pilot will run between $249-$299 (2 earpieces total). As for when these universal translators will be available, it’s hard to tell with most crowdfunding campaigns. Waverly Labs says it’s aiming to deliver on Indiegogo orders by next spring.