Where do our best ideas come from? As it turns out, science says there are a number of ways to help prime the brain for divergent thinking. If you've hit a creative roadblock, here are a few ways to get the ideas flowing. 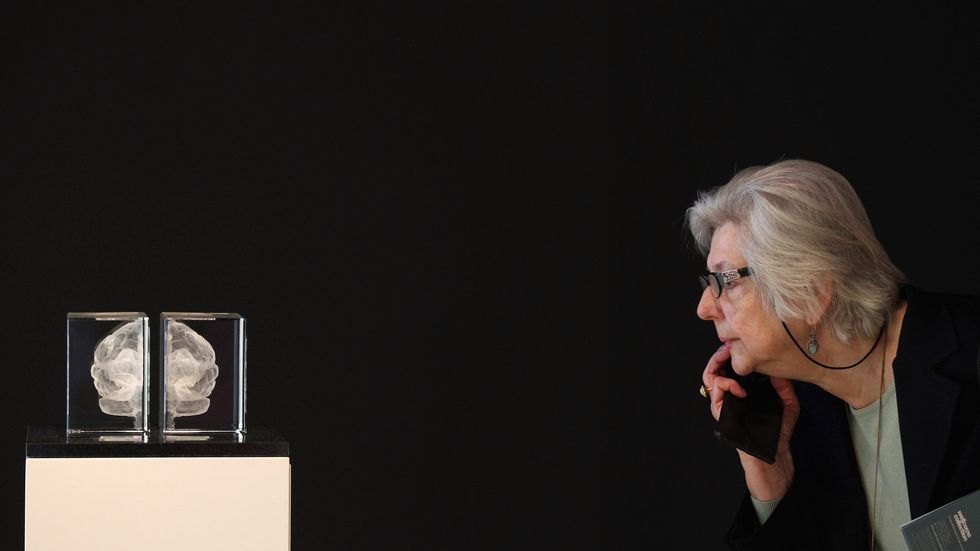 Where do our best ideas come from? As it turns out, science says there are a number of ways to help prime the brain for divergent thinking. If you've hit a creative roadblock, here are a few ways to get the ideas flowing.

It doesn't matter where you walk, just walk.

One study conducted by a group of researchers from Standford found environment didn't play a role, whether walking indoors on a treadmill or taking a stroll outside in the woods, the creative boost participants received was the still huge compared to the sedentary control.

"I thought walking outside would blow everything out of the water, but walking on a treadmill in a small, boring room still had strong results, which surprised me," Marily Oppezzo, a Stanford doctoral graduate in educational psychology, said in a statement. The results were clear, participants who walked scored higher on tests for "divergent thinking."

Boredom is a lost art. With a number of digital instruments ready to distract us, our best ideas aren't getting their time to creep into the forefront of our brains. WNYC's Manoush Zomorodi ran a wonderful series called, Bored and Brilliant, which explores the intersection of boredom and creativity.

"I kind of realized that I have not been bored since I got a smartphone seven years ago," Zomorodi says. Research suggests when we stop bombarding our brains with tweets and Facebook updates, our brains start to “space out,” which is a moment when we start to find our best ideas.

Try reading the phonebook or take a walk to help trigger boredom.

“Part of why walking, I think, is important is it can be boring. It’s that very aspect that causes your mind to go back and revisit, even subconsciously, on what you’ve been analyzing and learning,” said Barbara Oakley, an engineering professor at Oakland University and author of A Mind for Numbers: How to Excel at Math and Science (Even If You Flunked Algebra).

Yes, coloring books for adults are trendy, but there's something to this latest fad that relates to the previous suggestion “be bored.” According to clinical psychologist Kimberly Wulfert for EverydayHealth.com, "you're being mindful, and when you move in a rhythmic fashion for an extended period of time, that becomes a meditation."

It's an exercise in letting go and exploring our own artistry, which color and how much should go in what space.

Take advantage of that 3pm fatigue to brainstorm.

While I wouldn't recommend starving yourself of sleep for a good idea, it's good to take advantage of them when they make themselves available. I always keep a pen and paper beside my bed for when an idea hits as I'm lulling off to sleep. When I wake the next morning I'll either find a great story to pitch my editor or a note full of utter gibberish.

Ron Friedman, author of The Best Place to Work, explains our fatigued brains are less capable of filtering out all the weird stuff, like we are during the day. He suggests finding that time when you're tired and less-focused to box off that time for creative brainstorming.

Nostalgia can do the creative brain some good, according to one study. Look in an old yearbook or maybe reminisce about an interesting time in your life. Researchers published a study in the Journal of Experimental Social Psychology where they found thinking about the past helped boost linguistic creativity and creative thought. After all, what better place to draw inspiration than from one's own mind?