It may be that the era of mass public shootings began way back in 1966 when two occurred within weeks of each other in Chicago and Austin. There have been 306 school shootings since 2013, or about one a week, according to Everytown. Each time such a tragedy occurs, we’re first reminded of the easy availability of assault weapons followed quickly by blame assigned to the people—local police, psychologists, social workers—who failed to identify the perpetrator as a danger to their community. But this kind of hindsight is unfair. The truth is there’s been amazingly little coordinated study of the psychology behind mass shooters and very little consensus as to what those warning signs might be. A new review of such research was compiled by sociologist Michael Rocque and criminologist Grant Duwe and is in the February issue of Current Opinion in Psychology.

Media finger-pointing exacerbates such lazy misconceptions and hysteria, so in the absence of methodical study, Roque notes, “Everybody’s an expert on this issue, but we’re relying on anecdotes.” 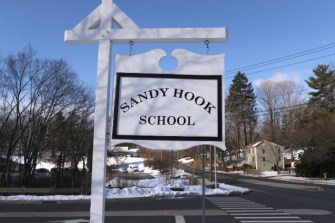 As defined by Rocque and Duwe, rampage shootings are mass shootings (generally defined as involving four or more victims), taking place in a public location, with victims chosen randomly or for symbolic purposes.

School shootings are any violent gun attack on another person occurring in a school. 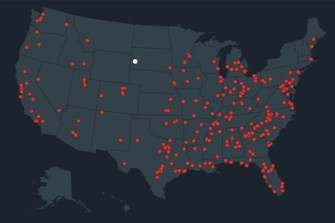 The heartbreaking attack on Marjory Stoneman Douglas High School in Parkland, Florida on Valentine’s Day was an example of both types of shooting.

Duwe tells Science News, “There is little good research on what are probably a host of problems contributing to mass violence,” and he’s not alone in thinking so. Another researcher criminologist, James Alan Fox, has been trying for a decade to get crime researchers to pay closer attention to the motivations of these killers. Criminologists may ascribe the same motives to a mass murderer as they would to other murderers, or consider them simply so psychotic that study of them would be beyond criminology. And in the U.S., gun violence is such a politically charged topic that there’s been very little funding allocated for the study of it. 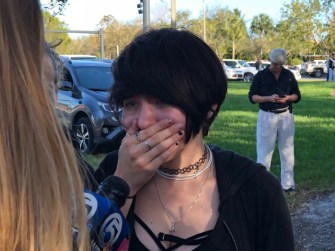 Absent widespread research on learning to identify potential shooters, individual experts have been trying to develop some helpful insights and predictors, and Rocque and Duwe compile some of the latest theories in their summary.

Obviously, it’s too simplistic and unhelpful to simply pronounce each shooter as mentally ill and then move on to the next tragedy. Most mentally ill people are non-violent. Researcher Louis Klarevas, in his book Rampage nation: Securing America from mass shootings, finds that while 80% of mass killers have some form of mental illness—with mental illness and anger as immediate factors—it’s more a “gateway” and not a trigger to action. Another analysis suggests that 60% of shooters have been diagnosed with mental issues. This is three times higher than the incidence of mental illness in the general population, so it’s concerning, but it also means that a substantial 40% of shooters have not previously been diagnosed as having mental issues.

Nearly every mass shooter in recent times, 99%, has been male and some suggest a challenge to masculinity is a recent contributing factor in the decision to kill. Sociologist Michael Kimmel posits that mass shootings may reflect the “culture of hegemonic masculinity [that] encourages the use of violence to avenge a perceived challenge to their masculine identity.” Intriguingly, most shootings occur in white rural areas where local culture encourages an unambiguously heterosexual form of masculinity. 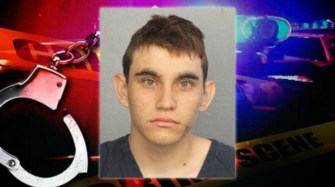 In today’s attention-hungry American culture, it’s clear that becoming a shooter is a quick way to fame. Florida media coverage may also encourage potential shooters to become copycats, sometimes perhaps out of a feeling of identification with another shooter. Some experts have suggested that names of mass killers be withheld from media coverage so as not to risk glorifying them in the minds of dangerously like-minded individuals.

The trinity of violence

In his book Rampage nation: Securing America from mass shootings, Louis Klarevas cites a trinity of violence: three conditions that need to be in place for a shooter to commence an attack.

1. The availability of a weapon capable of killing many people in a short time
2. A motivated offender
3. A target or targets

This idea, described by Jack Levin and Eric Madfis in “Mass Murder at School and Cumulative Strain,” sees the individual experiencing increasing levels of strain until he snaps. It describes a series of events that may lead to an attack.

1. Long-term strain, from bullying, troubles with employment or family
2. Uncontrolled strain, when the subject has no access to other people who can help relieve the growing strain
3. A specific strain of some sort, a loss or setback, sparks the idea of a shooting
4. Planning
5. Attack 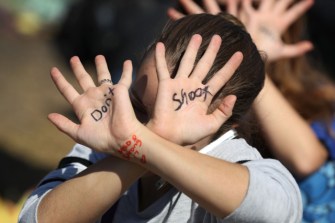 Mass shootings are on the minds of many of us on a daily basis, especially those of us who are parents with school-age children. In 2018, wishing a child a good day upon being sent off in the morning includes the implied “please don’t get killed.” For the kids, it’s a never-ceasing shadow of each day and their social interactions. Alongside common-sense gun-control regulations that protect children, a more aggressive and science- and data-driven assessment of what causes a shooter to shoot is beyond overdue.

Is science destined to crack the code of consciousness—and how would we even go about it?
▸
8 min
—
with
Max Tegmark
Up Next
Culture & Religion

Why the original meaning of the American Dream is unrecognizable today

What is the American Dream? The ever-changing definition of it might surprise you nearly as much as what it used to mean.