They’re called hikikomori, and their self-imposed isolation is so profound that they do not leave their apartments for a minimum of six months. Reportedly, some have even tethered themselves to their bedrooms for decades.

But this kind of isolation must be a rare thing, right? Who could stand to constantly avoid other people for years? Well, apparently about 700,000 Japanese people have adopted this lifestyle. 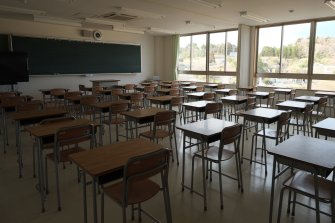 Some argue that Japan’s rigorous and demanding education system helps to cause people to become hikikomori.

What causes someone to become hikikomori?

Like most behavioral issues, it’s difficult to pin down exactly what mechanism lies behind it. However, there are some common features.

Japan is a very rigid, structured society, and the pressure starts early. Students are expected to study constantly, the school year lasts six weeks longer than in the U.S., and, when the Ministry of Education reduced the school week from six days a week, many parents began enrolling their children in juku, or “cram schools,” to fill in the extra hours with as much education as possible. Because of the emphasis on exams in Japan, about half of all junior high students in Japan attend juku.

Combined with the fact that the period from 1990 to 2010 saw very little economic growth in Japan, many students questioned the purpose of their high-intensity education when there was little guarantee of work at the end of it.

Social life in Japan, too, is highly structured and etiquette practices can quickly become complex depending on the situation and the others involved. For example, Japanese has many grammatical structures that vary depending on the exact nature of the person being addressed, whether they’re a superior, an employee, a customer, an older woman or man, a younger woman or man, and many others. Giving gifts is common, but certain items are considered impolite. Giving a kitchen knife to a newlywed couple is a no-no, since this implies separation.

What’s more significant than the specific rituals and rules in Japanese culture, the general, pervasive sense of propriety and correct behavior can be stifling. It is impossible to go through life without embarrassing yourself socially at least once, but in a culture where correct behavior is highly valued, slipping up in this regard can be traumatizing.

Often, a triggering academic or social failure prompts young men and women to withdraw from society and become hikikomori. It’s also been speculated that this social phenomenon is due, in part, to a culture of shame surrounding mental health issues. Depression wasn’t even recognized as a real condition until the late 1990s in Japan, and it is sometimes still seen as an excuse to take time off of work. Rather than be labelled as depressed or anxious, the term hikikomori paints people with a broader brush. 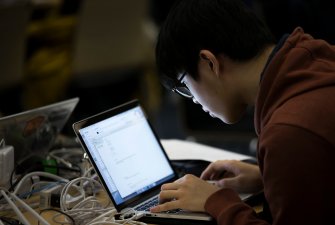 Many hikikomori support themselves through remote work.

How do they survive?

Most hikikomori come from middle-class families that can provide support for them. A large number of them continue to depend upon their parents for food and shelter. Considering how long some hikikomori maintain their hermit-like lifestyle, this can be both crippling to the parents and extremely dangerous for the hikikomori themselves.

The “2030 problem” refers to the fact that by 2030, the first observed generation of hikikomori will turn 65, and their parents will likely have died. In 2017, the bodies of an elderly couple were found in their apartment, along with that of their 43-year-old son. His body showed signs of starvation.

However, other hikikomori support themselves, all while never leaving their apartments. This lifestyle is relatively new, partly because the internet makes it possible. Some hikikomori support themselves with remote work, like software development. Food can regularly delivered, or, if necessary, they can make late-night runs to nearby, 24-hour supermarkets when they’re least likely to run into anybody. In addition, Amazon enables the delivery of basically any necessity.

Fortunately, some hikikomori do recover. Because the condition is social in nature, much of the treatment is based on normalizing social interactions. Support groups for hikikomori exist as well as publications run by and produced by current or recovering hikikomori. Jogging therapy has been used before. Reportedly, some hikikomori have claimed that playing Pokémon Go — it requires players to walk around outside and use their smartphone cameras to capture virtual Pokémon — has significantly helped their social anxiety. In a more unusual treatment method, a Japanese media company released a series of videos of Japanese people simply staring at a camera, the idea being that hikikomori can slowly acclimatize themselves to social contact virtually and in the safety of their own home.

Although the disease originates in Japan, hikikomori can be found across the world. It’s a kind of modern hermitism. And, just as in Japan, the global hikikomori community (admittedly an ironic term) has shown that this condition can be recovered from.

Did life on Earth start in space? Study finds evidence of panspermia

A new study shows bacteria could survive travel from Earth to Mars.

What was it like to live in a Japanese concentration camp?

During World War II, the U.S. incarcerated over 100,000 Japanese Americans in concentration camps throughout the West.

What your genes mean for your education