Dementia has been with humanity for a long time. Records indicate ancient Greek and Roman physicians recognizing it, although at that time it was considered a natural part of aging. This attitude lasted for a long time. Alzheimer’s was only discovered as a pathology in 1906, by one Dr. Alois Alzheimer. Though much has been invested in understanding the condition, we still don’t know what causes it or how to cure it.

Today, about 5.5 million Americans live with the neurodegenerative disorder. By 2050, that number could be as high as 16 million. Besides the tremendous blow it delivers to the patient and their family, it also puts a terrible strain on the healthcare system.

Today, dementia sucks down $162 billion per year. Thanks to the “silver tsunami,” or the tremendous baby boomer generation climbing up into old age, dementia could cost the nation as much as $1.1 trillion by midcentury. As a result, Alzheimer’s research has increased dramatically in recent years. So what have we found so far?

We know that sticky globules called amyloid-beta plaques buildup in the brain and as they do, they begin to inhibit proper functioning. The more plaque accumulates, the more faculties a person loses, including chunks of memory, and over time the ability to make plans, drive, cook, bathe, dress one’s self, and eventually, even speak. These globules are aided by tangles of a protein called tau, which block nutrients from passing through neurons’ cell walls, essentially starving them. While tau tangles play an important role, the buildup of amyloid beta plaque is considered the main driver of the disease. 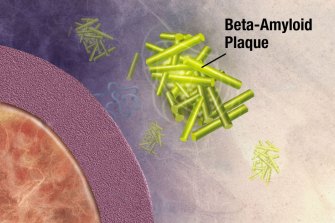 An artist’s conception of amyloid beta plaques. Credit: The National Institute on Aging.

For the last 40 years, a minority of researchers have considered the notion that a pathogen might be behind Alzheimer’s disease. Since the ‘90s, only a few labs across the US have been researching different pathogens which might be associated with the disorder. Note that few microbes can cross the blood-brain barrier—a special protective border which blocks harmful pathogens from entering the brain.

In 2011, Judith Miklossy and fellow researchers at the International Alzheimer’s Research Center, found evidence of spirochetes—a bacteria which can cross the blood-brain barrier, in the brains of former Alzheimer’s patients. This is a type of bacteria responsible for syphilis and Lyme’s disease, and is also known to cause all kinds of neurological issues if such diseases are left untreated, long-term.

In Miklossy’s work, Borrelia burgdorferi—the species of spirochete that causes Lyme, was identified in 451 out of the 495 Alzheimer’s-riddled brains they examined. Yet, her work at the time was derived by other researchers and until recently, she had difficulty securing funding.

Now however, with many promising new drugs proven ineffective, the field is looking for a new direction to explore, and this may be it. Dermatology professor Herbert Allen of Drexel University, suggested that if Alzheimer’s is indeed an infection, then a biofilm—a bacterial colony that huddles together in order to repel the immune system, could be considered evidence for the presence of an Alzheimer’s-causing bacteria.

These have been found in brains affected by Alzheimer’s. Amyloid plaque buildup therefore could be evidence of an immune response. The person might be infected with a certain kind of spirochete years or even decades earlier, which lies dormant, until the time it deems necessary to become active. This happens with syphilis and sometimes with Lyme. 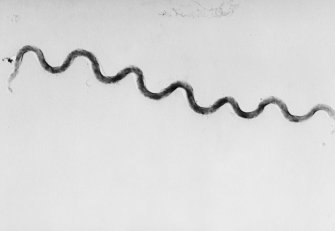 These days, two Harvard researchers have been looking into whether Alzheimer’s might originate with a colony of bacteria in the brain. To find out, they’ve had to launch a larger initiative. Assistant Professor of Neurology Robert Moir, teamed up with Professor of Child Neurology and Mental Retardation Rudolph Tanzi, both of Harvard Medical School and Massachusetts General Hospital.

They’re leading The Brain Microbiome Project, to find out what bacteria can be found in the brain and which are friendly and which aren’t. In a 2010 study, the duo proved that amyloid beta plaque is in fact an antimicrobial peptide.

Turns out, our most ancient immune system, before we had adaptive immunity, had little baby proteins, antimicrobial peptides, and when they saw bacteria or a virus or a fungus, they would stick to it and clump it up into a ball and the peptide would grow into a spiral like spaghetti and trap it like a fly trapping a seed, and that is one of the most classic ways that our primitive innate immune system protects us.

The theory still has critics. There may be another reason for their outspokenness, besides the usual concerns. “The things creeping around in the brain will scare the heebie-jeebies out of you,” Moir told The Harvard Gazette. If an infection does prove to be the source of Alzheimer’s, we should be able to recognize it easily and wipe it out, before any neurological damage takes place, which means the end of Alzheimer’s as we know it.

Could a virus be causing Alzheimer’s? To hear more about that theory, click here.

Related
Thinking
3 brain games to practice deductive, inductive, and abductive reasoning
Take a closer look at the different types of reasoning you use every day.
The Well
Can we condition ourselves to be heroes?
Neuroscientist Robert Sapolsky on the science of temptation, and the limitations of your brain’s frontal cortex.
▸
6 min
—
with
Robert M Sapolsky
Starts With A Bang
The galaxy cluster that broke modified gravity
19 years ago, the Bullet Cluster provided an empirical proof for dark matter. Even today, modified gravity still can’t explain it.
Neuropsych
Psychology studies that go viral are likelier to be bogus
A new 20-year analysis of over 14,000 psychology studies finds that a study’s media coverage is negatively linked to its replicability.
The Future
How a device transmits radio waves with almost no power
Apart from the energy needed to flip the switch, no other energy is needed to transmit the information.
Up Next
Technology & Innovation
Walmart just filed a patent for robot bees amid ongoing battle with Amazon
Amid an ongoing battle over the retail and grocery delivery market, Walmart has filed a patent for robotic bees that would pollinate crops just like the real insects.