The world is awash in stimuli. What gave our Stone Age ancestors an edge was not only the opposable thumb and walking upright, but our mind and our consciousness. For instance, our brain’s ability to filter out unimportant things in order to single out opportunities and threats. Consider that at any given moment our visual cortexis processing color, motion, orientation, and so much more. It’s a highly advanced system—but it isn’t perfect.It has certain biases.Enter cognitive illusions.

According to Gestalt psychology, our brain will often conjure symmetry where none exists. Although we often believe our perception is crystal clear, optical illusions quickly tune us into the fact that what the brain picks up and what reality is aren’t necessarily always the same. That’s also what gives us that eerie feeling of surprise. Some of us, myself included, are dazzled by mind-blowing optical illusions. They hint at deeper possibilities beneath the mundane.

The actual definition of an optical illusion is the “dissociation between the physical reality and the objective perception of an object/event.” By and large, most optical illusions are tricks that arrive due to how our vision works or how our brain processes visual information. As a result, there are a multitude of illusions that can play tricks on our brain, to make it think something’s going on when it really isn’t.

This one caught popular imagination and has spread like wildfire on the internet since 2003. Nobuyuki Kayahara is a web designer from Japan who came up with her. An urban legend quickly sprung up that it is a brain test. If she spins clockwise, it’s said, you’re right-brained, and if counterclockwise then it speaks to your left brain. But it’s false. The Spinning Dancer wasn’t designed by researchers with any particular neuroscience in mind.

Some people see her turning to the right, others to the left. This is an example of an ambiguous or reversible image. Since we don’t have any visual cues that add depth, our brain makes it up itself.The Necker Cubeis probably the most common example of this. So she can spin either way, and if you look at her long enough, you may see her switch directions. The movement we see, which is obviously not there, is thought to be the result of tiny movements or vibrations in the eye. 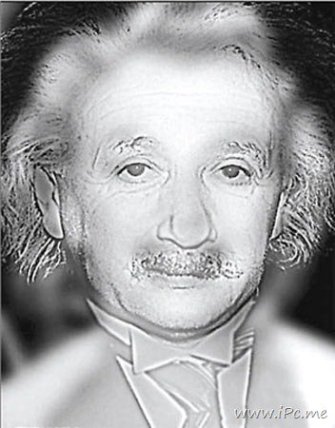 You might look at this picture and automatically see Einstein. But if you’re really far away from it and your eyesight is poor, you’ll see Ms. Monroe. If you are farsighted and you lift up your glasses, you may suddenly see the movie star hiding underneath the physicist. The reason is, Marilyn’s photo has far less detail. It has less pixels and portions of her are hiding in Einstein’s wrinkles and mustache. So the farther you move away from it, the more likely you’ll see the bombshell over the brain. Is your mind blown yet? 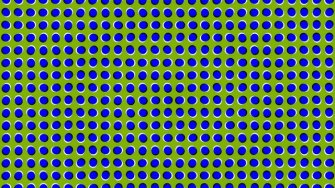 A certain peculiarity with our eyes make the dots look as if they’re moving. It’s really an after-image which remains for a moment on our retinas just after we’ve seen it. Though scientists don’t know for sure, they believe minuscule, unfelt eye movements can cause a sort of overlap in what we see, thus giving certain patterns the illusion of movement. The colors are in high contrast to one another as well, which only increases the effect. Here’s another stunningly simple dot illusion, made up of black dots and orange circles, known as the Ebbinghaus illusion. Did it fool you?

If you’re an illusion master, you can actually enter your own in theBest Illusions of the Year Contest.

The winning illusion producer takes home $3,000 and a prestigious award. The next two are some of last year’s finalists.

Zoetropeswere pre-cinema toys popular in the 19th century which gave the user the impression that the image was moving. These pictures, separated by vertical lines, take advantage of what’s known as the phi phenomenon, which allows our brain to bridge the gap between still images, creating the illusion of motion.

Engineering professor Dr. Kokichi Sugihara at Meji University in Japan, is the creator of this incredible illusion. It came in second place last year in the best illusions contest, but much more recently grew into a sensation on Reddit, Facebook and Twitter. I could explain it to you, but this video does a better job:

There are many different types of Illusions, and they all fill us with a sense of wonder, that momentary buzz of coming face-to-face with the bizarre. They’re also humbling, in a way, reminding us of our subjectivity and the limitations of our perceptions, and ability to see the true image. It’s only through intellectual rigor and scientific understanding that we can fully transcend them and by doing so, get a better sense of how our vision and brain works.

Robotics is already changing how we live, shop, invest, travel, and soon, robo-caregivers will transform how we provide care. AI will deliver extraordinarily innovative services in support of our loved ones, but the use of robots to care for our children, elderly and disabled will also give rise to some very human questions.