Why are unscientific beliefs increasing among millennials?

We don’t have to stop inquiring or wondering about the far-flung vistas of reality, we just need to do it with some good old-fashioned logic. 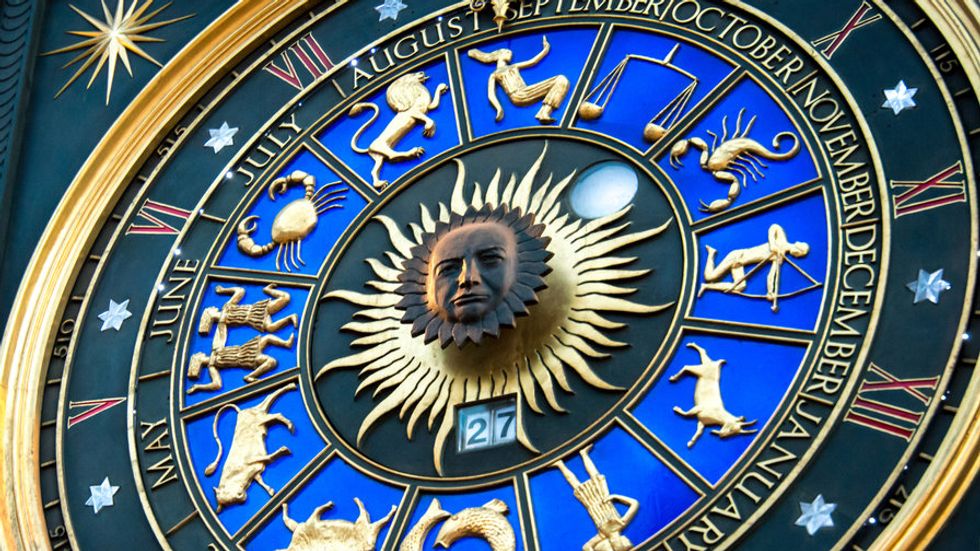 We live in a strange and magnificent world. Throughout our species' time on Earth, humans have looked to the stars and the world they inhabit for answers. Babylonian mathematicians, Mayan astronomers and the vast enterprise of scientific and philosophic inquiry endemic to Greco-Roman society—these were just some of the many cultures and civilizations throughout the ages that dared to question and learn about the cosmos around them. It is because of these intellectual giants through antiquity and beyond that we know so much about the world.

Isaac Newton said: "If I have seen further it is by standing on the shoulders of giants."

That is by and large how our understanding of the world grows beyond our first feeble grasp of it in all areas of logical inquiry. Whether it be science, history or philosophy, we build on the knowledge of our past. Yet there has always been an undercurrent of superstition, illogical thinking and general quackery afoot that's ready to chip away at what we have gained.

Now, we're all entitled to our fair share of weird ideas and mishaps; Newton himself was an alchemist and spent years of his life trying to decode the Book of Revelations in the Bible. But don't forget, the man also created calculus and threw us into a scientific period of understanding, which coined the Newtonian worldview before Albert Einstein usurped him. But he was also simply a product of his time, so we can excuse him for any lapse in ecclesial judgment.

Today, we have the entire wealth of human knowledge literally at our fingertips. You'd think that'd pave the way for a cultural renaissance of sorts that might eclipse our 15th-century Florentine forefathers. But that hasn't quite been the case.

Many of our millennial cohorts have entered into a strange unscientific and irrational milieu. Astrology is gaining steam as a theory of personality; flat-Earthers are actually growing in number, and you don't even have to stray that far from your local street-corner preacher anymore to hear wild denials of the moon landing and other unqualified pundits propagating absurd conspiracies.

So what got us into this mess and why do so many people—millenials and other generations included—believe in such nonsense? Let's start with the stars.

Astrology is finding a growing audience among millennials

Astrology as a system of belief has been around for thousands of years. It implies that the location of the stars and planets at the time of someone's birth determines their personality and life course. Those astrologers dedicated to the process write horoscopes and claim that they can predict your fate and reveal your true nature through zodiac charts.

Astrology has always been alluring to youth movements and has featured in youth culture from the 1960s onward. In a time when the younger generations are less religious, but still considered spiritual, it's no surprise that astrology has become so popular again with the youth.

Stuart Vyse, psychologist and author of Believing in Magic: The Psychology of Superstition, has written on the subject of millennial astrology:

“The rise of a generation that is not as traditionally religious as previous ones but still seeking a kind of spiritual satisfaction, combined with the vanquishing of liberal politics in the United States and abroad, has created a fertile environment for this form of superstition and unreason."

Vyse, citing a Finnish Study that gave questionnaires to people signed up for adult education classes, explains that those signed up for astrology courses were more prone to have recently experienced more crises in their life.

His takeaway from this was that: “So, it appears that when people lose their footing and are shaken by the world, astrology provides a sense of order and control."

It seems that in the absence of religion people are more willing to believe in other non-scientific and unreasonable ideas.

“Over the past two years, we've really seen a reframing of New Age practices, very much geared toward a Millennial and young Gen X quotient," Lucie Greene, the worldwide director of J. Walter Thompson's innovation group, a consumer trend think tank, says to The Atlantic.

'Unreality', a 2016 trend report by the J. Walter Thompson innovation group, found that: "Astrology apps, psychic consultations over Skype and online tarot readings for those seeking direction are on the rise, apparently mirroring an increase in the diagnosis of anxiety disorders in young women. Clinical psychologist Jessamy Hibberd claims the link between the two is due to uncertainty about the future and a desire for a more directed destiny." Astrology is arguably an inane and harmless belief. Aside from you wild Scorpios butting heads with a quick-tempered Aries, it's safe to say that astrology isn't that big of a problem. Rather, it's the underlying mindset that leads to trouble. Carl Sagan said that "Science is more than a body of knowledge. It's a way of thinking," then, worryingly, perhaps unscientific reasoning is a way of thinking too.

Challenging questionable status quos of history and scientific inquiry is good for the advancement of knowledge. Challenging settled, indisputable, immutable, historical events and observable—without a shadow of a doubt—natural phenomenon is an exercise in pure delusion. Unfounded claims and arguments that we never landed on the moon and that Earth is flat have tired themselves out to any rational-minded person. There's really no need anymore to defend against these ridiculous claims. Just one study by Dr. David Robert Grimes puts into perspective what it would take for these and other conspiracies to remain hidden taking into account the sheer number of people that would be involved in one.

Rather than waste valuable time debunking the treadmill of conspiracies, we instead need to look at why these views are taken up in the first place.

Conspiracies, astrological love charts and the like stem from a feeling of powerlessness or the need to feel that you have special knowledge over others. Psychologist, Jan-Willem van Prooijen conducted a number of studies which correlated higher educational levels and feelings of control inversely with the belief in conspiracies.

That is to say, with increased education levels came a feeling of being more in control which then lead to lessened belief in conspiracies or other kinds of superstitious thinking.

Van Prooijen goes on to say that:

“By teaching children analytic thinking skills along with the insight that societal problems often have no simple solutions, by stimulating a sense of control, and by promoting a sense that one is a valued member of society, education is likely to install the mental tools that are needed to approach far-fetched conspiracy theories with a healthy dose of skepticism." A lack of agency grasping at a need for stability

One reason for the pervasiveness of groundless ideas and theories is that they serve as a way to make sense of a chaotic world. People would rather believe that they're ill-fated by a bum roll of the astrological dice or that a secret order is the reason they can't get ahead in life.

Sometimes tragic events happen for no good reason. They're simply churning out of the chaotic pool of randomness. It's a much more comforting psychological function to believe that someone or some cabal is behind it all. Unfortunately, this leads many would-be skeptics away from solving real problems or even real political conspiracies that do occur. Robert Anton Wilson was an unconventional science-fiction writer and provocateur from the good old Age of Aquarius who was responsible for bringing back an old and defunct secret society into the cultural consciousness. In his Illuminatus trilogy, Wilson, who wrote in an unbridled and self-professed guerilla ontological manner, played hard and fast with the rules of storytelling and general conspiracy literature.

This lead to one of the many favorite conspiracies of millennials, the Illuminati, a secret cabal that's not only controlling the strings of hundreds of disparate countries and running the world but also taking the time to throw in some occult references in at the latest Super Bowl halftime show.

This alone illustrates a pertinent point about conspiracy and unscientific thinking. Wilson was a nuanced and general trickster when it came to writing. Not many people realize that this erudite and often ridiculous story was an in-joke that evolved into the grand conspiracy it is today amongst the youth.

A word of advice, when you're bordering on the edge on inquiry, you may find yourself in conspiratorial waters. Whether it be supposed messages from the stars or an insidious faction plotting your demise, one must be careful not to stray too far into tinfoil territory.

Ironically enough, ethnobotanist and psychedelic lecturer, Terence Mckenna, who had his own share of wayward ideas, put it quite eloquently when he said:

"Conspiracy theory is a kind of epistemological cartoon about reality. I mean isn't it so simple to believe that things are run by the Greys, or isn't it comforting to believe that the Jews are behind everything, or the communist party, or the Catholic Church or the Masons. I believe that the truth of the matter is far more terrifying that, the real Truth that dare not speak itself is that no one is in control."

Our current generations could use a good dose of Occam's razor among other sturdier ways of thinking. Lack of agency and not having a firm learned background or grasp of reality to fall back on can lead us astray.

We don't have to stop inquiring or wondering about the far-flung vistas of reality, we just need to do it with tact and some good old-fashioned logic.