People with depression are lacking a single molecule, scientists discover

Acetyl-L-carnitine has long been recognized as important for metabolism of fatty acids in mitochondria. Its newly discovered link to depression could one day change the lives of millions. 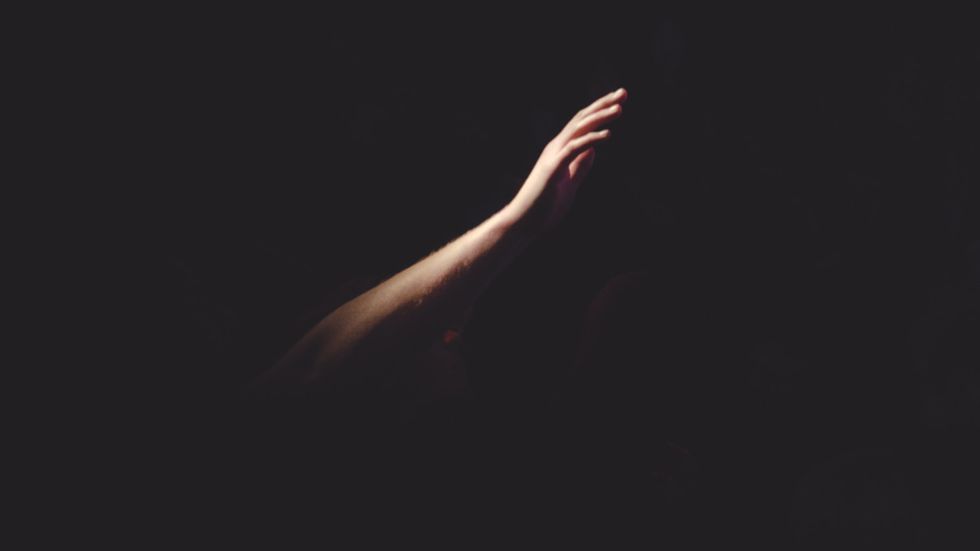 Photo by Cherry Laithang on Unsplash.

A new study published in PNAS has uncovered a critical biomarker of depression and a promising treatment method based on the body's levels of a single molecule called acetyl-L-carnitine (ALC). This molecule's main job is to help transport fatty acids into mitochondria; in effect, it helps provide cells with energy. By comparing the blood levels of 71 depressed individuals and 45 healthy individuals, it was discovered that ALC levels were significantly lower in those suffering from depression. Not only that, but the more depressed the individual was, the lower their ALC levels. Depression affects nearly 10% of the population at a given time, and one in four adults will experience a major depressive episode at some point in their lifetime. Although sadness is a major symptom of depression, it's not the only way that it manifests. Rather, depression is a pervasive and persistent experience of symptoms such as a loss of energy, difficulty thinking, a loss of interest in previously pleasurable activities, as well as a sense of sadness.

According to the researchers, about 25–30% of all depression sufferers have this type of severe depression. Because ALC levels correlated with the presence and severity of the patients' depression, measuring ALC in the blood can help psychiatrists determine who is at the greatest risk and help develop a treatment plan. In fact, providing ALC supplements to depressed patients might represent a critical treatment method.

Medication is available for depression but doesn't work for everyone, and antidepressants can lose their efficacy over time. When they do work, they're often accompanied by symptoms that match the disease for discomfort: nausea, weight gain, a loss of sexual desire, anxiety, and other crummy states of being.

Acetyl-L-carnitine has long been recognized as important for metabolism of fatty acids in mitochondria. Its newly discovered link to depression could one day change the lives of millions. (Image: Creative Commons/Big Think)

But evidence exists that ALC supplementation could be a simple and effective way to treat depression. Carla Nasca, the lead author of the study, previously conducted studies on rodents with low ALC levels and depression. Of course, you can't ask a rat whether they've experienced a loss in their sense of purpose in life, but you can evaluate whether they have depressive-like symptoms, like sleep disruptions; anxious behavior; changes in weight; and changes in the density and function of their hippocampi, amygdalae, and other neural structures affected by depression.

In rodents experiencing depressive-like symptoms, supplementing them with ALC rapidly addressed their symptoms and ameliorated the dysfunction of key, depression-related brain structures. What's more, ALC did all of this within a matter of days, while most antidepressant medication can take weeks to kick in.

According to Dr. Nasca's studies, ALC supplementation would work in depressed individuals by regulating the expression of genes related to synaptic plasticity. Essentially, these genes produce molecules that help the brain strengthen, weaken, and generate new synapses. Depressed individuals aren't able to do this as well as others, causing critical mood-regulating regions in their brain to perform poorly. By regulating these genes, the neural dysfunction normally seen in depression improved.

While depression can slow your thinking, sap your interest in the world, and cause constant fatigue, sometimes the medication can feel just as bad. (Image: Ursula Ferrara/Shutterstock)

On this note, the researchers said, “We've identified an important new biomarker of major depression disorder. We didn't test whether supplementing with that substance could actually improve patients' symptoms. What's the appropriate dose, frequency, duration? We need to answer many questions before proceeding with recommendations, yet. This is the first step toward developing that knowledge, which will require large-scale, carefully controlled clinical trials."

The achievement of this study was in identifying that ALC levels are low in human beings, just as in rats. While this is a major milestone toward finding an effective treatment for depression, questions remain as to whether supplementation can help treat this deadly disease, whether ALC levels are low in at-risk but non-depressive patients, if it is a biomarker for depression only or for other affective disorders as well, and many more.'