What we think we know about our brains is nothing compared to what we don’t know. This fact is brought into focus by the medical mystery of a 44-year-old French father of two who found out one day that he had most of his brain missing. Instead his skull is mostly full of liquid, with almost no brain tissue left. He has a life-long condition known as hydrocephalus, commonly called “water on the brain” or “water head“. It happens when too much cerebrospinal fluid puts pressure on the brain and the brain’s cavities abnormally increase.

As Axel Cleeremans, a cognitive psychologist at the Université Libre in Brussels, who has lectured about this case, told CBC:

“He was living a normal life. He has a family. He works. His IQ was tested at the time of his complaint. This came out to be 84, which is slightly below the normal range … So, this person is not bright — but perfectly, socially apt”.

The complaint Cleeremans refers to is the original reason the man sought help – he had leg pain. Imagine that – you go to your doctor with a leg cramp and get told that you’re living without most of your brain.

The man continues to live a normal life, being a family man with a wife and kids, while working as a civil servant. All this while having 3 of his main brain cavities filled with only fluid and his brainstem and cerebellum stuck into a small space that they share with a cyst.

What can we learn from this rare case? As Cleeremans points out:

“One of the lessons is that plasticity is probably more pervasive than we thought it was… It is truly incredible that the brain can continue to function, more or less, within the normal range — with probably many fewer neurons than in a typical brain. Second lesson perhaps, if you’re interested in consciousness — that is the manner in which the biological activity of the brain produces awareness… One idea that I’m defending is the idea that awareness depends on the brain’s ability to learn.”

The French man’s story really challenges the idea that consciousness arises in one part of the brain only. Current theories hold that the part of the brain called the thalamus is responsible for our self-awareness. A man living with most of his brain missing does not fit neatly into such hypotheses. 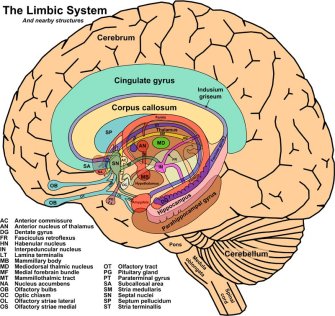 Cleereman believes that the brain learns to be conscious. In his Thesis of Radical Plasticity, he claims that the brain constantly adapts and learns how to describe what it does to itself, not only knowing information, but knowing that it knows that information. If that conundrum wasn’t enough for you, Cleeremens calls consciousness “the brain’s theory about itself.”

You can read the original study of this case in “The Lancet” here.

Some neurology experiments — such as growing miniature human brains and reanimating the brains of dead pigs — are getting weird. It's time to discuss ethics.

Do our thoughts have any meaning whatsoever?

A theoretical physicist returns to Penrose and Hameroff's theory of "quantum consciousness."

Some scientists believe that DMT could revolutionize the treatment of depression.

Consciousness: The ‘ghost in the machine’, or nothing special?

Science has not yet reached a consensus on the nature of consciousness.

Up Next
Politics & Current Affairs

The Israeli news organization Haaretz is reporting that a military coup is currently underway in the capital city of Turkey, Ankara. This is a developing story.