For some time, scientists have suspected the reason men require recovery time between ejaculations has to do with the hormone prolactin. During the “post-ejaculation refractory period” (PERP) following orgasm, levels of prolactin spike, and since high prolactin levels have been linked to a lack of sexual desire, it’s been thought that this surge has to subside before men are ready for another go. It takes a little while for this to happen, though there’s no consensus on exactly how long a wait is necessary.

A new study from researchers at the Champalimaud Research Center for the Unknown in Portugal involving mice suggests that prolactin may not be the only, or even the main, factor in post-coital downtime. Its first author Susan Lima says prolactin’s presence during the PERP may have been misinterpreted: “This means it was just correlation. Causation was never tested,” she tells Inverse.

The study’s finding was a bit of surprise, in fact, says Lima in a press release: “When we started working on this project, we actually set off to explore the theory. Our goal was to investigate in more detail the biological mechanisms by which prolactin might generate the refractory period.”

The research is published in the journal Communications Biology. 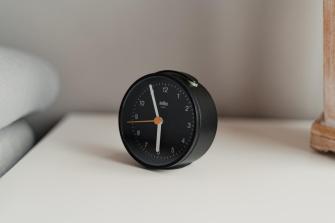 From an evolutionary standpoint, as the study puts it, “The PERP is thought to allow replacement of sperm and seminal fluid, functioning as a negative feedback system where, by inhibiting too-frequent ejaculations, an adequate sperm count needed for fertilization is maintained.” The length of time involved appears to be influenced by a range of factors, including age and the excitement associated with having a new sexual partner.

Prolactin itself serves a variety of functions in the human body for both sexes. Its most well-known role is to promote lactation—it’s released by the female body during nursing. Estrogen triggers its production by the pituitary gland, while dopamine restrains it.

Though prolactin’s other roles remain under investigation, it’s also believed to be involved in behavior regulation, and in maintaining the immune, metabolic, and reproductive systems.

The authors write that “the sequence of sexual behavior in the mouse is very similar to the one observed in humans, making it an ideal system to test this hypothesis.”

Therefore, for the study, Lima and her colleagues studied prolactin’s role during and after sexual activity for two types of male mice—one type required several days to recover from ejaculation while the other had a relatively short PERP.

The researchers took blood from the males before they were introduced to female partners from whom they’d been kept separated. Blood was again taken after a preliminary mounting, again after a number of mounts that depended on the male’s PERP—five mounts for the slow-recoverers and three for the males with the shorter turnaround time. Finally, blood was taken after ejaculation, which was fairly easy to discern since it was accompanied by what the study calls “stereotypical shivering” in the males, who also fell over afterward.

The researchers did find that the males’ recovery was accompanied by higher levels of prolactin. However, during subsequent experiments in which the scientists boosted prolactin levels prior to sex—which, if the prevailing theory was correct, would have reduced their interest in copulation—no change in their sexual behavior was observed. Says Lima, “Despite the elevation in prolactin levels, both strains of mice engaged in sexual behavior normally.”

Repressing prolactin levels after ejaculation also failed to reduce the males’ PER interval. “If prolactin was indeed necessary for the refectory period,” says Lima, “males without prolactin should have regained sexual activity after ejaculation faster than controls. But they did not.”

Lima does caution that there are some differences between mice and men when it comes to prolactin dynamics, so more study is warranted.

Lima suggests that there’s likely some complex interaction between the two systems involved in ejaculation: the central brain system that manages desire and the peripheral system that handles the physical aspects of ejaculation.

At the very least, the research suggests that we don’t yet know why men experience their mandatory time-out. “Our results indicate that prolactin is very unlikely to be the cause,” Lima summarizes. “Now we can move on and try to find out what’s really happening.”

Sorry, humans.
Up Next
Neuropsych

Aphantasia: the rare brain condition that darkens the mind’s eye

A new study provides validation for the recently identified phenomenon.