Is humanity’s best friend catching on to our shenanigans? Researchers at the University of Vienna discovered that dogs can in certain cases know when people are lying.

The scientists carried out a study with hundreds of dogs to determine to what extent dogs could spot deception. The team’s new paper, published in Proceedings of the Royal Society B, outlined experiments that tested whether dogs, like humans, have some inner sense of how to assess truthfulness.

As the researchers wrote in their paper, “Among non-primates, dogs (Canis familiaris) constitute a particularly interesting case, as their social environment has been shared with humans for at least 14,000 years. For this reason, dogs have been considered as a model species for the comparative investigation of socio-cognitive abilities.” The investigation focused specifically on understanding if dogs were “sensitive to some mental or psychological states of humans.”

The experiments involved 260 dogs, which were made to listen to advice from a human “communicator” whom they did not know. The human told them which one of two bowls had a treat hidden inside by touching it and saying, “Look, this is very good!” If the dogs took the person’s advice, they would get the treat.

Once they established the trust of the dogs, the researchers then complicated the experience by letting dogs watch another human that they did not know transfer the treat from one bowl to another. In some cases, the original communicator would also be present to watch but not always.

The findings revealed that half of the dogs did not follow the advice of the communicator if that person was not present when the food was switched to a different bowl. The dogs had a sense that this human could not have known the true location of the treat. Furthermore, two-thirds of the dogs ignored the human’s suggestion if she did see the food switch but pointed to the wrong bowl. The dogs figured out the human was lying to them. 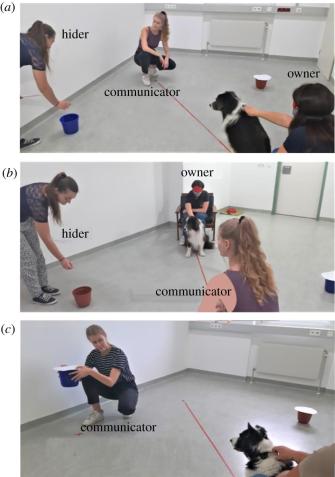 “We thought dogs would behave like children under age five and apes, but now we speculate that perhaps dogs can understand when someone is being deceitful,” co-author Ludwig Huber from the University of Vienna told New Scientist. “Maybe they think, ‘This person has the same knowledge as me, and is nevertheless giving me the wrong [information].’ It’s possible they could see that as intentionally misleading, which is lying.”

This is not the first time such experiments have been carried out. Previously, children under age five, macaques, and chimps were tested in a similar way. It turned out that children and other animals were more likely than dogs to listen to the advice of the liars. Notably, among the dogs, terriers were found to be more like children and apes, more eagerly following false suggestions.

Buddhism has rules for slaying your enemies. But the real surprise is finding out who your enemies actually are.
Up Next
Neuropsych

Interoception: how to improve your “gut feeling”