NASA Needs Your Help to Study the Moon

If humans are going to explore the solar system, we need to figure out how to live in space. The best way to figure that out is on the Moon -- and you can help. Here's how. 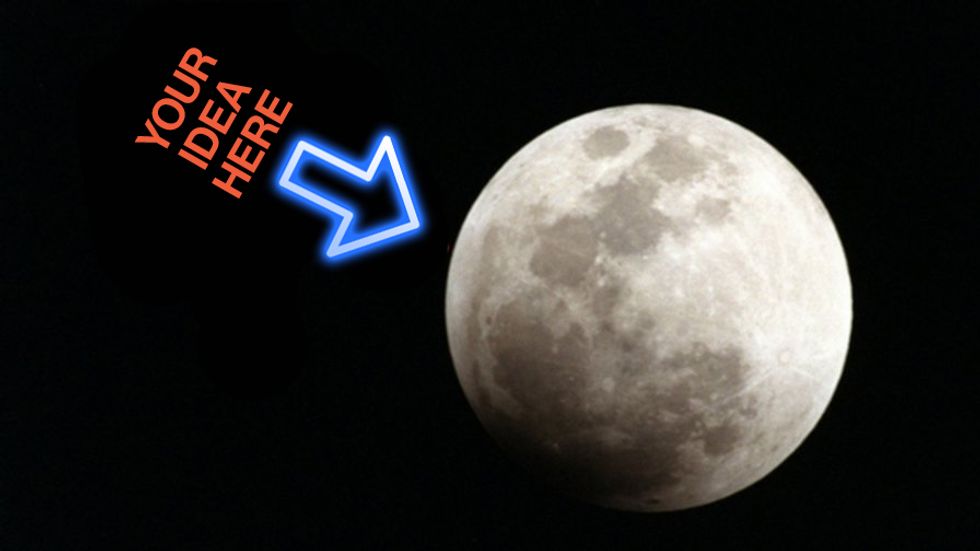 In order for humans to live on Mars, we first have to figure out how to live in space. Our best shot at learning that is on the Moon. NASA needs to figure out if the Moon can handle that -- and that’s where you come in.

"Multiple US companies are developing robotic lunar landing capabilities and have expressed plans to provide commercial cargo delivery services to the Moon in the near future," NASA writes in its official request. "Information on lunar payloads that could be launched as early as 2017 would be valuable to NASA as it works to understand the potential role of the Moon in future exploration activities." Specifically, they’re looking for “instruments that can be used to explore and study the surface of the Moon.”

While NASA already knows plenty about the Moon, its looking to fill specific gaps in its knowledge. As The Verge reports, “The agency wants to know if the Moon has resources that could be exploited for space travel, such as water that can be used to make fuel for spacecraft. NASA also wants to know how certain aspects of the lunar environment — like radiation exposure and dust — might affect the human body. And ultimately, NASA is curious about what it would take to work and live on the Moon’s surface.”

All of those tasks are ones you can help with.

Basically, all you’d need to do is write a proposal for a device that can do that and go to the Moon between 2017 – 2020. NASA will be teaming up with other space companies, including private ones like Moon Express, to ship the devices. All you need to do right now is create it.

There are a few caveats, though. First, this isn’t a contract: it’s a request for ideas. “[NASA] doesn’t plan to award any contracts at the moment and is making no promises to send anything to the Moon just yet. But presumably once the submissions are received, NASA will decide whether or not to do a formal competition for payloads to go to the Moon,” The Verge reports.

Also, you’d be responsible for all the funding to develop your concept. But if NASA runs a competition based on the response to this request (which they have a history of doing), then Moon Express will fund $500,000 for each payload selected by NASA to go to the Moon on the MX-1 lander as part of their Lunar Scout Program.

Lastly, while NASA’s request doesn’t appear to be limited to the United States, it does ask that you specify whether or not you are US affiliated. You might need to contact program executive Nantel Suzuki to get clarification on that (which you can easily do; NASA’s transparent about that in the request).

Here’s what else you need to know to participate:

Submit a resume that includes contact information, relevant experience, and who your partners/funding sources are

Create a device that will shed light on one of their “strategic knowledge gaps,” listed as:

“Understanding the lunar environment and its effects on human life”

“Understanding how to work and live on the lunar surface”

Describe when your concept would be available to launch, and any accommodations and “interfaces (power, data rate)” it would need from the spacecraft. Also describe “landing site and orbit constraints, lunar surface rover/mobility integration requirement (if any), and other payload constraints (attitude, loads, thermal control, in-space transit duration, etc.)”

Explain all of that in less than 10 pages

That’s a little more than a month to think up something that can help humans live on the Moon. Get cracking!