5 badass moments in space history you should know about

In honor of John Glenn, here are some of the most badass things that happened in space that you might not know about -- but totally should. 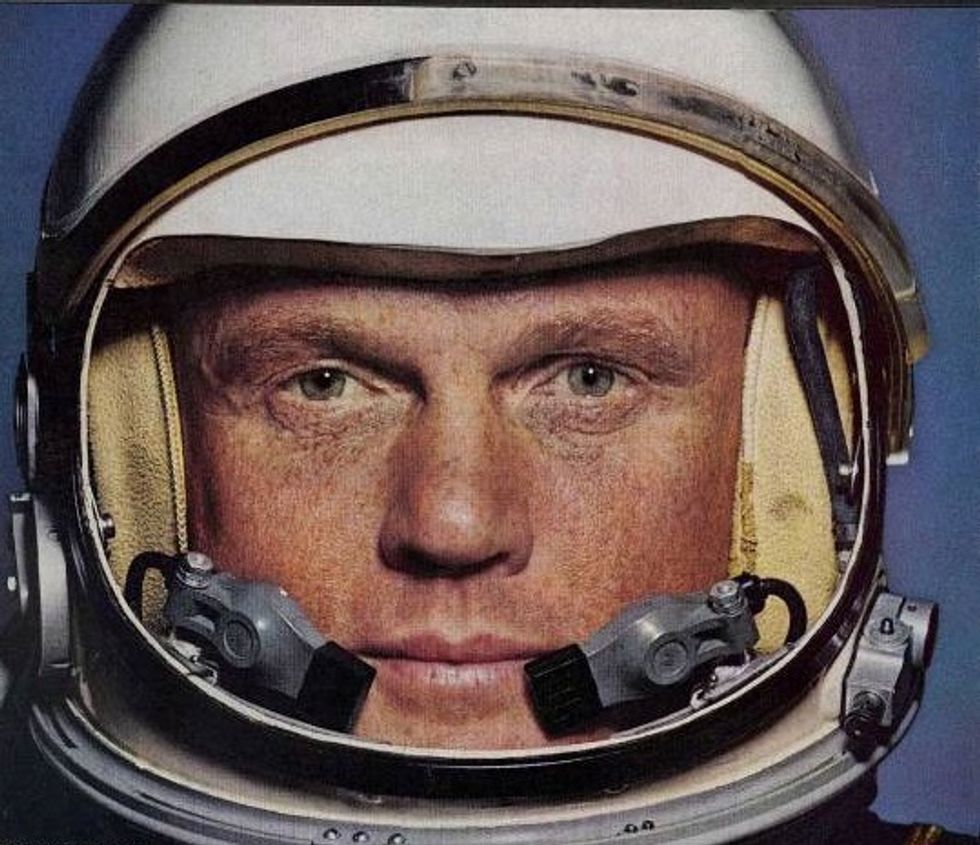 John Glenn on the cover of the February 2, 1962 issue of LIFE Magazine. Credit: LIFE

John Glenn was the first American astronaut to orbit Earth. He was also the oldest man to go into space at age 77. In addition to being an astronaut, he was also a combat pilot, marine, and even a senator for his home state of Ohio. Glenn passed away at age 95 on December 8, 2016, leaving a legacy of courage, bravery, and supreme badassery.

As a tribute to Glenn's legacy, here are 5 other badass firsts from space history you should know about. Onward and upward!

1.) First astronaut to survive in space outside a ship: Alexei Leonov

Russian Yuri Gagarin was the first person in space, but Alexei Leonov was the first person to do it outside of a shuttle. Leonov and fellow cosmonaut Pavel Belyayev rode the Voskhod 2 shuttle into Low-Earth orbit, and then Leonov opened the hatch. He undertook the very first spacewalk, floating solo in space for 12 minutes just to see what would happen. “Back then the world's rocket scientists didn't even know what space would do to spacesuits," Cracked explains, courtesy of physics PhD Luke McKinney. “The only scientific function of this spacewalk was to see if he'd survive it." And Leonov did.

But before Leonov could get inside the shuttle and get the information back to Russia, his oxygen supply inflated his suit so much he couldn't get back inside. So he decided to turn off his oxygen supply until the suit deflated enough to fit back into the capsule. Naturally, in true badass fashion, “he didn't bother telling mission control what he was doing," McKinney explains. “He didn't want to worry them."

3.) First person to have a space burial: Gene Roddenberry

Gene Roddenberry is mainly remembered as the creator of the television series Star Trek, but he was also a badass. Before making television, Roddenberry flew missions with the Army Air Corps during WWII and earned multiple medals for his bravery. After that, he was a commercial pilot for Pan Am, surviving 3 crashes and saving the lives of 22 passengers after one in the Syrian desert, according to his authorized biography (and illustrated by The Oatmeal).

For a man that badass, it's only fitting that he was the first person to have his cremated remains sent into space. “On April 21, 1997, the Pegasus rocket," carried “a portion of Gene Roddenberry's cremated remains" into space, courtesy of space burial company Celestis. It was such a fitting burial that Celestis did the same thing for Roddenberry's wife in 2012.

Edwin “Buzz" Aldrin was the second man to walk on the moon. Before he did that, he was a fighter pilot. He is not a man to mess with — as moon landing denier Bart Sibrel learned in this video. If you didn't see it: Buzz punched a guy who called him a coward. Do not call Buzz Aldrin a coward.

Mir was the very first space station ever built. Unfortunately it was built by the USSR and outlived it, meaning that its supply missions were a complete mess. “The crew was made to manually dock resupply ships, because the country making their automatic docking system was no longer a part of Russia," McKinney explains. That meant that the astronauts piloting the supply ship had to “turn off the radar system and guide the speeding supply capsule with handheld rangefinders by looking out the window." Naturally that caused a collision which opened the vacuum seal in the station, ruined the solar power panels, caused an electrical fire, and depleted the emergency battery that had been running the entire time. And then? “The entire station died," McKinney writes. He continues:

Three men spent the next 30 hours awake orbiting Earth in a dead aluminum box. They passed the time working out how to reorient the station and not die with their Soyuz capsule's rocket motors. This involved waving lots of paper: Not to show off the numbers, but to make sure the carbon dioxide they were breathing out didn't build up and kill them.

After 48 hours they got the toilets working again -- and took the most heroically earned bathroom break in history.

With President Obama and Elon Musk pushing for manned Mars missions in the next 15 years, hopefully we'll see more stories like these. Until then, let's honor our badass astronauts while we still have them.