Should you stay or should you go? See if job hopping will work for you

Job hopping can be a smart career move for many employees, but only if they do it right. Here's how. 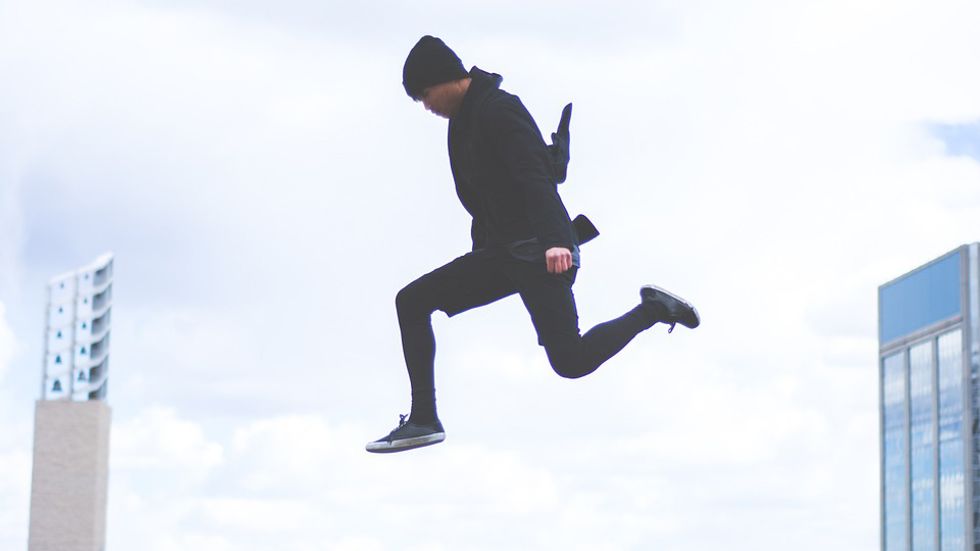 Employers and employees both worry over job hopping, but not for the same reasons. Employers are concerned that Generation Y’s lack of engagement with their company will result in high turnover rates — rates that, according to Gallup, cost the U.S. economy $30.5 billion annually. Employees, on the other hand, worry that they’ll miss out on promising career opportunities if they stick with that they know.

Truth is, job hopping can be a smart career move, but only if the job hopper balances their needs while presenting a history of loyal service to past employers. Here’s why.

What is job hopping?

Job hopping is when someone habitually “hops” between jobs, resulting in a short tenure in any given position. It’s a simple enough concept, but the difficulty arises when trying to determine who qualifies as a job hopper.

Unfortunately, the phrase is more business jargon than a technical term, so there’s no set definition or cutoff point. Like beauty and obscenity, job hopping is determined by the hiring manager making the judgment. A baby boomer, for example, may see a new job every five years after your mid-30s to be job hopping, whereas a millennial may reserve the label for a succession of jobs lasting no more than six months.

Other factors include the applicant’s field and past positions. Fast-paced fields like media and technology may look at job hopping more favorably (or at least accept it as the norm). However, a job seeker applying for a senior executive role will need a history of longevity and loyalty if she wants to catch a hiring manager’s attention.

While there is no definitive timeline, Suzy Welch, in an interview with CNBC, recommends staying with your current job for at least a year to prevent being labeled a hopper. A more conservative approach may prescribe a stay of 18 months to two years. Younger workers are also given more leeway, as hiring managers understand their need to explore career options to see what fits.

Who is most likely to job hop?

Generation Y, obviously. Whenever a phrase like “job hopping” becomes chic, it’s usually the old guard finding some way to explain the habits of those pesky millennials. And there may be some truth to it.

According to LinkedIn Economic Graph data, “the number of companies people worked for in the five years after they graduated has nearly doubled,” but the uptick hasn’t been uniform across all demographics. The data found that people “who graduated between 1986 and 1990 averaged more than 1.6 jobs,” while “people who graduated between 2006 and 2010 averaged nearly 2.85 jobs.” The researchers noted potential reasons for the disparity as residual impacts from the Great Recession and millennials being more interested in trying careers before settling.

Millennials may hop more than previous generations and view the practice more favorably, but they are hardly alone. A Namely survey of more than 125,000 U.S. employees showed that today’s boomers job-hop almost as much as their younger cohorts. The survey found that the median tenure at a job for workers was:

Along with the LinkedIn data, the Namely survey suggests that while a difference between millennials and past generations exists, it is not as drastic as our cultural conversation assumes. Likely, job hopping and other previously forbidden job-hunting techniques, such as the “boomerang employee,” are simply becoming standard practice.

A millennial in thought. Probably about avocados. c/o Pixabay.

Unfortunately, there’s no clear answer as to whether job hopping will advance or hinder someone’s career. That’s because the practice exists in that murky reality where benefits and drawbacks are difficult to separate, and a hiring manager’s personal biases can weigh them dramatically different.

Here are a handful of pros and cons to job hopping according to the experts.

As management author Suzy Welch told CNBS, “[Hiring managers] get that jobs don’t last forever anymore, […] but they don’t want to go through the arduous process of finding someone, training them and getting them up and running, only to have them flit onto the next cool thing.”

It’s not what you know. Networking remains the best way to land a job, and job hoppers have an advantage when it comes to making connections. “While networking used to be important, in today’s hyper-competitive market it is vital,” executive search veteran Tom Sorensen writes. “Different employers provide access to different networks in which a job hopper can plant roots and farm relationships.”

Breaking up is hard to do. Job hoppers can have a negative impact on the people they leave behind, making them a poor prospect for potential employers. As Mark Suster, a venture capitalist, puts it: “It is bad on team morale when good people quit. The people who stay are often with you. But sometimes it weakens their own resolve. Especially when this job hopper has them out for drinks to talk about his cool new gig where the grass is currently greener. […] When I’m looking to fund somebody, I care about that loyalty and integrity.”

Adapt to the market. Job hoppers often don’t keep the same position while jumping from one company to the next. Instead, as Sorensen further notes, they develop “diverse and dynamic” skills to allow adapt and evolve under constant change. “In most cases, the environment necessary to foster this growth cannot be found with a single employer.”

Lost without a port. However, certain market shifts will make finding the next gig more difficult for job hoppers. Brett Good, senior district president for Robert Half, told NBC, “If there’s a shortage of talent in the market, job-hoppers will still find plenty of opportunities. But when the market shifts and there’s more talent available than there are jobs, the candidates who have been more stable will rise to the top and be the first called.”

Given all this, turning one’s job-hopping into a smart career move seems more a game of luck than skill. However, like a professional poker player, a savvy job hopper will be able to maximize these and other benefits while minimizing the setbacks. The key is to seek new employment once the current position’s salary and growth options begin to curtail, especially compared to new hires, and then present these hops on your resume as a means toward professional development.

And don’t think you’re out of luck if you’ve burned your share of bridges. There are ways to present your work history, such as functional resumes, that take the focus off a less-than-loyal past.

In the end, job hopping can be a smart career move, but that doesn’t mean it’s always the best career move.