Abigail Blanco
Abigail Blanco is an Assistant Professor of Economics at the University of Tampa. She is the co-author of Tyranny Comes Home: The Domestic Fate of U.S. Militarism (2018, Stanford University Press). She is also an Affiliated Scholar with the Mercatus Center at George Mason University, an Affiliated Scholar with the Foundation for Economic Education and Research Fellow at the Independent Institute.
18 March, 2020

ABIGAIL BLANCO: Interventionism is actually difficult to define, and you will have different definitions based upon who it is that you're talking to. A lot of people when they hear the term intervention they immediately think about military intervention, so they think about something like war or another type of military intervention. But intervention is actually a lot broader than that. In addition to military actions are things that are undertaken with the idea of being humanitarian action. So things undertaken with humanitarian aims in mind or other types of interventions can count, as well. So things like short-term disaster relief. Things like long-term development aid. All of those things can be categorized as interventions. One of the things that all of these, and others, have in common are that they typically fall under the umbrella of what we could refer to as state sponsored intervention. The idea of governments intervening in some way to try to shape a variety of outcomes in a different population. Whether that's a political outcome, economic, social, or otherwise that's the typical impetus or the drive behind a variety of types of intervention.

Frequently we see people making the cases for more intervention. And they will point to a variety of cases to make this point. So people will say things like well, governments didn't intervene in Sudan and look what happened. Or they'll point to Rwanda in the 1990s or they'll even point to European Jews in the Holocaust in the 1930s and the 1940s and make the case for more expanded intervention frequently on humanitarian grounds. And we can debate the merits of those types of interventions and certainly there may be some cases where interventions are justifiable and perhaps necessary. But, the impetus is really on the individuals pushing for the intervention to make the case that they are not only should intervene but are actually able to achieve the goals that we have set out to achieve.

So one of the things that the literature in economic development, literature in international relations and political science and elsewhere has pointed to is that oftentimes the stated goals of intervention are not achievable. Particularly within the case of economics, we see that there are a couple of very serious problems when discussing the feasibility of foreign intervention. In particular we can look more intensely at what are referred to as planner problems or issues of knowledge and then also issues related to incentive compatibility. So are the incentives of the individuals engaged in the intervention actually aligned with achieving the goals of the intervention?

There are a variety of different dangers or unintended consequences that we might think about with foreign intervention. A lot of these unintended consequences are things that have to do with issues or problems that arise within the countries themselves that the intervention is taking place. So, a primary example of this would be something like Libya in 2011 after a coalition with the United States and other forces went and overturned Muammar Gaddafi. Which initially seemed to be successful but had a number of unintended consequences. One of those is that it created a power vacuum within Libya, something which was not easy to correct. You have a variety of militias who are fighting with each other trying to obtain and then maintain power.

It also had the effect of having negative spillover effects within the region. So within Mali, for example. Mali had experienced a civil war several years prior, I believe 2007, and many of the rebels had sought refuge in Libya where they were subsequently employed by the Gaddafi regime. Once the Gaddafi regime fell, those same rebels forces then returned to Mali. Only this time they were properly equipped with military weapons and then had also had military training. So we think about those types of unintended consequences and there are certainly lots of other examples. 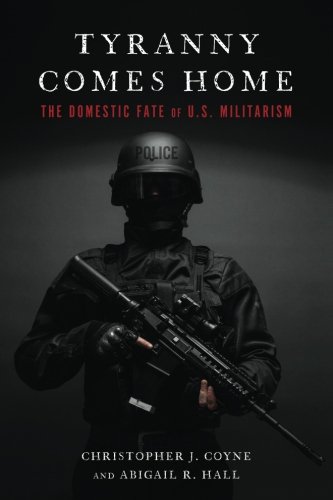