Jonathan Rauch
Jonathan Rauch is the author of six books and many articles on public policy, culture, and government. He is a senior fellow in governance studies at the Brookings Institution, a contributing editor of The Atlantic, and recipient of the 2005 National Magazine Award.
12 June, 2019

JONATHAN RAUCH: A lot of people are trying to figure out what's changed in this world we suddenly find ourselves in, with fake news and alternate facts. Well, it turns out that human beings are not really wired to be logical creatures that pursue objective truth. We're wired to be tribal creatures that try to ingratiate ourselves with our group and improve our status within that group. And the way we do that, often, is by displaying outrage, and anger, and hostility to the other group. Well, we've always been like that, and we've always had these disruptions where new technologies come along and give people the ability to act like tribalists.

So first thing that happened when the printing press was created in the 15th century is people started using it to spread fake news about witches, creating a witchcraft panic all over Europe in which many people were killed. And it took generations to figure out how to build institutions like publishing houses, and editorial standards, and so on, that taught us how to use publishing in a way that helped us spread truth rather than spread falsehoods. Well, we seem to be in the same kind of transition right now. When social media started, we all thought, this is going to be a positive revolution, because it's going to enable people to communicate with each other all over the world, trade information, form affinity groups -- freedom at its best. Turns out we were wrong. It turns out what social psychologists knew all along but what we forgot to notice is that when you give these kind of big, open platforms, people tend not to use them to communicate, they tend to use them to display; they want to show their group affinity. So we're kind of like the tribespeople painting our faces and standing on the hillside, shaking our spears at the tribespeople on the next hill, expressing hostility, and solidarity, and insulting people in order to show that we're who we're with. It turns out that this kind of communication, display, outrage, highly emotional stuff, is contagious. Some psychologists think it's almost literally addictive. And if you're in a clickbait model where you're rewarded financially for people clicking on your stuff, well, your content is going to gravitate toward the outrage, the tribalism, the hyper-partisanship, the fake news, the conspiracy theories. So we all thought the internet would be a place that would be good for truth, or at least neutral for truth. It turns out it's not. It's a place that tends to be hostile to truth, because the fake news spreads faster.

So here's the big challenge today, and here's the interesting way that Google and Facebook are trying to address it: Can you tilt the playing field back so it's a little bit more pro-truth, so that you can guide users in the direction of material that's true and away from material that's false without being heavy handed, without censorship, without blocking, without forcing them to read this instead of that? None of those companies want to do that. And that's what they're doing. What they're working with, which makes a lot of sense to me, is Facebook won't take down fake news, stuff that fact checkers have said is just plain false, but it will demote it on the Facebook news feed so you don't see it quite as prominently. And it turns out that that's very helpful in just kind of nudging people in the direction of fact-checked stuff. And if they click on something and try to repost it, and it's fake, they'll get a notice that says, 'Hey, this has been checked. Here's the context. Here's what the checkers say. Are you sure you want to repost it?' Which asks us just to think a minute. 'Wait a minute. If I'm not sure this is true, do I really want to spread it?' I like that approach. It's a way of giving people some responsibility over what they're doing. Maybe come out from behind the shield of anonymity. Anonymity is very much a two-edged sword, because yeah, it helps us say things that otherwise we might feel less free to say. But it also blows apart what sociologists call the prestige economy. And that's where you've got a reputation to maintain, and that helps you remember to act in a way that's responsible to others in the community. Anonymity is the best friend for the renegade and the sociopath. And we're re-learning that too. So it's going to take a while, but the great challenge now is to rebuild these norms and institutions that will encourage us to use social media in pro-social ways. 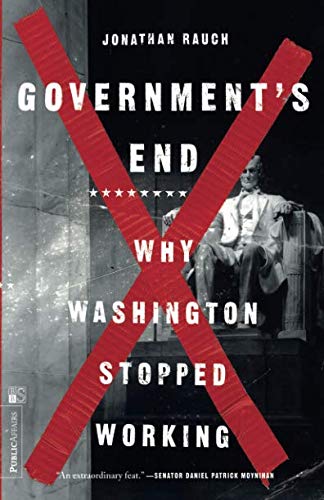