Why Your Opinion About Music Can Be Wrong 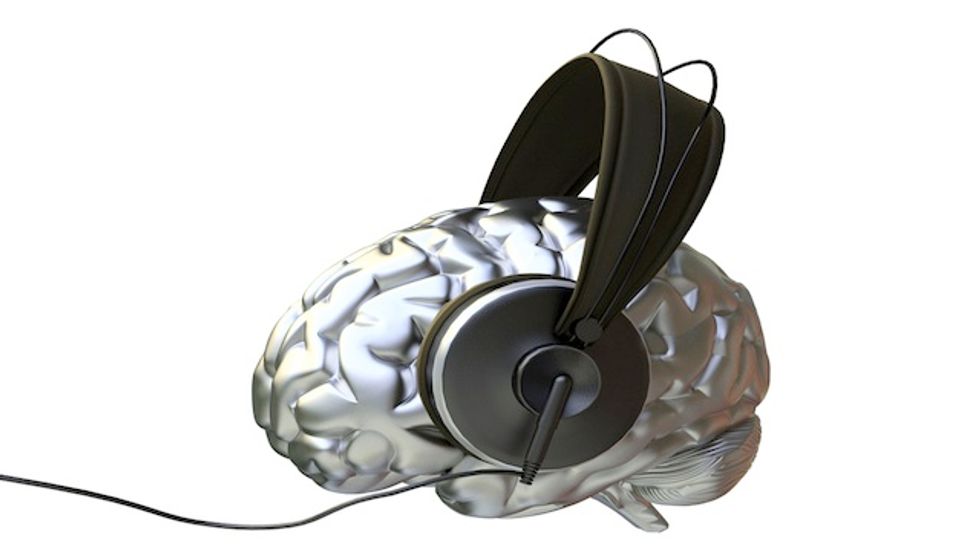 In 1975, rock legend Lou Reed released an album entitled Metal Machine Music. The album consists of no songs, no lyrics and is entirely devoid of melody and rhythm. Instead, it is composed of guitar feedback played at different speeds for over an hour. The result is a stampede of auditory gibberish that Rolling Stone described as “the tubular groaning of a galactic refrigerator.”[1] In the original liner notes Reed admitted that the album was fatuous - he never listened to it all the way through.

By all accounts, Metal Machine Music, consisting of unpredictable screeches and distorted reverberations, is bad music. Yet people are reluctant to say that a song is “good” or “bad” because “good” and “bad” are, they believe, social constructs. Music judgments are merely subjective reflections of a culture; we are free to express how music affects us but we have no grounds to judge music in any objective sense.

They have a point, of course. Taste in any domain of art is related to its cultural milieu, where what’s considered “good” or “beautiful” is in flux. The most dramatic example of this might be the transition from romanticism, realism, and other European art movements of the 18th and 19th centuries (where beauty was central to art) to modernism in the 20th century, where painters, writers, poets and musicians rebelled by crafting art that deliberately didn’t appeal to the senses: paintings without form, stories without plot, poems without verse and rhyme, music without tonality. Arnold Schoenberg captured this attitude when he said that, “those who compose because they want to please others, and have audience in mind, are not real artists… they are more or less skillful entertainers who would renounce composing if they did not find listeners.”

Cognitive science, to the contrary, shows that the brain, though malleable, anchors artistic taste. Just like all taste buds reject and welcome certain food, certain aesthetics stimuli are, despite culture, inherently pleasant and unpleasant. Artistic taste varies, but the brain contains several innate predispositions implemented by natural selection that ground what we consider aesthetically pleasing. Try as we might, we’ll never enjoy art as long as it does not appeal, at least partially, to what the senses naturally appreciate.

But can someone’s music opinion be “wrong?” To answer this that question I turn to the cognitive science of music, where the most thorough account of music from the psychological perspective is Sweet Anticipation, a 2008 book published by musicologist David Huron that builds on the ideas of Leonard Meyer. Huron argues that despite surface complexities, music is, at its core, the fulfillment or alteration of expectations. Just think about the seconds before your favorite chorus, lyric or guitar riff. Immediately before the sounds enter your ears, the brain, tipped of by a cascading of familiar notes, signals that auditory pleasure is imminent and prepares a “limbic cocktail” of pleasurable neural chemicals. When the sounds enter your ear the brain rewards itself for an accurate prediction; the first person experience is usually intrinsically pleasing. For some this is Pete Townshend hitting the F chord[2] in Baba O’Riley to break the flurry of synth notes; for others it’s Ringo’s drum fill that leads into guitar solos in the Beatles’ “The End.”

Because the brain habituates to repeated sounds it rewards discovering something new. This is why a good composer outfits repeated lyrics, harmonies or melodies with variations and surprises. To paraphrase Daniel Levitin, we take pleasure in matching mental beats with a real-in-the-world beats but, at the same time, the brain takes delight when a skillful musician violates an expectation in an arousing way. One hallmark of good music, therefore, is a balance between familiarity and novelty; it builds and fulfills expectations while incorporating surprises. The details of Huron’s theory are summarized by his ITPRA model, which states the pleasure any music elicits is grounded in five distinct emotional responses: Imagination, Tension, Prediction, Reaction, and Appraisal. The pleasure of music – the surprise, the tension, the comfort, the “chills,” the resolution – is simply the musician “[tapping] into these primordial functions to produce a wealth of compelling emotional experiences.”

The takeaway from Huron’s research is that the psychological processes music engages are grounded in evolved cognitive mechanisms. It follows that despite the fact that listeners enjoy a wide variety of genres and musicians, all music engages the same general cognitive processes. Thus, there are certain arrangements of sounds no brain will enjoy and every brain will enjoy. Music that changes key every beat, fluctuates tempo from 5 bpm to 500 bpm, and alters from ppp to fff will be universally rejected because it ignores what the brain naturally appreciates. Conversely, music that balances predictability with surprise, while maintaining relative consistency with regard to tempo, key, rhythm, melody, tonality, harmony and other elements of music, is pleasurable for the brain. These are facts about human psychology grounded in empirical research.

Can someone’s music taste be “wrong?” In his last piece of philosophical writing, “Of the Standards of Taste,” David Hume clarifies that a sentiment is how people feel when they perceive art and it is neither right nor wrong because “it has a reference to nothing beyond itself.” To that end, subjective preferences in music are real and they cannot be “right,” “wrong,” “good” or “bad”. But someone can be wrong about what sounds the brain finds intrinsically pleasurable. By analogy, someone who thinks Reed’s Metal Machine Music is good is wrong about how music elicits pleasure in the brain in the same way that someone who believes feces is good is wrong about what food elicits gustatory pleasure.* Proclaiming that “I like song x” is uncontroverted. But saying “song x is good” is shifting from a subjective preference to a claim about how the brain processes music and what elements of music it finds inherently pleasing. It’s possible to be wrong about in this regard, and research from Huron, Levitin and others provides the evidence.

[2] My more musically inclined friends tell me that since the recording is synth produced, the tuning is actually slightly higher than F major but not quite to F#. It's about 33% higher than a normal tuned F on a piano.