Why Writing Fluently Is Hard 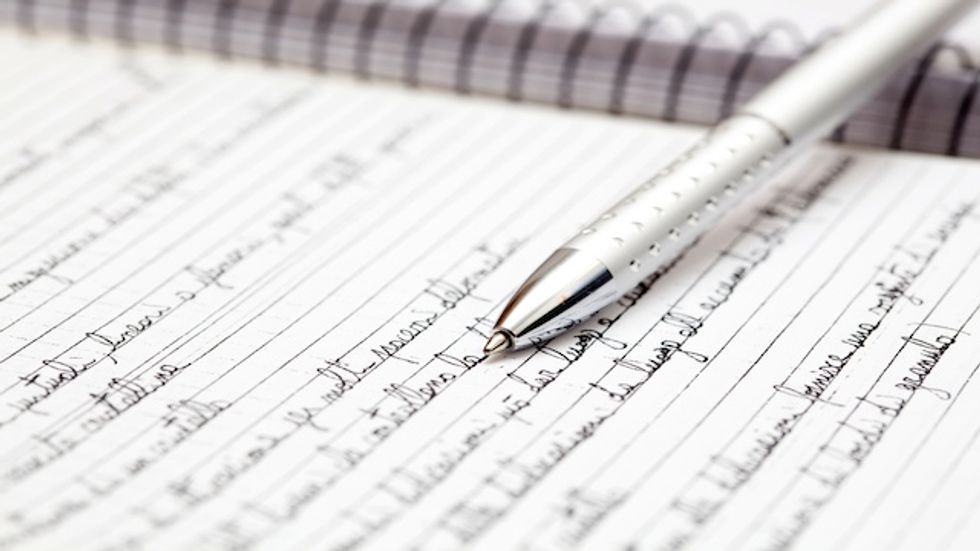 The human mind likes simplicity. It’s a complicated world, so we filter it into one cohesive and easy-to-digest worldview. This perspective is a rather unscientific one, however. When we observe the world we conclude that we have a pretty good idea of how it works – X will always cause Y – even though this is illusionary. Sometimes, simplicity comes at the expense of accuracy.

As a philosophy student I noticed this early on. It started with Thales, who argued that water is the “principles of all things.” Aristotle believed that all human action is to achieve happiness (or living-well). Foreseeing modern physics, Leibniz hypothesized that the world is comprised of elementary particles he termed monads. It was not until I read Nietzsche’s Twilight of the Idols that I realized these axioms were so broad that instead of accounting for everything, they accounted for nothing.

The 16th century French writer Michel de Montaigne is famous for penning a large collection of essays (or “attempts”). One, “On the Inconsistency of our Actions,” captures this problem nicely in the context of accounting for other people.

Those who strive to account for a man’s deeds are never more bewildered than when they try to knit them into one whole and to show them under one light, since they commonly contradict each other in so odd a fashion that it seems impossible that they should all come out of the same shop… They select one universal character, then, following that model, they classify and interpret all the actions of a great man; if they cannot twist them the way they want they accuse the man of insincerity.

A few pieces of contemporary research confirm Montaigne’s observation. One is a paper by Tania Lombrozo published in Cognitive Psychology a few years ago. In one study, Lombrozo asked participants to read hypothetical medical symptoms of aliens and possible causes and evaluate how satisfying the various possibilities were. Lombrozo found that 96 percent of participants (there were 48 total) preferred a simple “one-cause” explanation to a “two-cause” explanation. That is, compared to two conditions, a single condition that caused multiple symptoms was a more satisfying explanation of the illness, even when two conditions could account for the symptoms. This confirmed one of Lombrozo’s hunches that we generally prefer simple explanations over complex ones (especially in the absence of probability information).

A possible reason for this is a psychological phenomenon called “processing fluency.” As a general rule, a fluent thought feels subjectively easy to process while the opposite is true for a disfluent thought. Critically, we tend to favor things that are fluent. For example, one study discovered that people have a more positive first impression of someone with a name that is easy to pronounce (Mary Smith) compared to someone with a name that is difficult to pronounce (Xiùlán Huáng)*. Another study found that you could predict the performance of a stock a few days after it hits the market based on how easy it is to pronounce its name.

I think fluency explains why one hallmark of good writing is clarity. If written language is a window into the writer’s world, then wordy prose diminishes the reader’s chance of understanding that world. Here’s the rub: despite easy-to-digest principles that encourage fluent writing (e.g., “omit needless words” and “when in doubt, cut”), many writers fill page after page with verbose paragraphs much more difficult to understand, hopefully, than this one.

There are at least two reasons why. First, everything we write is fluent to us. The challenge is to know how comprehensible a piece of writing is for the reader. This is difficult because it’s nearly impossible for you, the writer, to know what it is like for your reader to not know something you know. Psychologists term this the “curse of knowledge” and one byproduct is using jargon unknowingly. If, for example, I write, “Cartesian mind-body dualism is at odds with modern neuroscience” I may wrongfully assume that a reader has a background in either philosophy or contemporary cognitive science.

There are a few ways to avoid the curse of knowledge. The easiest is to show a draft to a friend and ask him if it makes sense. Stepping away from a draft also helps. Research suggests that apocryphal stories of warm baths, long walks and ping-pong matches giving rise to moments of insight contain some scientific merit. An effortless activity refreshes the mind, so when you return to your draft it’s easier to notice previously overlooked errors.

The second reason is less obvious. When I ask writers for advice, many recommend that I read other successful writers and “steal” from them. This is good advice. However, the problem with learning how to write by reading good writers is a lot like trying to understand a magic trick by watching a magician preform it: it’s not obvious what makes the trick work and it’s easy to overlook the hours of practice the magician spent perfecting it. A cogent and lucid novel is likewise illusionary. It’s not apparent why it works – it just does. Importantly, the novel does not include the hundreds of thousands of words and paragraphs – even chapters – omitted from previous drafts. Like an aspiring magician, the aspiring writer cannot simply study a piece of prose by reading it; he must focus on the concealed details that make the final draft work while remembering the countless hours the author spent revising, rejecting, sifting and selecting.

In sum, good writing is easy to read but writing well is difficult to do. Aspiring writers forget this and fall victim to what I call the illusion of simplicity, or the tendency to conflate the fluency of a piece of prose with how easy it is to write something of equal value. A professor of mine used to harp on what he termed the “golden first draft bias.” His point is that because nearly everything we read – magazines, newspapers and books – is a final draft we mistakenly conclude that it was the only draft. As a result, his students – including me – believe that there’s no need to revise.

One last idea. A paper by Daniel Oppenheimer cheekily titled Consequences of Erudite Vernacular Utilized Irrespective of Necessity: Problems with Using Long Words Needlessly notes that some writers use “overly-complex” words to appear intelligent. For example, in one poll nearly two-thirds of 110 Stanford undergraduates answered yes to the question, “When you write an essay, do you turn to the thesaurus to choose words that are more complex to give the impression that the content is more valid or intelligent?” This strategy appears to have a counter-productive effect. It’s true that IQ is correlated with a large vocabulary, but when Oppenheimer manipulated the complexity of several texts in a few experiments he found “a negative relationship between complexity and judged intelligence.” In other words, trying to sound smart usually makes you sound dumb.

What can we learn from this? Earlier I explained that self-editing is difficult because everything you write is fluent to you. There might be a strategy to overcome this. Research demonstrates the benefits of “disfluent interventions.” For example, in two separate experiments participants answered more syllogism questions and remembered more information when the questions and the information were written in a disfluent font. One study even discovered a reduction in confirmation bias when participants read an argument in a disfluent font.

Here’s the takeaway. Most of the time we’re cruising on System 1 thinking: intuitive, automatic and heuristic-based. But when the mind detects an incongruity in the world – a difficult to read font, for example – the analytic and mindful System 2 takes over and it's easier to spot errors. So if you want to make your writing less fluent to you, try changing the font so it’s difficult to read. You may notice that you obfuscated your prose with loquacity, verbosity and extraneous information.

I thank Adam Alter for indirectly drawing my attention to "disfluency" and a few studies mentioned here.

* The names in the original study are different. I changed them so they would make sense to readers here.