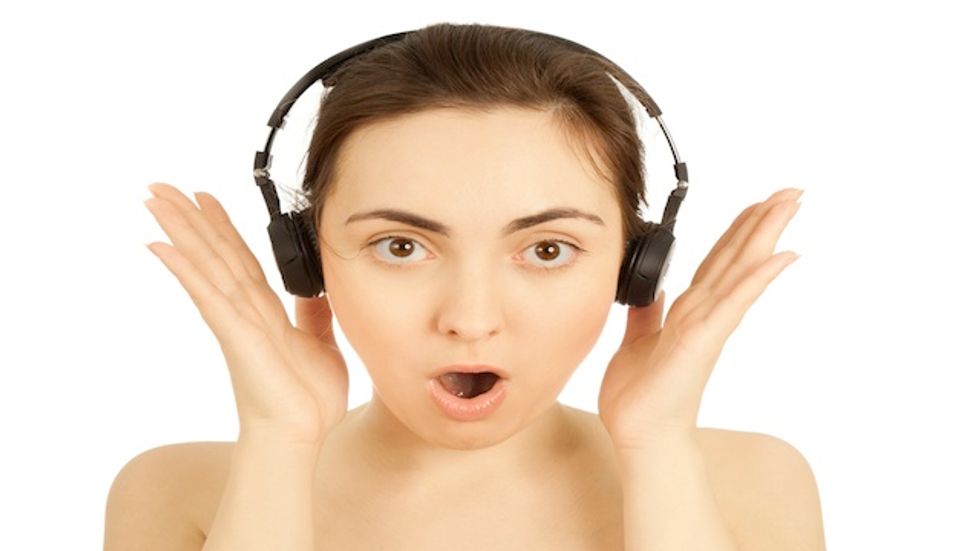 The guile of Girl Talk, to paraphrase a Times article, is its appeal to the ironically inclined. Crunk rap or heavy metal are too lowbrow for the hipster. Not so when the two seamlessly blend in a Girl Talk mash-up. Girl Talk, in case you’ve been living in a cave, is the stage name of Gregg Gillis, a Pittsburgh native and former biomedical engineer. He sells out large stadiums around the world by combining at least two unrelated song – usually from different decades and genres – to create a brand new tune. He has mashed-up Soulja Boy’s "Pretty Boy Swag" with Aphex Twin’s "Windowlicker” and Black Sabbath’s “War Pigs” with Ludacris’ “Move Bitch,” for example.

The grandeur of Gillis’ career is a lesson in why predictability and surprise are central to music. Predictability is important because the brain takes pleasure in matching a mental beat with a real-in-the-world one – the capacity to accurately predict the future has obvious adaptive benefits. This is why repetition is widespread in music. Consider research by the musicologist Dave Huron in collaboration with Joy Ollen:

One-hit wonders remind us that too much repetition is bad. Where they thrive on familiarity they languish in predictability. A good musician, in contrast, introduces a degree of unexpectedness into an otherwise familiar song because some surprise makes for an enjoyable listening experience even though it is initially bemoaned. Huron terms this phenomenon contractive valence, and defines it as "initially negative responses supplanted by neutral or positive responses [that] lead to an overall positive affect."

Girl Talk’s musical acuity is balancing predictability with surprise by using entirely familiar material. The vocal tracks are familiar, making it easy for listeners to sing along. So are the instrumentals; listeners easily keep up with the beats because they’ve heard them before. The surprise is what Arthur Koestler termed “biosociation,” or the bringing together of two apparently incompatible frames (or matrices) of thought. As the Times article puts it: “These are not just a collection of other people’s hooks; Girl Talk has created a new kind of hook that encompasses 50 years of the revolving trends of pop music.”

A good cover band also succeeds by incorporating surprise into an otherwise predictable song. The best covers I’ve heard come from The Bad Plus, a Minneapolis trio that infuses rock classics with avant-garde jazz. They cover famous hits from Blondie’s “Heart of Glass” to the Chariots Of Fire reprise “Titles." Unusual instrumentation combined with a habit of ignoring traditional music elements (or embracing them) renders their covers difficult to recognize. However, after a few listens – after your brain figures out the new patterns – their fresh takes can be more enjoyable than the originals. Just like low expectations amplify unforeseen success (and high expectations make failure even worse), an unexpected good outcome in music is more pleasurable than an expected good outcome.

The role of surprise in music presents an evolutionary paradox. The biological purpose of rewarding accurate predictions with positive feelings and punishing failed predictions with negative feelings has an obvious Darwinian explanation. Why, then, is it sometimes more pleasurable for music to surprise the listener? That is to say, as Huron points out, surprise from a biological perspective is always a bad thing; would it not be maladaptive to experience positive emotions whenever one’s predictions are wrong?

For the limbic system, which controls our flight, fight, and freeze response, the answer is yes. But sometimes imminent danger turns out innocuous, and when this happens we experience the pleasure in the form of relief. Huron uses the example of a wild bear injuring you. If this occurred, your body would immediately release analgesic opiates to dull the pain and focus your attention on escaping the beast. But let’s say the bear turns away and you’re left unscathed. The net result is just the opiate release - and the pleasure that comes with it. Huron hypothesizes that a similar physiological reaction occurs when music surprises us. Music engages the brain like anything else in the world, and the brain takes delight when a dodgy situation turns out to be better than it was initially – much like when your favorite sports team beats a goliath; what begins as a potentially grisly sports match transforms into joy.

Huron also suggests that, in this regard, music is similar to other forms of pleasurable experiences that run counter to innate aversions. For instance, in a 1999 paper Paul Rozin explains that one unique characteristic of humans is our willingness to engage in activities that elicit innate fears: roller coaster riding, watching horror movies, skydiving and hang gliding, for example. Eating is one of these activities. “[I]nnately aversive oral experiences such as coffee, beer, spirits, wine, tobacco, high levels of salt, carbonated beverages, and irritant spices are among the most preferred foods and drinks on the planet.”

(Another interesting connection is the relationship between openness to experience – one of the big five character traits – and one’s willingness to listen to different music or, say, eat chili peppers. In general, the more someone is open to experiences the more likely he is to try different music or food and vice versa. It would be unusual to meet someone who loves skydiving, eating chili peppers, watching scary movies but refuses to listen to music outside his preferred genre or musician.)

Surprise, in conclusion, is the musician’s best friend. Although getting hoodwinked is, biologically speaking, bad, musicians use surprise (consciously or not) as an emotional amplifier. They trick the limbic system by triggering the fight, flight or freeze response only to elicit a sense of relief. This pleasure is what Huron terms contrastive valence. Knowing the future is valuable, but the world becomes a boring place if we eliminate uncertainty altogether. Likewise with music.