The Science of Expectation: Using Humor To Understand Creativity 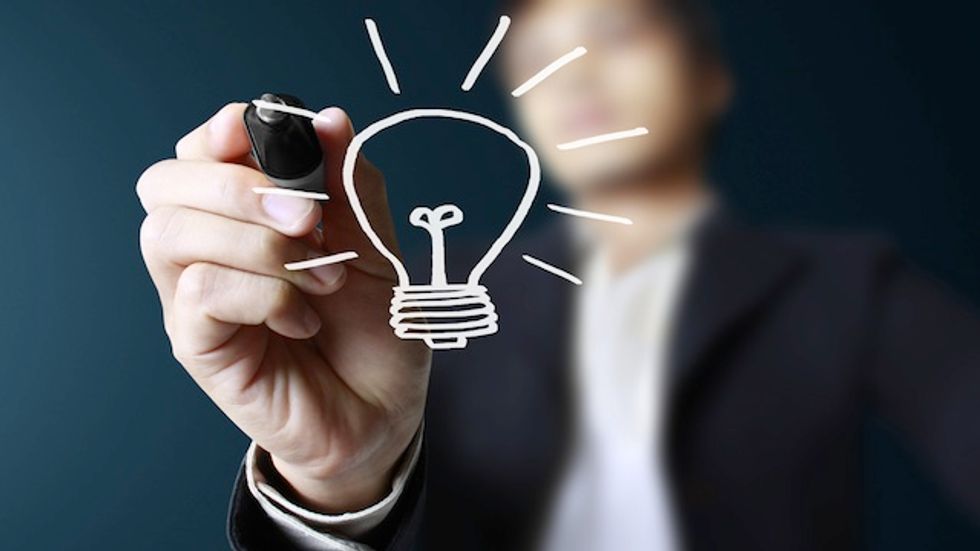 In his autobiography, The Moon’s A Balloon, British actor David Niven writes about an instance when the American playwright and screenwriter Charles MacArthur approached Charlie Chaplin for advice on how to improve the classic banana peel sequence, in which a person slips on a banana peel and falls to the ground. MacArthur wondered if his scene should start with a shot of a fat lady and then go to the banana peel or vice versa. Chaplin suggested that MacArthur start the scene with the fat lady, cut to the peel, cut to a wide shot of the fat lady approaching the peel, back to the peel, and then, right before stepping on the peel, she steps over it and falls into an open manhole.

Why is this funny? Despite their surface diversity, most jokes are built using the same set of blueprints: they lead us down a path of expectations, build up tension, and at the end, introduce a twist that teases our initial expectations in a clever way. Humor arrives when we figure out how the punch line both broke and fulfilled our expectations. When this occurs we experience mirth, the reward of successfully connecting the dots of a joke. It’s the “a-ha” moment of comedy, or what we feel when we “get” it.

In the book Inside Jokes cognitive scientists Matthew Hurley, Dan Dennett and Reginald Adams explore humor, jokes, and mirth with an evolutionary lens. They begin with the premise that the brain simplifies the world by creating and relying on a never-ending series of assumptions. This cognitive shortcut allows us to comfortably exist in the day-to-day without having to worry about trivial matters, but mistakes are inevitable and the brain sometimes guesses incorrectly. Mirth, according to the scientists, is an evolutionary adaptation that evolved to reward the brain when it corrects a mistaken assumption about the world; it helps our neurons stay on the lookout for the gaps between our assumptions and reality.

Bad comedians fail because they lead us down a path of expectations without challenging our assumptions. This was MacArthur’s problem. His take on the banana peel sequence wasn’t funny because it didn’t fake anybody out. Like a one-hit wonder on repeat, it was boring because it lacked an “a-ha” moment. It didn’t allow us to connect the dots.

Cognitive scientists refer to the idea that humor is the result of ideas that run against our expectations as the incongruity-resolution theory (I-R theory). I-R theories differ – Hurley and his co-authors only partially endorse it – but a quick search on Wikipedia reveals this definition: “The incongruity theory states that humor is perceived at the moment of realization of incongruity between a concept involved in a certain situation and the real objects thought to be in some relation to the concept.”

A notable version of I-R theory comes from a 1964 book by Arthur Koestler. In The Act of Creation Koestler proposes that laughter is provoked when one frame of reference bumps up against an anomaly, an event or statement that doesn’t make sense in context to the original frame. Puns in knock-knock jokes are a good example. The first response to “Who’s there?” is usually an ordinary word or phrase. The subsequent answer uses the same word or phrase in a different way while still making sense. Resolving the anomaly (i.e., figuring out the pun) gives rise to mirth and laughter.

Here’s a non knock-knock joke from Steven Pinker’s How The Mind Works that illustrates the same point:

Koestler’s The Acts of Creation goes beyond humor to argue that art and science are also about exploring and resolving the juxtaposition between inconsistent frames. He uses the term “bisociation” to capture this idea, which he describes as “the perceiving of a situation or idea . . . in two self-consistent but habitually incompatible frames of reference.” He concludes that creativity is the bisociation of previously unrelated frames of reference, or “matrices of thought.”

Koestler’s theory is broad and not error free, but it identifies two key components of art. One is that art is intimately connected to expectations. Audiences seek art that fulfills expectations; they’re pleased when this happens and disappointed when it doesn’t. Preferences form when this process compounds over time. The result is our tendency to gravitate towards the same artists and listen to or watch the same pieces of art over and over again. Like a Democrat who watches MSNBC or a Republican who watches Fox News, people discriminate between artists who confirm their preconceived notions of good art.

Another is that great art is about manipulating expectations. Artists who appeal to the mainstream are rarely remembered for being groundbreaking. Millions love bands like Coldplay, but it’s the Stravinskys who go down in history. The reason is the difference between MacArthur’s take on the banana sequence and Chaplin’s. MacArthur’s version was moderately funny because it incorporated an element of slapstick (or Schadenfreude, the German word that describes the pleasure we receive from another’s misfortune). But if the fat lady had only slipped on the banana peel the joke would only confirm our expectations. Chaplin’s version was better because it caught our expectations off guard. Like The Rite of Spring, it made us think twice.

This is not to say that creativity is only about breaking rules. There are plenty of conventionalists who make great art by reinforcing preconceptions. But it is to say that most eminent creators are driven to break rules knowing that violating an expectation is often times more enjoyable than fulfilling one. They appreciate the difference between the banana peel and the manhole.