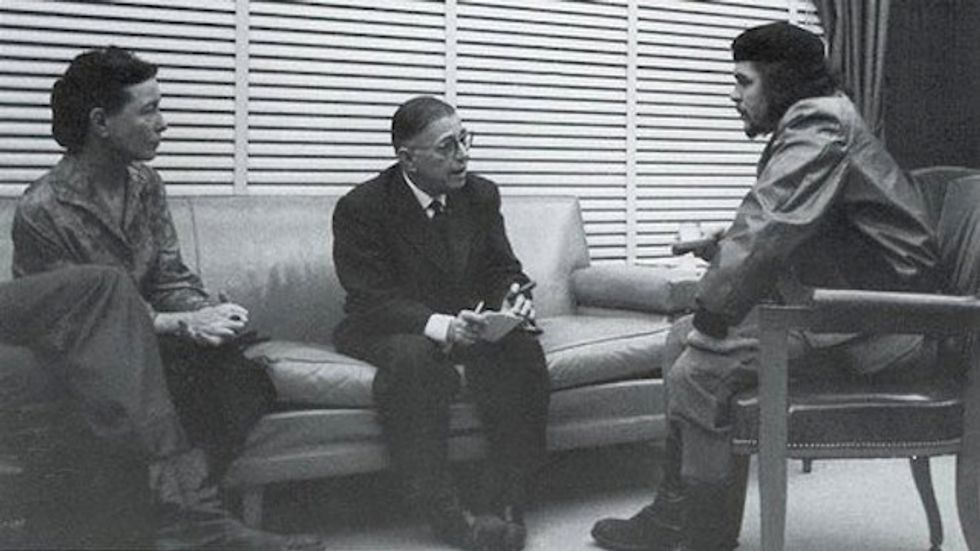 This brings me to an ancient Greek, the master himself, Socrates of Athens. In a segment of Gorgias that foresees decades of modern psychological research, the erudite interlocutor observes that we always act out of a belief that what we are doing is good. This delusion is self-reinforcing. Time, experience, and more information (even opposing information) strengthen beliefs. Alas, the snub nosed Greek erroneously concluded that if we do wrong it must be because we are ignorant.

Consider a recent article published in the New York Times Magazine, an excerpt from Michael Moss’ book Salt Sugar Fat. Moss reports on a study published in 2011 that highlights Americans’ growing obesity problem. It tracked 120,877 subjects from 1986 to 2010 and found that, “every four years, the participants exercised less, watched TV more and gained an average of 3.35 pounds.” Who were these people? Each of 120,877 participants was, in fact, a health care professional presumably well informed about nutrition and how to live a healthy lifestyle. This toxic demonstration of cognitive dissonance is not unusual: smokers know smoking is bad; husbands know the detriments of an affair; thieves know the consequences of stealing; alcoholics know the perils of drinking. Phaedra was right: “We do sometimes know the good and fail to do it.”

The Socratic problem usually refers to the fact that our accounts of Socrates are second hand, a problem exacerbated by his stubborn refusal to document, with pen and papyrus, his philosophy. I want to rebrand the Socratic problem to describe his false belief – a belief that pervades the Western world today – that knowledge is necessarily a panacea.

Go back to Moss. Will readers learn that information about nutrition does not make people healthier? No. Will they realize, when his book does nothing to curb our diets, that the mind struggles to act on helpful information? No. They will learn that too much salt, sugar and fat is bad for you. And that’s it. We’re good at learning and retaining information. We’re pitiful at abstracting rules and changing behavior accordingly. Worse, we don’t learn that we don’t learn.

With this in mind, imagine your pre-bike riding days. Would a complete bike-riding manual have helped? Probably not. You needed experience. The Greeks made a similar distinction. We know from the Roman physician Galen that Menodotus of Nicomedia, a member of the Empirical School, sought practitioners who embodied techne (know-how) and not epistêmê (know-that). I’m with Menodotus on this one. I don’t want a doctor who knows how the heart works; I want a doctor who knows how to operate on the heart.

Perhaps you’re familiar with this distinction, so I’ll draw the conclusion for you: the body is much smarter than the brain. I realize that this might sound strange in an era preoccupied with “ideas.” I have in mind our obsequious attachment to those dreadful articles that promise to reveal the secrets to human creativity or intelligence and those 20-minute video clips that turn scientists into rock stars. We love simple explanations of complex things, especially brain functions. The next time you’re in a bookstore, navigate to the cognitive science section and count the number of books that begin with the words “how” or “why.” Don’t read these books.

I wouldn’t deny the mind’s capacities. But pause, for a moment, and think about the body. At one point in your life you took up a sport or performed a simple task like throwing a dart. Carrying out these skills was, believe it or not, a tremendous accomplishment, a marvel of evolution. Shakespeare observed that we humans are noble in reason, but the principle achievement of the brain is not Romeo and Juliet, or General Relativity or the Sistine Chapel; it is movement. That a baseball player can hit a 90 mph curving baseball and catch a line drive on the run is more impressive than lucid prose, scientific theorems or aesthetic prowess. Here’s Pinker again:

I would pay a lot for a robot that would put away the dishes or run simple errands, but I can’t, because all of the little problems that you’d need to solve to build a robot to do that, like recognizing objects, reasoning about the world, and controlling hands and feet, are unsolved engineering problems. They’re much harder than putting a man on the moon or sequencing the human genome. But a four-year-old solves them every time she runs across the room to carry out an instruction from her mother.

The body also remembers better than the mind. In Moonwalking With Einstein Joshua Foer makes the point that we’re horrible at remembering lists but excellent at remembering routes. Notice, for example, how easy it is to mentally traverse the route you took to elementary school. Compare that to what you remember about High School chemistry. The body doesn’t forget skills either, hence the proverb “it’s like riding a bike” while the mind forgets the vast majority of the information it obtains. The body even “remembers” the experience of being sick, which is why you’ll never contract mono, polio, or the chicken pox twice. (The wily Richard Dawkins calls a vaccination a “false memory.”)

There is an evolutionary component to this. We existed as non-thinking animals throughout most of our evolutionary history. During that time natural selection focused on how the brain might get the body to move through space safely. Using your legs to chase after food (or run from it) and your hands to eat it was more important that philosophizing. Only in the last blip of time did consciousness, abstract thought and language - the real game changer - emerged from our frontal lobes. Today Homo sapiens are the most creative and intelligent species on Earth. But it’s important to remember that the ability to move our limbs in concert is the principal biological achievement. We forget this, of course, when we pause to think about it.

Socrates: And a person who’s come to understand medicine is a doctor, and so on and so forth. By the same token, anyone who has come to understand a given subject is described in accordance with the particular character his brand of knowledge confers. Do you agree?

Socrates: So doesn’t it follow that someone who has come to understand morality is moral?

It appears that Socrates had the wrong user’s manual. The brain was designed to do – not to think and introspect. Expertise in a domain requires 10,000 hours of deliberate practice. Spend a lifetime studying epistemology and you’ll be no wiser. Yet, thanks to Socrates and his Greek cohorts we still believe that acquiring theoretical, conceptual or factual knowledge necessarily improves judgment and behavior. And with respect to the relationship between understanding morality and acting moral, well, he was clearly unfamiliar with the Catholic Church.

The purpose of this section is to answer the question, Why is the Sartre Fallacy difficult to avoid? We’ve seen that humans did not evolve to be philosophers, which is fine except when we act like it. Every time we provide a premise, supply the inferences and come to a conclusion we expect the audience to change their minds. This style of reasoning, a direct result of the ancients, rarely changes anything. There are no guarantees that acquiring more knowledge – reading more self-help, diet, business, or decision-making books – will improve life. We’re cognitive misers; we only use System 2 if we have to, and even then we’re reluctant. The intellect is, evolutionarily speaking, the youngest addition to the human condition. We don’t know how to use it very well.

This is why the Sartre Fallacy is difficult to avoid: we don’t “do” knowledge well. Natural selection focused on the body, not the mind.