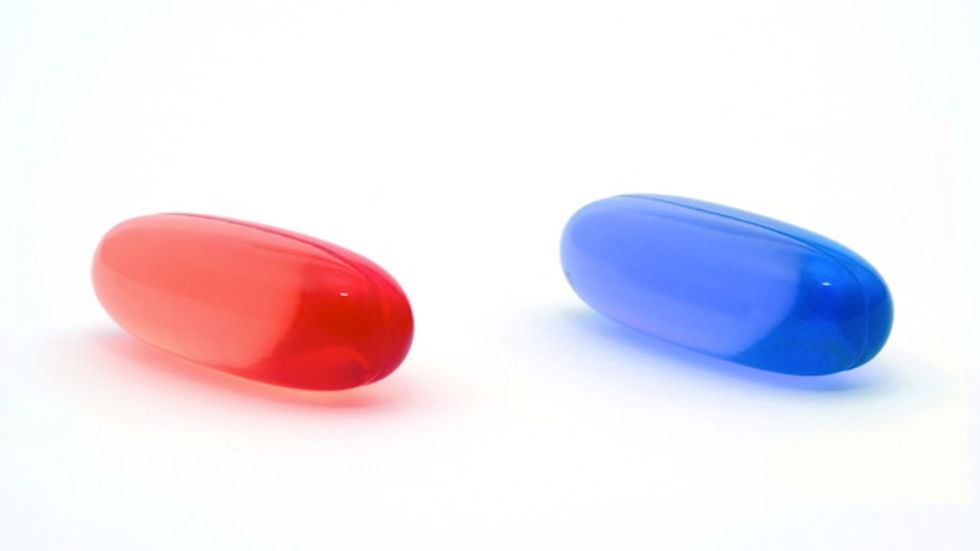 The story of discovery goes something like this: the inventor investigates what he knows (the properties of stapholycocci) and uncovers something else (penicillin), which changes the world. The scientific method is one hallmark of the modern era, but sometimes we put too much faith in it. The amateur scientist believes that he knows what he is looking for and with evidence he can confirm his hunch. The sagacious scientist, in contrast, frequently abandons his inklings and partialities, knowing that after a certain point observation and luck will be his closest allies.

An unfortunate aspect of our mental life is how unscientific it is. When we have an intuition – an idea about how the world works and how we behave in it – we act like the amateur scientist; we don’t investigate opposing ideas but automatically seek out confirming evidence. We’re elaborate story weavers, and we selfishly cast ourselves as the infallible protagonist who lives in a world of idiots. To paraphrase the satirical cartoonist Tim Krieder, we spend most of our mental lives winning imaginary arguments that are never actually going to take place. In other words, we exist in an epistemic matrix with a willful prescription to the blue pill.

Here’s the other problem: introspection doesn’t offer an escape. In fact, we have little access to the cognitive processes that underpin our behaviors and decisions. Consider the following study. Researcher presented participants with eight by ten inch photographs of different women’s faces and asked them (heterosexual men in this instance) to rank the attractiveness of each photo. Unbeknownst to the men, in half the photos the eyes of the women were dilated. It was a small alteration that turned out to have a sizeable effect. The men consistently ranked the women with dilated eyes as more attractive, and when the researchers asked them to explain their decisions, none of them mentioned the enlarged pupils. Instead, they simply felt more attracted to some photos for reasons outside their conscious awareness.

If motivational and cognitive barriers hinder self-knowledge, then are we trapped in this epistemic matrix? Not exactly. Despite limitations, humans often correct inaccurate beliefs and improve judgment. The question is if there are strategies to think more like the sagacious scientist and avoid the self-validating story telling.

This brings me to a recently published paper by Erika N. Carlson, a PhD candidate at Washington University in St. Louis. Carlson proposes that mindfulness, defined as “paying attention to one’s current experience in a nonevaluative way,” may provide an effective means for acquiring self-knowledge. The “mindful” individual, as opposed to his introspective peer, does not analyze or interpret nor does he ask questions that lend themselves to intricate narratives that confirm his intuitions. As Carlson puts it, “[mindfulness] involves noticing thoughts and emotions as they arise without elaboration or rumination. This kind of detached observation… allows people to experience fairly aversive thoughts and emotions as temporary events rather than experiences that require a response or an explanation.”

How can we achieve mindfulness? Carlson mentions two strategies that both stress observation over questioning and introspection. The first is nonevalution observation, which encourages people to consider information even if it threatens the ego. Carlson cites a study that primed participants with morbid thoughts about their death. The researchers noted that the typical response to “mortality salience” is to hunker down, bolster self-esteem, and defend your worldview. However, individuals who scored higher on tests of mindfulness “defended their worldviews less, thought about death longer, and suppressed negative thoughts about death less.” An observant ego, in sum, is a healthy ego.

Second, we should pay attention to all the available information in a given moment (i.e., all thoughts, feelings, and behaviors). If this sounds obvious consider that compared to untrained individuals, people with mindfulness training preform better on conflict monitoring tasks, orientation tasks, standardized tests and working memory tasks.* Like impartial spectators, they consider all of the facts and avoid jumping to conclusions.

And this brings me back to the scientific method. The amateur scientist begins by asking a question and looking for evidence. Yet Alexander Fleming showed us that observation might be the best starting point. We can learn from this. Our introspecting narrative-weaving mind is literally self-serving: one half agrees to ask all the questions, but in return the other half provides the desired answers. This is the epistemic matrix in action, and it thrives on questions. Despite this reality I’m optimistic about our frontal lobes. If Carlson is correct, mindfulness offers a way out. We simply need to observe ourselves, free of judgment, and question less.

There is an oddity running throughout all of this, eloquently stated by Jason Chin and two colleagues in a chapter from The Handbook of Self-Knowledge.

In a world filled with mysteries, one might hope to take solace in there being at least one thing we can know with certainty, namely, ourselves. While the privileged knowledge of the existence of our own experience may well represent a critical foundation for constructing an understanding of reality, alas, even this apparent epistemological stronghold has its weakness.

If this sounds pessimistic, the good news is that self-knowledge is an emerging domain in cognitive science. Last June, editors Simine Vazire and Timothy Wilson published The Handbook of Self-Knowledge, a collection of chapters on the subject. In it, the two psychologists observe that self-knowledge is not a cohesive area of research even though many psychologists are studying it. Vazire and Wilson encourage more domains of psychology and neuroscience to communicate with each other in order to “define a new interdisciplinary area in psychology.”

I find it odd that this domain does not exist given the sine qua non topic of psychology is the self. Moreover, ever since the Greeks carved in stone at Delphi that the unexamined life is not worth living some 2,500 years ago, the role of self-knowledge has been central to Western thought. Alas, modern psychology appears late to the game. However, we should welcome the empirical data that emerges out of this new area of research. Hopefully with more information, and a bit of observation, we can shake our addiction to the blue pill and step outside the epistemic matrix.

*Their minds also wanders less – an important trait given that a wandering mind is usually an unhappy one, as Matthew Killingsworth and Dan Gilbert found in a study published in Science a few years ago.