Why We're Suckers for Sorrow

Some research proposes that sorrow in fiction might be a form of psychological relief. A more fruitful explanation is that important virtues, values and morals that elicit uplifting emotions accompany sad moments in fiction. 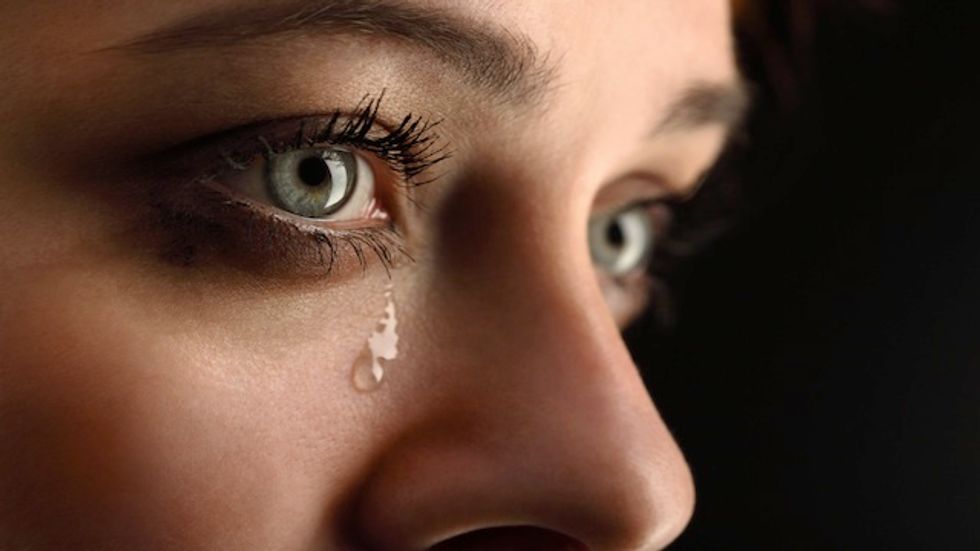 One paradox of good fiction is that it centers on sadness. If fiction gives us pleasure, then why are we drawn towards what’s gravely unpleasant? Think about classics in the Western cannon. Romeo and Juliet ends with a double suicide; Anna Karenina throws herself in front of an oncoming train; in versions of Goethe’s Faust the Devil carries the protagonist off to hell; Santiago returns empty handed in The Old Man and the Sea.

There are few possible reasons why we’re suckers for sorrow. Sad stories make us feel better because they give us a chance to compare ourselves to individuals and circumstances that are worse than our own - life might be tough, but at least I’m not dead like Romeo and Juliet. Some research proposes that sorrow in fiction might be a form of psychological relief. A more fruitful explanation is that important virtues, values and morals that elicit uplifting emotions accompany sad moments in fiction.

This brings me to professor Mary Beth Oliver, Co-Director of Media Effects Research Laboratory at Penn State. In a recently published paper in Journalism & Mass Communication Quarterly co-authored with Tilo Hartmann and Julia K. Woolley, Oliver argues that a key part of meaningful entertainment is that it elicits a sense of elevation, or the warm sentiment we feel when we witness acts of moral beauty or characters who embody moral virtues. People flock to sad stories not for the sadness, Oliver says, but to experience these feel-good moments that sadness brings out.

[T]he enjoyment of many examples of entertainment that have been labeled as ‘‘sad’’ or as ‘‘tear-jerkers’’ may be described, in part, in terms of the experience of elevation in response to meaningful entertainment—an affective state associated with unique elicitors, emotional and physical responses, and motivational outcomes.

To test how meaningful entertainment (in which characters portray moral virtues) elicits elevation and enacts moral virtues Oliver gathered 483 participants and instructed them to complete a questionnaire asking about films they found pleasurable and meaningful. The participants then rated how important a number of values were in the films they selected. Oliver and her team focused on three altruistic values (e.g., caring for the weak) because they are linked to moral excellence, which evokes elevation.

Oliver also had the participants rate their affective response to the films in terms of three categories: meaningful affect, positive affect, and negative affect. The purpose of this measurement was to evaluate how each film evoked “mixed affect,” the feeling of being happy and sad at the same time. Finally, Oliver asked the participants how they physically responded to the films (e.g., tears or chills) and to list how the movie motivated them to behave in the future (e.g., be a better person, do something good for others, seek what really matters in life).

What Oliver and her colleagues were testing was not just if moral virtues would be featured more in meaningful films (compared to pleasurable films) but also if meaningful ﬁlms were more likely to elicit mixed affect, trigger physical responses associated with elevation and motivate the participants to embody or enact moral virtues. Is sadness in fiction attractive because it makes people want to be a better human being? Results for each hypothesis varied but this is precisely what they found:

How, exactly, does this shed light on the “sad-film paradox?” Several years ago Professor of Social Psychology Jonathan Haidt teamed with Professor of Psychology Sara Algoe to conduct a clever study. They showed participants uplifting videos about heroes and altruists – they included clips from the Oprah Winfrey show – and instructed them to describe what they felt and what they wanted to do. Haidt and Algoe also had participants keep a diary over a few weeks and write down moments where someone did something good for someone else. The purpose of these instructions was to induce and identify elevation.

They discovered that elevation is not just a form of happiness but a distinct physiological reaction where people describe themselves as “moved” and wanting to help others. As Haidt says, “these emotional reactions involved warm or pleasant feelings in the chest and conscious desire to help others or become a better person.” This helps explain the sad-film paradox. Sad films display instances of moral beauty and moral excellence that implant a powerful need to "do good" in the moviegoer. Despite the sorrow, we're elevated for a few moments before returning to everyday life

In The Happiness Hypothesis Haidt quotes Thomas Jefferson who captured this sentiment perfectly:

When any… act of charity or of gratitude, for instance, is presented either to our sight or imagination, we are deeply impressed with it beauty and feel a strong desire in ourselves of doing charitable and grateful acts also. On the contrary, when we see or read of any atrocious deed, we are disgusted with its deformity, and conceive an abhorrence of vice. Now every emotion of this kind is an exercise of our virtuous dispositions, and dispositions of the mind, like limbs of the body, acquire strength by exercise.

One more idea. The paradox of sadness in fiction applies to other undesirable emotions. The Odyssey, Oedipus, and Hamlet are rife with death, betrayal, insecurity, and defeat. Today we buy tickets for Hollywood blockbusters including The Day After Tomorrow, War of the Worlds and I Am Legend where humanity is nearly wiped out from natural disasters, alien attacks and disease. If stories are an escape into the imagination, it’s not a happy escape.

One hypothesis is that stories allow us to mentally rehearse moments of adversity without the consequences. Like a flight simulator, fiction generates virtual experiences of adversity for the benefit of practice. Steven Pinker put forth a version of this theory in his 1997 book How the Mind Works: “Fictional narratives supply us with a mental catalogue of the fatal conundrums we might face someday and the outcomes of strategies we could deploy in them… the cliché that life imitates art is true because the function of some kinds of art is for life to imitate it.”

The results from Oliver's study go one step further. "Rather than only providing viewers with models of prosocial behavior, eliciting elevation may further increase the likelihood of engaging in these behaviors, as elevation entails motivational enhancement." In other words, a tragic moment on the big screen or on the page makes us want to be better people.