The Old Prevails Over The New: A Case For Ancient Ideas 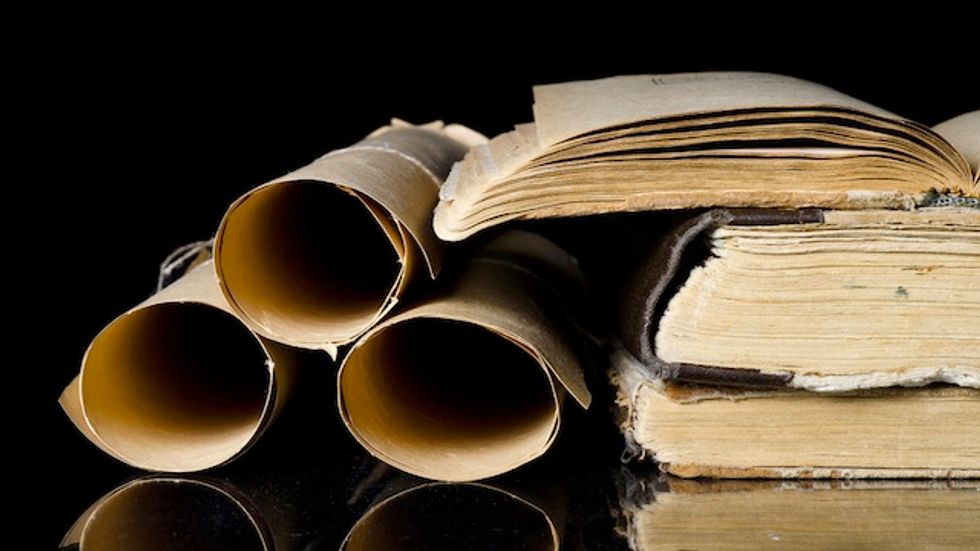 Henry Molaison, known for most of his life as H.M., was a medical oddity. Surgery to cure severe epilepsy in the 1950s led to the removal of his hippocampus, which is responsible for laying down new memories. Neuroscientists know this because Molaison suffered from anterograde amnesia (the inability to generate new memories) after the surgery but could recall memories from before it. Molaison’s working memory and intelligence remained intact – he completed crossword puzzles up until his death in 2008 – but he was, in a way, stuck in the present.

A healthy brain is not too different from H.M.’s. We tend to accept the current state of affairs and not change course even if doing so is beneficial. The reason for this shortcoming is effort. We rely on energy-saving heuristics, or mental shortcuts that simplify the world at the expense of rationality - a resource-demanding capacity. Even the most critical thinkers mostly run on autopilot. Continuous skepticism is biological impossible.

One empirical account of this phenomenon comes from Professor of Psychology Keith Stanovich. It starts with a quiz: Jack is looking at Anne but Anne is looking at George. Jack is married but George is not. The question is: Is a married person looking at an unmarried person? You have three options:

-Yes
-No
-Cannot be determined

Over 80 percent of people choose the third option even though the first option is the correct one (think carefully). Here’s the interesting part. The study found that IQ did not correlate with accuracy. Instead Stanovich discovered that performance increased when he promoted participants to “think logically” or “consider all the possibilities.” In other words, we think critically only when we have to or when we are prompted, otherwise we’re lazy.

Recent neurological research suggests that although the brain prefers the path of least resistance (figuratively and neurally) overcoming cognitive challenges strengthens the mind just like exercise strengthens our muscles. This mind-as-a-muscle metaphor is an appropriate one. Several studies demonstrate that participants who engage in sessions of “cognitive training” perform better on tests of fluid intelligence and show gains in working memory capacity. The trick is convincing the mind to deviate from the easy-to-digest present.

This brings me to a predicament.

A curse of the 21st century is the belief that the new prevails over the old and that the new is superior to the old. I’ve realized the opposite is true with respect to ideas. What survives must possess intrinsic value that time recognizes but our cognitive laziness usually misses.  A thought experiment to explain.

If a Martian visited Earth he might wonder why only a tiny fraction of ideas that we humans have conjured still exist while the vast majority have perished. The answer is that an invisible hand discriminates ideas based on their value in the same way a sieve filters desired materials based on their size. Think about it. Every generation produces a number of ideas but only a few survive into the following generation and even fewer survive into the generation after that ad infinitum. Call the percentage of ideas that survive the leap from one generation to the next the “sieve constant.” It is a very small number, and the implication is that most valuable ideas that exist today are ancient. As the cliché goes, they’ve stood the test of time – they’ve managed to stay on top of the sieve.

If this seems counterintuitive tally the number of technologies in your living room over one thousand years old and compare it to the number of technologies that arrived in the last one hundred years. From my desk I can spot a few items that did not exist before 1913: a TV and DVDs, the microchips in my computer, the refrigerator and microwave, the Internet. The list of pre-1913 technologies is much longer: kitchen utensils, books, language, a bed, a couch, cushions, a hat, gloves, pants and shirts, a pencil, the oven, electricity, shoes, paint and paintings, bricks, walls, roof, a door, keys and locks, beer and coffee, plumbing and sanitation, a window, glass, paper, a candle, money, coins, the wheels and gears on my bike. I could go on. In fact if I only kept post-1913 technology my apartment would be nearly empty (I wouldn’t even have an apartment actually).*

As a general rule the most widespread technologies are the oldest. So the old indeed prevails over the new. But because the brain (if left unattended) focuses on the present we tend to believe that the new prevails over the old – or that people believe that their generation is an exception to the sieve constant. I suspect that this “present day bias” exists in every generation but it is especially pronounced in the 21st century where dozens of flashy technologies debut annually.

Think about a book (the content not the physical book) in print for 40 years. It will likely print for another 40 years. If a book has been in print for one millennia, it will be in print for one more. A 40-year-old human, in contrast, will probably only live another 40 years. What determines the lifespan of a non-perishable (or what I am calling an idea) is its value. What I realized was the Lindy effect explains a peculiarity of the sieve constant: the longer an idea exists the more immune it becomes to falling through the cracks. And since it is difficult to determine the value of a new book in order to predict its lifespan (time and the sieve have not tested it yet) a good rule of thumb with respect to books is the older the better.

It is for this reason that I recently purchased Edith Hamilton’s Mythology (as opposed to Harry Potter or a pop psychology book about “how the mind works”), a perennial bestseller and premier introduction to the subject. After navigating Amazon I was happy to discover that several editions are on sale for one cent. Even more sell for less than a dollar. What does that tell us about the value of Hamilton’s masterpiece? In the iSights of Apple aficionados the answer is that the book is cheap. Price-wise they’re right but the reverse is true wisdom-wise. That dozens of editions sell for less than a dollar tells us hundreds of thousands of copies of Mythology exist (perhaps millions). So many, in fact, that they are giving them away for free. The lesson here is not that no one is reading the book but everyone. Publishers don’t print that many copies without a sizeable demand.

A second mistake. On Amazon people buy books in good or excellent condition over books in acceptable or poor condition, ceteris paribus. What does it tell us if a book is in excellent condition? That no one has used it. A book filled with highlights and annotations is more valuable than a book left untouched because a marked up book was more valuable to the previous reader than a book in pristine condition, which was clearly either unused or completely worthless. Between-the-lines commentary is also a great source of wisdom. An Amazon book in “poor” condition is often an invitation to a conversation with the previous reader. So, another rule of thumb; this time for buying books on Amazon:

Value (Wisdom) = Years in Print + Condition (the worse the better)

The reason it took me a while to realize this brings me back to H.M. Recall that the brain is inherently focused on the present. This makes sense from a biological perspective; in order to survive it must compute millions of pieces (about 11 million) of incoming sensory information every second. Reading ancient Greek philosophy is a resource-demanding activity and sadly not a priority. Now that we know the value of old ideas you can see the paradox: the most valuable wisdom is the oldest but the brain craves the present. How do we convince the mind to focus on ancient ideas?

Mythology gives us one strategy. Hamilton’s lurid prose effortlessly distills the complexities of Greek, Roman and Norse mythology into digestible lessons. The book was published in 1942, so we can guess that it will be around for another 71 years. But it is the myths themselves that will stand the test of time. If you do read Hamilton’s book – and I really recommend you do – you’ll enter into a foreign country, the past, where the wisdom is lucid, unlike the perplexing but easy-to-digest present.