The Moral Worldview of Babies 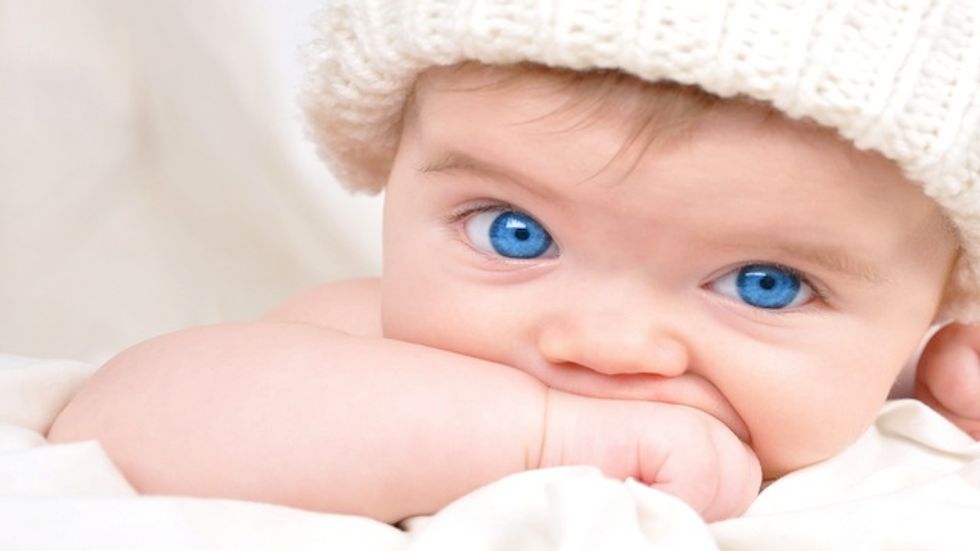 “[T]he Author of Nature has determin’d us to receive… a Moral Sense, to direct our Actions, and to give us still nobler Pleasures.”

That appeal was made in 1725 by Scottish philosopher Francis Hutcheson, and it captured one side of a debate that tries to answer the question: Where does morality come from? On the other side were thinkers like John Locke and Thomas Hobbes who believed that morality is the product of experience. That was the extent of the discourse for most of history; morality was either prepackaged or learned. End of story.

Recent psychological research tells us the answer is somewhere in the middle. Yes, babies come into the world predisposed with a set of moral intuitions – morality can’t be entirely self-constructed. But what babies consider right and wrong and which moral intuitions they value, develops from experience. As social psychologist Jonathan Haidt puts it: “We’re born to be righteous, but we have to learn what, exactly, people like us should be righteous about.”

Let’s look at some research. Consider a paper published earlier this year by Stephanie Sloane, Renée Baillargeon and David Premack. In one experiment 48 19-month-olds watched two giraffe puppets dance. The experimenter gave either one toy to each giraffe or two toys to one giraffe. Meanwhile, Sloane and her colleagues timed how long the infants gazed at the scene until they lost interest — longer looking times indicate that the infants sensed something is wrong. They found that three-quarters of the infants looked longer when one giraffe got both toys, suggesting they detected an unfair distribution.

In the second experiment, two women played with a small pile of toys when an experimenter said, “Wow! Look at all these toys. It’s time to clean them up!” In one scenario both women put the toys away and both got a reward. In another, one woman put all the toys away and both got a reward. Like the first experiment, the researchers found that the youngsters (21-month-olds in this experiment) gazed longer in the second scenario, in which the worker and the slacker received an equal reward. Here’s Sloane on the implications of her research:

We think children are born with a skeleton of general expectations about fairness and these principles and concepts get shaped in different ways depending on the culture and the environment they’re brought up in… helping children behave more morally may not be as hard as it would be if they didn’t have that skeleton of expectations.

A study published last October by Marco Schmidt and Jessica Summerville demonstrates similar results. In one experiment Schmidt and Summervile presented 15-month-old babies two videos: one in which an experimenter distributes an equal share of crackers to two recipients and another in which the experimenter distributes an unequal share of crackers (they also did the same procedure with milk). The scientists measured how long the babies gazed at the crackers and milk while they were distributed and found that the babies spent more time looking when one recipient got more food than the other. This prompted Schmidt and Summerville to conclude that

the infants [expecting] an equal and fair distribution of food… were surprised to see one person given more crackers or milk than the other… this provides the first evidence that by at least 15 months of age, human infants possess the rudiments of a sense of fairness in that they expect resources to be allocated equally when observing others.

One of the most cited papers on moral development in the last few years comes from Kiley Hamlin, Karen Wynn and Paul Bloom. In one experiment they used a three-dimensional display and puppets to act out helping/hindering situations for six and ten-month-old infants. For example, a yellow triangle (helper) helped a red circle (climber) up a hill or a blue square (hinderer) pushed the red circle down the hill. After repeating these two scenarios several times an experimenter offered the helper and hinderer to the infants. They found the infants preferred the helper puppet most of the time. When Hamlin et al. pitted the hinderer against a neutral character the infants likewise preferred the neutral character. This experiments suggests the infants prefer those who help others and avoid those who hinder others.

Drawing on these results (and two similar experiments from the same study) as well as data from other child development research, Bloom concludes in a NYTimes article that

babies possess certain moral foundations — the capacity and willingness to judge the actions of others, some sense of justice, gut responses to altruism and nastiness… if we didn’t start with this basic apparatus, we would be nothing more than amoral agents, ruthlessly driven to pursue our self-interest.

This brings me to a brand new study that challenges Hamlin, Wynn and Bloom. The researchers, headed by Dr. Damian Scarf of the University of Otago in New Zealand, note that the scene Hamlin et al. created contains two “conspicuous perceptual events.” The first is a collision between the climber and the helper or the hinderer. The second is a positive bouncing event that occurs when the climber reaches the top of the hill. Scarf and his team hypothesize that the infants are reacting to these events – the aversive collisions and cheerful bouncing – and not deciding from an innate moral sense. In their words, “The helper is viewed as positive because, although associated with the aversive collision event, it is also associated with the more salient and positive bouncing event. In contrast, the hinderer is viewed as negative because it is only associated with the aversive collision event.”

To test this Scarf’s team created two experiments. The first determined whether infants found the collision event aversive. To do this “[they] eliminated the climber bouncing at the top of the hill on help trials and pitted the helper against a neutral character.” The purpose of this twist was to test if the infants’ decisions derived from a moral sense or the attention-grabbing bouncing. “If infants find the collision between the climber and the helper aversive then in the absence of the climber bouncing, infants should select the neutral character.”

They designed the second experiment to determine if infants found the bouncing event positive. To test this they “manipulated whether the climber bounced on help trials (bounce-at-the-top condition), hinder trials (bounce-at-the-bottom condition), or both (bounce-at-both condition).” If the infants base their decisions off of the bouncing event they should select whichever puppet bounces regardless of their role as a helper or hinderer. However, if Hamlin is right and the infants are driven by a moral intuition then they “should display universal preference for the helper because in all three conditions the helper is assisting the climber in achieving its goal of ascending the hill.”

They found evidence in both experiments that the infants were reacting to the two “conspicuous perceptual events” and not driven by potential innate moral intuitions. Here are the scientists:

Do these results undermine Hamlin et al.’s previous study? It’s not likely. In a response published in the academic journal PNAS Hamlin outlines four shortcomings in Scarf et al.’s experiment: 1) The climber looked different; 2) the climber acted different; 3) the climber appeared to climb the hill on its own during helping trials; 4) the climber moved downwards before the hinderer made contact. Hamlin concludes that, “All of these considerations make it plausible, then, that Scarf et al.’s infants responded to perceptual variables because—unlike in our original study—the goal of the Climber was unclear to the infants and therefore the “helping” and “hindering” events did not strike them as helping or hindering.”

Also important is the fact Hamlin and her colleagues have replicated their findings several times “across several social scenarios that do not involve climbing, colliding, or bouncing.” In addition, numerous studies published by other researchers in the last several years – including the aforementioned studies – provide good evidence that a general sense of fairness and the capacity to judge the actions of others are hard-wired. Scarf and his team are right to call attention to potential sources of error, but the evidence in favor of Hutcheson’s assertion – that the Author of Nature determined us to receive a moral sense – appears robust.