Rethinking the Endowment Effect: How Ownership Affects Our Valuations

The “endowment effect" explains our irrational tendency to overvalue something just because we own it. 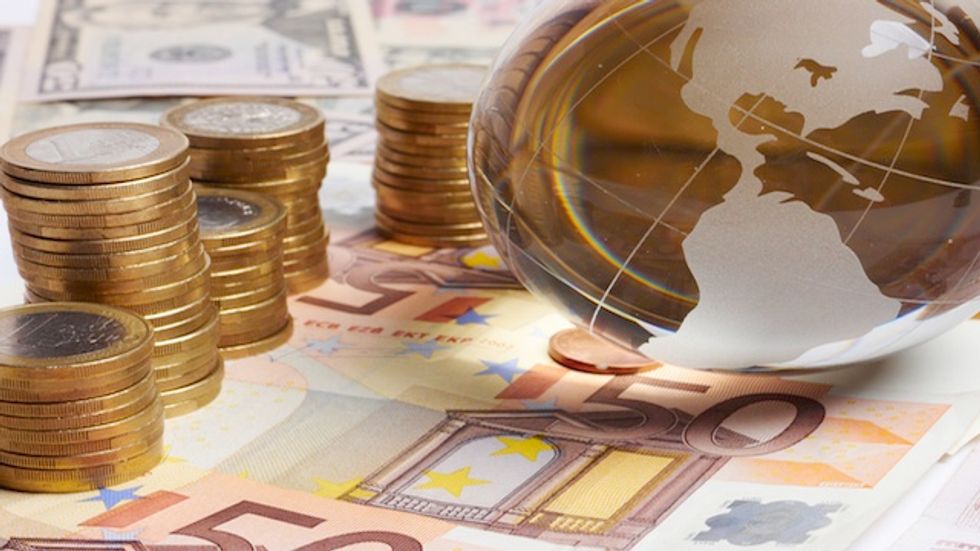 In the late 1970s economist Richard Thaler considered two scenarios. In the first, a man owns a case of good wine he bought in the late 1950s for $5 a bottle. When a wine merchant offers to buy his wine for $100 a bottle the man refuses, even though he never paid more than $35 for a bottle of wine in his life. In the second scenario, a man who mows his own lawn receives an offer from his neighbor’s son to mow his lawn for $8. The man refuses, even though he wouldn’t mow his neighbor’s same-sized lawn for less than $20.

Why the inconsistencies? Both scenarios highlight what Thaler termed the “endowment effect,” and it explains our irrational tendency to overvalue something just because we own it. Or, as Thaler puts it, “goods [that] are included in the individual’s endowment will be more highly valued than those not held in the endowment, ceteris paribus.”

Research over the years confirms Thaler’s initial observation. In 1990 he teamed with Daniel Kahneman and Jack L. Knetsch to conduct a clever experiment involving Cornell undergrads and coffee cups. The social scientists distributed coffee cups to half of the students but left the other half empty handed. The former group estimated a selling price and the later group a buying price. Would the students with coffee cups ask for more? This is exactly what the all-star team of researchers found; the undergrads with cups were “unwilling to sell for less than $5.25,” while their less fortunate peers were “unwilling to pay more than $2.25-$2.75.”

The question is what causes the endowment effect. In the 1980s Kahneman and his late partner Amos Tversky pointed out that humans are inherently loss averse. That is, losses hurt more than equivalent gains feel good. This is why Thaler’s hypothetical wine connoisseur demanded so much. For the connoisseur, selling his wine meant losing something, and to reconcile his loss, he demanded more than he would pay if he were the buyer. Kahneman and Tversky’s idea eventually helped Kahneman earn a Noble Price, but when it comes to explaining the endowment effect there might be more to the story.

In the last few years some psychologists have pointed out that the endowment effect results not from loss aversion but from a sense of possession, a feeling that an object is “mine.” In 2009 Assistant Professor of Marketing at Carnegie Mellon Carey K. Morewedge and a team of researchers conducted two experiments also involving coffee mugs. In one experiment, they found that buyers were willing to pay as much for a coffee mug as sellers demanded when the buyers already owned an identical mug. In another, “buyers’ brokers and sellers’ brokers agreed on the price of a mug, but both brokers traded at higher prices when they happened to own mugs that were identical to the ones they were trading.” Since the endowment effect disappeared when buyers owned what they were selling, Morewedge and his team concluded that, “ownership and not loss aversion causes the endowment effect in the standard experimental paradigm.”

Similarly, in 2010 Associate Professor of Organizational Behavior William Maddux and his colleagues published a study suggesting that the endowment effect is stronger in western cultures than East Asian cultures. In one experiment, one group of participants wrote about how important a white ceramic Starbucks coffee mug was to them; the researchers incorporated this ripple to put them into an “object-associate” mindset. The other group – the no-object-associate condition – wrote about how the mug was unimportant to them. Maddux et al found that

when object associations were made salient, European Canadians showed a significant endowment effect, whereas Japanese showed a striking trend toward a reversal of the normally robust endowment effect… [The results from all three experiments in this study] are consistent with cultural differences in self-enhancement and self-criticism, and we believe they are unlikely to be due to loss aversion, as individuals from Eastern cultures tend to be more prevention focused and biased toward the status quo than Westerners are.

This brings me to a brand new study in the Journal of Consumer Research by Sara Loughran Dommer, Assistant Professor of Marketing at Georgia Institute of Technology, and her colleague Vanitha Swaminathan, Associate Professor of Business Administration at University of Pittsburgh. Riffing on the findings produced by Morewedge, Maddux and other researchers, Dommer and Swaminathan posit that, “loss aversion has typically accounted for the endowment effect, but an alternative explanation suggests ownership creates an association between the item and the self, and this possession-self link increases the value of the good.”

To see if this is true the researchers conducted several experiments, in which they subjected participants to social self-threats. If ownership creates an association between the item and the self, then, as a means to strengthen identity, participants should demand more for items when the self is threatened. In other words, “after a self-threat… people can use possessions to affirm their self, and endowment effects are likely to be exaggerated.”

In the first experiment they manipulated social self-treat by asking half of the 46 participants to imagine themselves in a past relationship in which they felt rejected and write about thoughts and feelings associated with the relationship (self-threat condition); the other half wrote about an average day (control condition). Next, participants in the endowed condition received a good, in this case a ballpoint pen, and indicated if they preferred to keep it or exchange it for a cash amount ranging from ¢25 to $10. Their peers in the nonendowed condition picked between receiving the pen or the cash amount for each of the 40 prices.

In the second experiment 253 students from the University of Pittsburgh completed the same social self-threat manipulation featured the first experiment. But this experiment included a clever addition: the good was a reusable tote bag with the logo of either their university (Pitt) or their university’s rival (Penn State) prominently printed on it. The purpose of this addition was to test if participants valued in-group goods differently than out-group goods. Finally, an experimenter randomly determined the price of the tote bags and asked buyers and sellers if they wanted either the bag or the amount of money it was worth.

The first thing Dommer and Swaminathan found was that social-self threat indeed affected how people valued the ballpoint pen in the first experiment:

Similar results surfaced in the second experiment, which in addition to supporting the ownership account highlighted differences between how men and women valued in-group goods and out-group goods.

The results from [the second experiment] demonstrate that social identity plays a moderating role in the endowment effect by affecting selling prices, thus providing further support for the ownership account. We find that sellers experiencing a social self-threat have higher valuations of in-group goods than of generic goods, thus exacerbating the endowment effect. Regarding out-group goods, after a social self-threat, in the selling condition men had lower valuations of such possessions than of generic goods, while female sellers exhibited no such change in valuations. Therefore, the endowment effect for an out-group good was not present for men but remained for women.

Dommer and Swaminathan conducted two additional experiments that also examined how social self-threat and associations with the totes bag affected the endowment effect. They confirmed that when it comes to valuating identity-linked goods, “men… [are] more likely to perceive the self as separate from others [and] more likely to devalue out-group goods… [Whereas] women [are] less likely to attend to out-group differences, unless the intergroup comparison are made salient.” The main conclusion, however, is that we should understand the endowment effect as a function of ownership, and not loss aversion:

One implication of these findings is pertinent for clothing stores. If ownership increases how much a consumer is willing to pay for a good, it would be wise for storeowners to simulate a feeling of ownership in the customer. Enter fitting rooms: research suggests that customers are more willing to purchase an item of clothing after they try it on. Dommer and Swaminathan highlight similar tactics: free trials, sampling, and coupons, for example.