Mastermind: How To Think Like Sherlock Holmes (A Review)

A centerpiece of Mastermind is that the brain operates using two contrasting systems, which Konnikova terms System Holmes and System Watson. 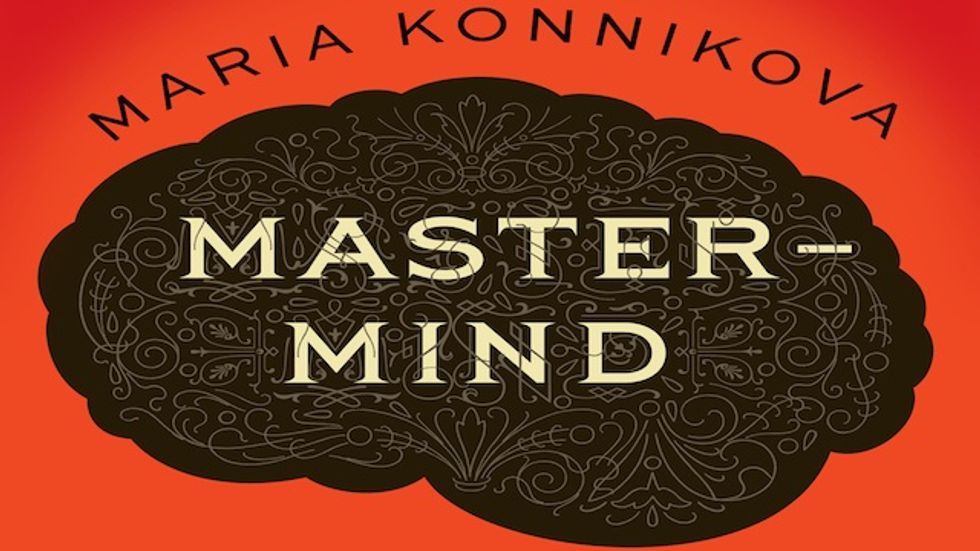 The history of literature is scattered with the male double-act, usually enriched by polarization. There’s Wodehouse’s Bertie and Jeeves and Cervantes’ Don Quixote and Sancho. Comedic duos include Abbott and Costello and Vladimir and Estragon from Waiting for Godot; superhero duos percolate comic books - Batman and Robin easily come to mind. I confess that my favorite pair, despite their intellectual shortcomings, is Harry and Lloyd from Dumb and Dumber.

None of these, however, offer a better metaphor for how the brain works (and how we ought to use it) than Arthur Conan Doyle’s Sherlock Holmes and Dr. Watson. And it is with this male double-act that Maria Konnikova, Scientific American blogger and former Big Think blogger, sets out to unpack contemporary psychology in her first book, Mastermind: How to Think Like Sherlock Holmes.

A centerpiece of Mastermind is that the brain operates using two contrasting systems, which Konnikova terms System Holmes and System Watson. The former is rational, deliberate and conscious; the latter is quick to action and mostly unconscious (readers familiar with Daniel Kahneman’s Thinking, Fast and Slow will recognize that System Holmes and System Watson largely correspond to System I and System 2). Most of us operate on System Watson: we stereotype, we’re quick to judge, we’re nudged by unconscious cues, our attention is limited and confirmation bias plagues our attempts at objective analysis - you almost want to conclude that since our irrationalities are predictable and systematic, we might as well sit back and shoot from the hip.

That’s where System Holmes comes in. Embracing System Holmes helps us decide rationally, think scientifically and avoid the deep and systematic cognitive biases that distort the way we think about the world. Why? The key to System Holmes is mindfulness. As Konnikova writes, “The problem isn’t a lack of attention so much as a lack of mindfulness and direction. In the usual course of things, our brains pick and choose where to focus without much conscious forethought on our part. What we need to learn instead is how to tell our brains what and how to filter, instead of letting them be lazy and decide for us, based on what they think would make for the path of least resistance.”

Consider, for example, how Holmes deduces that Watson has been in Afghanistan:

Here is a gentleman of a medical type, but with the air of a military man. Clearly an army doctor, then. He has just come from the tropics, for his face is dark, and that is not the natural tint of his skin, for his wrists are fair. He has undergone hardship and sickness, as his haggard face says clearly. His left arm has been injured. He holds it in a stiff and unnatural manner. Where in the tropics could an English army doctor have seen much hardship and got his arm wounded? Clearly Afghanistan.

This is classic Holmes thinking: rational and grounded in empirical observation.

Another hallmark of Mastermind is the concept of the brain attic as a metaphor for how we ought to use the brain. For Holmes, a person’s brain attic is a large but finite space. The key is how to organize it. “A fool takes in all the lumber of every sort that he comes across, so that the knowledge which might be useful to him gets crowded out,” Holmes says. “The skillful workman is very careful indeed as to what he takes into his brain attic.” According to Konnikova, this comparison bodes well with modern cognitive science and it is useful when it comes to improving our mental lives:

The basic structure may be there for good, but we can learn to alter its exact linkages and building blocks – and that alternation will actually rebuild the attic, so to speak, rewiring our neural connections as we change our habits of thought. Just as with any renovation, some of the major overhauls may take some time. You can’t just rebuild an attic in a day. But some minor changes will likely begin to appear within days – and even hours.

Passages like this make Mastermind sound like a self-help book, but that is an unfair categorization. The pages are filled with provocative psychological research that makes us think twice about human nature; Konnikova’s book ultimately belongs in the science section. The question is if Mastermind is a tribute to Doyle’s crime fiction that draws from psychology or the other way around. Probably the latter, but therein lies its strength: you walk away with a taste of what made Doyle’s writing memorable as well as a lesson from Psychology 101.

Incorporating Doyle’s crime fiction also helps Konnikova avoid writing just-another-psychology-book. If you’ve read How We Decide, Incognito or The Power of Habit a lot of the material in Mastermind will be familiar: most cognition is unconscious, our memory is flawed and cognitive biases making deciding rationally difficult. But I doubt readers who enjoy pop psychology books have a deep knowledge of Sherlock Holmes stories. This is why I enjoyed and recommend the book (I’m sure Baker Street aficionados will also enjoy). Whereas pop psychology books lambast the idea that humans are rational, Mastermind uses one of the great characters in fiction to bring important cognitive science research to life. And instead of giving readers benign advice (think more rationally) Konnikova leaves you with more memorable guidance: embrace your inner Holmes.