Embodied Creativity: Thinking Outside The Box Is More Than Mere Metaphor 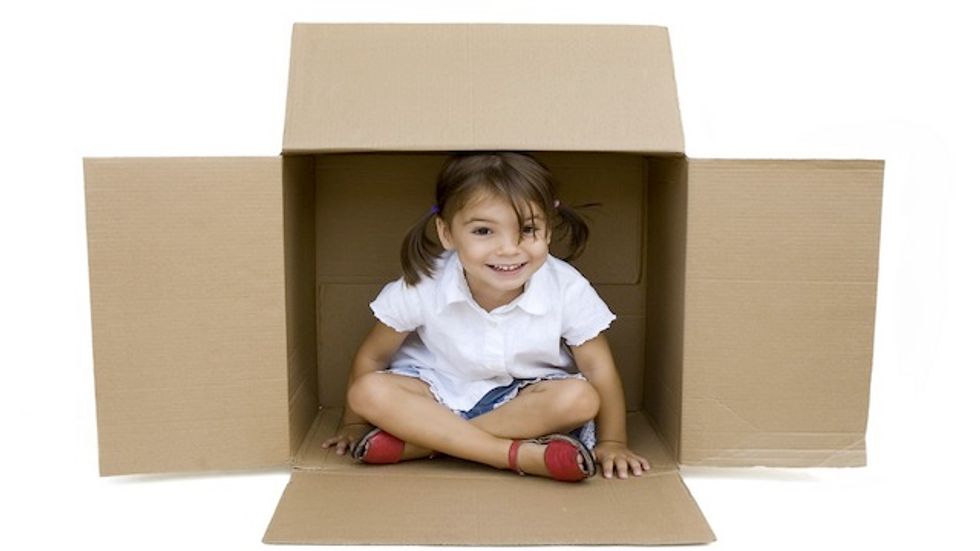 In the 17th century, the French philosopher and mathematician René Descartes famously argued that, “the mind or soul of man is entirely different from the body.” With this move, Descartes forever enshrined himself as a dualist.

Modern science tells us that Descartes was wrong; our bodies and brains are comprised of the same biological stuff – proteins, DNA, genes, etc. However, some cognitive scientists are taking this claim further: the brain is not just connected to the body, they say, the body also influences the brain. That is, rationality is greatly determined by how the body experiences the world.

For example, when we say that something is “over our heads” to express the idea that we do not understand, we’re drawing on the physical inability to perceive something over our heads and the mental feeling of uncertainty. When we say that someone is “warming up” to us, we are combining the subjective judgment of kindness, pleasantness and affection with the physical sensation of warmth. Cognitive scientists call this ever so revealing area of study embodied cognition.

Embodied cognition research illustrates many strange quarks about the human condition. One study, for instance, demonstrated that thinking about the future caused participants to lean slightly forward while thinking about the past caused participants to lean slightly backwards. Why? We treat time as a physical object that’s either in front of us or behind us. For example, if you’re experiencing a bout of pessimism I might remind you that you have, “the whole future ahead of yourself,” and encourage you to, “keep moving forward and leave the past behind you.”

Another study demonstrated that we conflate morality with being physically clean. In one of the experiments researchers showed that participants asked to think about moral wrongdoings like adultery or cheating where, compared to a control group who thought about good deeds, more likely to request an antiseptic cloth after the experiment. Again, our cognition is not confined to our cortices.

What’s interesting is the relationship between embodied cognition and creativity; two of my favorite subjects. Consider a study published this year in the journal Psychological Science. Angela Leung and a team of researchers conducted a series of experiments to see what happens when metaphors describing creativity are enacted physically. Is “thinking outside the box” real?

To find out, the researchers gathered 102 undergraduates. They completed 10-item Remote Associate Tests (RAT), which measures convergent thinking, while sitting in either a 5’ by 5’ box or in an averaged sized room. The RAT required the students to produce a fourth word (tape) that connects with three target words (measure, worm, video). Did the students who tackled the RAT “outside the box” preform better?

This is exactly what Leung et al found. Students who completed the RAT outside of the box generated more correct answers than students inside the box and students in a control condition.

Leung et al demonstrated embodiment for several other creativity clichés. In brief, ‘putting two and two together’ and ‘seeing both sides of the problem’ are more than mere metaphors. They are ideas in the brain enacted by physical movements in the environment. (Psyblog has a nice explanation of the full study)

Cognitive scientist Shaun Gallagher, author of the trippy book How the Body Shapes the Mind, puts it this way:

It will be interesting to see if embodied cognition becomes a new paradigm for thinking about the brain as cognitive science continues to accelerate into the future.