Creative Cheating: The Link Between Creativity and Dishonesty

Most “honest” people are willing to cheat by “fudging” their results in order to give themselves small gains. 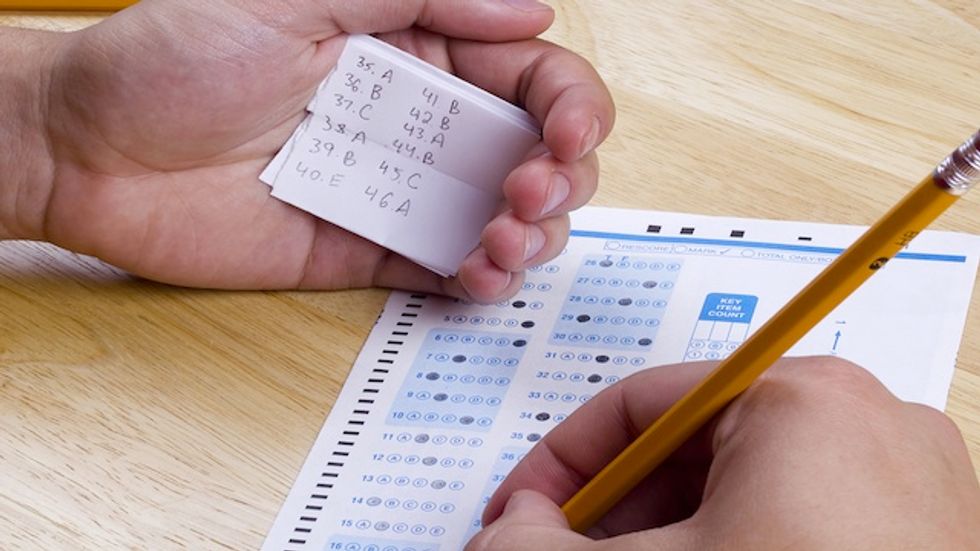 By the time French police arrested him in 1969, Frank Abagnale had posed as a lawyer, doctor, U.S. Bureau of Prisons agent, teaching assistant at Brigham Young University, pilot and, “passed $2.5 million worth of meticulously forged checks across 26 countries.” By any standard, Abagnale - who committed most of his crimes as a teenager - was a criminal. In fact, when he was finally captured, 12 countries wanted him on accounts of fraud.

At that point everybody had questions for Abagnale. How did he get away with all of it for so long? Why didn’t anyone notice his youthful appearance? And how did he manage to escape authorities, even after they captured him?

Abagnale’s unmatched intelligence, willingness to take a chance and charm created a strange cognitive brew that gave rise to his unusual accomplishments – if that’s the appropriate word. But he was also highly creative. He didn’t just steal and forge; he stole and forged in entirely novel ways. In this light - a somewhat pessimistic light – he was a creative genius.

Was Abagnale a cheater because of his crafty creativity? Consider a study published last year recently brought to the popular audience with the publication of Dan Ariely’s latest book The (Honest) Truth About Dishonesty. Ariely conducted five experiments for the study. In one, after measuring how creative each participant was, Ariely and his research partner Francesca Gino facilitated a multiple-choice test with cash rewards that depended on performance - the better people did the more money they made.

Here’s where things got tricky. Ariely and Gino gave the participants bubble sheets (think the SAT) with instructions to transfer their answers onto it. However, because of a “copyright error,” the bubble sheets already had the correct answers marked in. The error, of course, was a ruse. Ariely and Gino implemented this small ripple to give the participants a chance to cheat without getting caught. The question is: Would they?

The researchers found two things. The first is that many people cheated but only a little bit. This finding is consistent with Ariely’s thesis, which describes how most “honest” people are willing to cheat by “fudging” their results in order to give themselves small gains. Ariely demonstrates this with numerous studies and anecdotes throughout his book. By the end he concludes that cheating is a widespread phenomenon not just limited to a few bad apples.

The second finding confirmed Ariely’s and Gino’s hunch: creative people cheated more. “Those who cheated more on each of the… tasks had on average higher creativity scores compared to noncheaters, but their intelligence scores were not very different.” Why? Ariely thinks it has to do with storytelling. That is, creative types told themselves more convincing and justifying stories:

[T]he difference between creative and less creative individuals comes into play mostly when there is ambiguity in the situation at hand and, with it, more room for justification… Put simply, the link between creativity and dishonesty seems related to the ability to tell ourselves stories about how we are doing the right thing, even when we are not. The more creative we are, the more we are able to come up with good stories that help us justify our selfish interests.

What’s also interesting is the relationship between pathological liars and gray and white matter. Gray matter is a term that describes the neurons that power our thinking. White matter, in contrast, is the wiring that connects our brain. A study led by Yaling Yang found that – and this is the interesting part – pathological liars had 14 percent less gray matter in their prefrontal cortices, a part of the brain that helps us distinguish right form wrong. One interpretation of this finding is that pathological liars have a difficult time when it comes to moral dilemmas because of their lack of gray matter.

However, Yang and her team also found that the pathological liars had 22 to 26 percent more white matter in their prefrontal areas compared to a control group. In Ariely’s words, this means that “pathological liars are likely able to make more connections between different memories and ideas, and this increased connectivity and access to the world of associations stored in the their gray matter might be the secret ingredient that makes them natural liars.”

If we extrapolate these findings to the general population, we might say that higher brain connectivity could make it easier for any of us to lie and at the same time think of ourselves as honorable creatures. After all, more connected brains have more avenues to explore when it comes to interpreting and explaining dubious events – and perhaps this is a crucial element in the rationalization of our dishonest acts.

This doesn’t mean that the more creative you are the more of a cheater you are – correlation doesn’t equal causation. But Ariely does rightly point out that cheating requires a creative mindset. Such was the case with Abagnale. He didn’t cheat because of his creativity, but his novel brand of thievery couldn’t have been possible without his wildly creative mind. After all, “facts are for people who lack imagination to create their own truth.” Abagnale would agree.